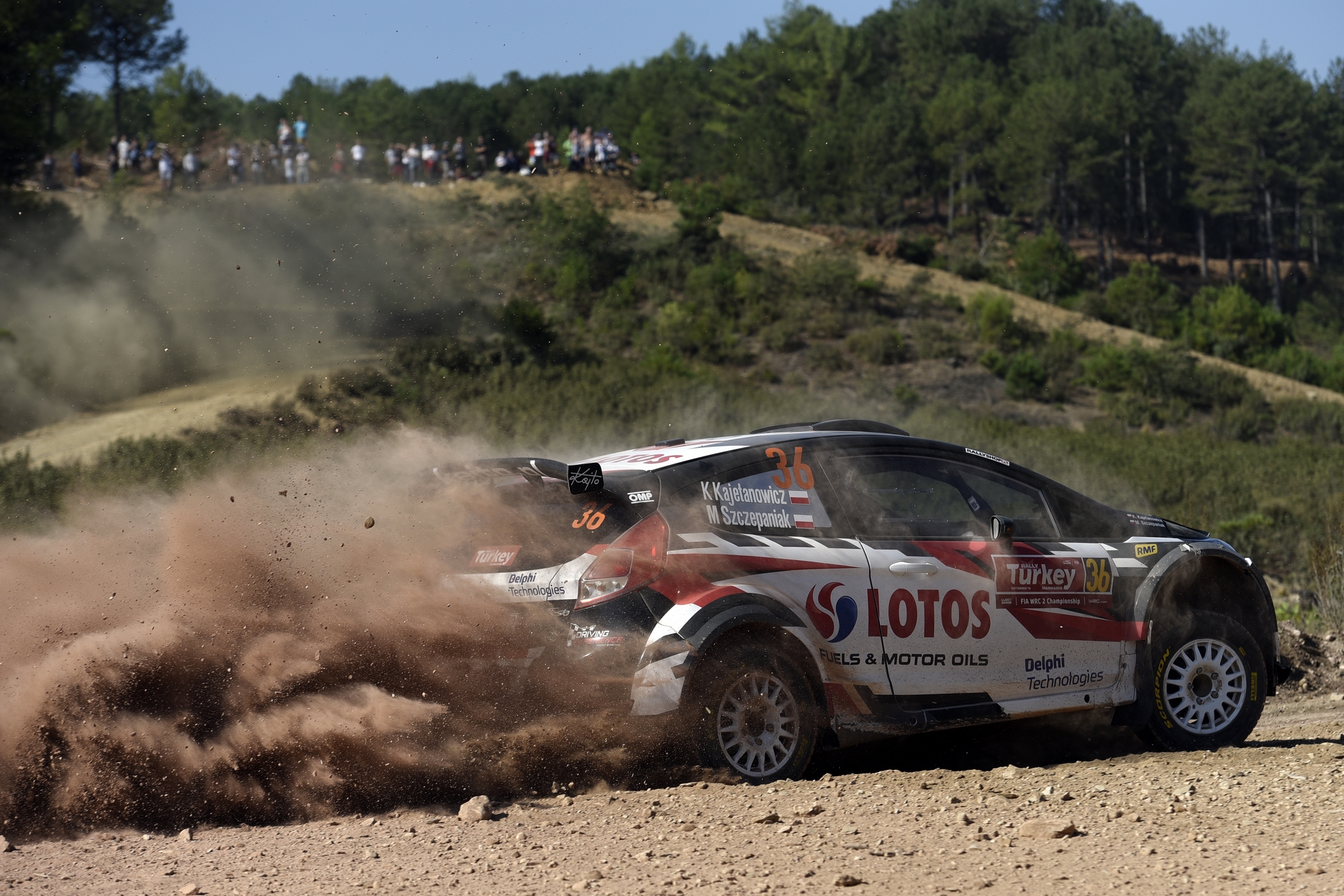 Unfortunate beginning of Friday’s running, which started with car failure, has not undermined Kajetan Kajetanowicz, who on the second loop displayed fast and assured pace. The LOTOS Rally Team driver recorded two second-fastest stage times in the WRC-2 category and moved into fourth position in the standings. Turkish WRC round, on its comeback to the calendar after eight years, showed its toughest features already during the opening leg. Triple European Rally Champion, co-driven by Maciej Szczepaniak, maintained concentration and self-confidence, narrowing the gap separating him from the top three. Tomorrow he will continue the battle against international competition.

On the first stage of the afternoon loop Kajetanowicz suffered similar fate to some other unlucky drivers, who punctured their tyres. The WRC-2 championship leader Kopecký, second-placed man Tidemand and Tempestini, who held third place in the rally, had to stop for tyre changes. The following two stages turned out to be definitely more successful, with two second-fastest times for the Polish driver. Only championship contender Kopecký was faster, by couple of seconds.

– We have completed seven special stages, totalling almost 150 kilometres. The second loop looked like a huge pile of stones, with route charted through it – and we have to drive on it. Even with extreme caution, it was quite easy to get a puncture and we also suffered. I think it would be really difficult to find someone who did not have any problems. You have to take a really unusual line on these roads, sometimes we have to weave on the straights. The road is unbelievably destroyed. We are able to record top-three times when we avoid problems, this makes us feel positive. It was difficult to regain motivation and put it together after the opening loop and power steering failure, but we managed to do it. We are optimistic although tomorrow it will be equally difficult