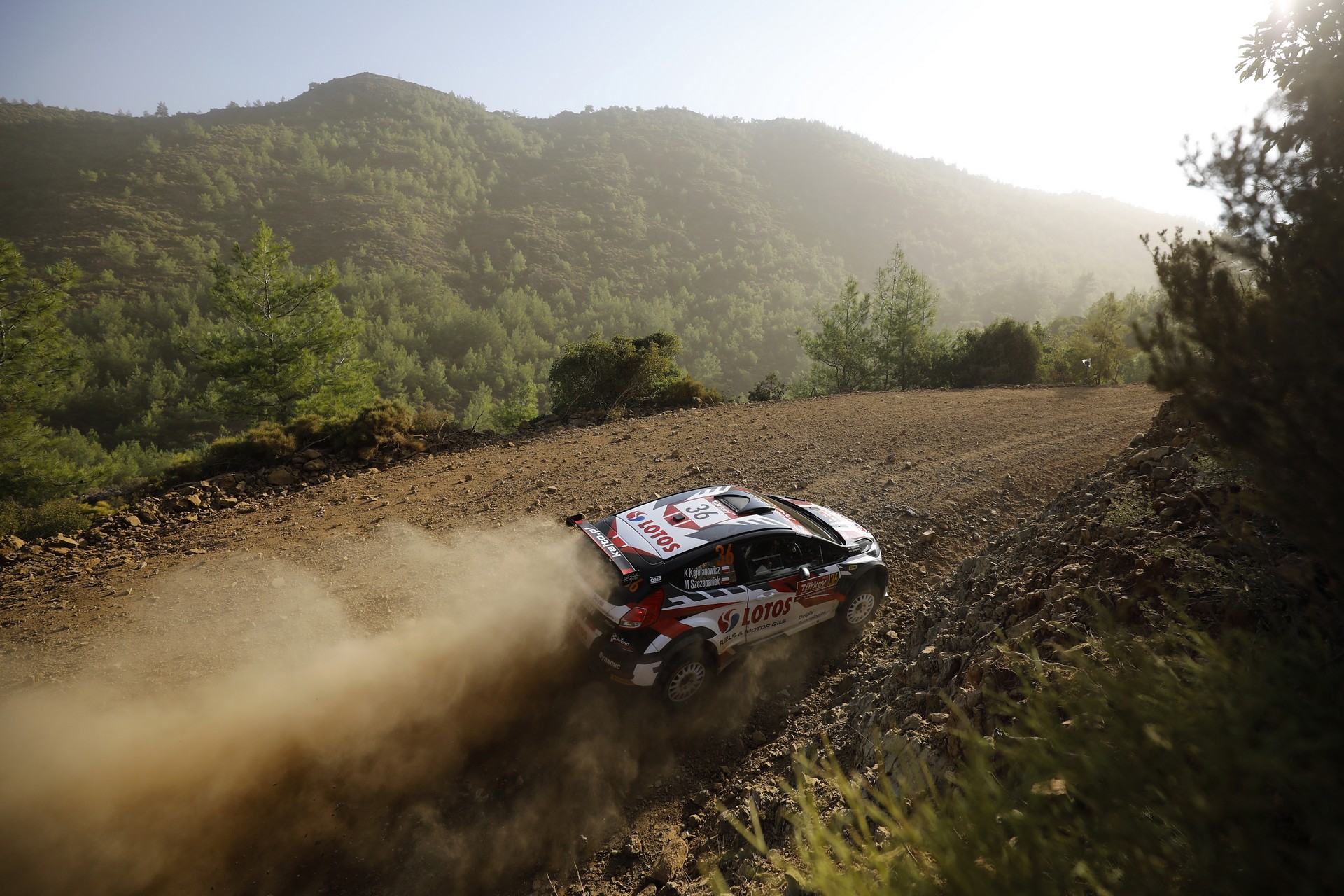 Rally Turkey 2018 (SS11-13): a perfect day for Kajetanowicz ends with another car failure

Kajetan Kajetanowicz and Maciej Szczepaniak won four special stages today and returned to a podium position in WRC-2, at the same time moving into top ten of the overall standings. Unfortunately before the finish line of stage twelve out of thirteen, the power steering in their car failed once again. Despite excellent pace, the Polish duo had to accept yet another time loss, falling to fourth position.

It was another memorable day full of positive emotions, upstaged towards the end by news of yet another car failure. Kajetanowicz, who on Thursday recorded his first ever WRC-2 stage win, added four more victories today. However, before the finish line of fifth stage of today’s leg his power steering broke down again and it cost him more than two and a half minutes. The Polish driver, co-driven by Maciej Szczepaniak, holds fourth place in the WRC-2 standings now, losing one minute and 36 seconds to the final podium position. He is also eleventh in the overall standings of Rally Turkey. There is still one leg to go, consisting of four special stages.

– We started yesterday’s leg with a power steering failure, today we finish with another one. On the plus side, we won most of the stages. Without these difficulties we would have had a chance to battle for victory in this rally, which is new to us. There is still one day to go but unfortunately we have very slim chances of fighting for the win. However, we will do our best and we will fight. My hands hurt even more than yesterday but we covered a lot of kilometres without power steering. Tomorrow we want to push, as a way of saying “thanks” to our fans. Many supporters from Poland arrived here to cheer for us. We believe that we can avoid unpleasant adventures. A lot of things can still happen in this rally, so definitely we will not give up and do our job. I hope you are still keeping your fingers crossed, just as you did it yesterday. It helped us a lot. We are looking forward to the future with optimism