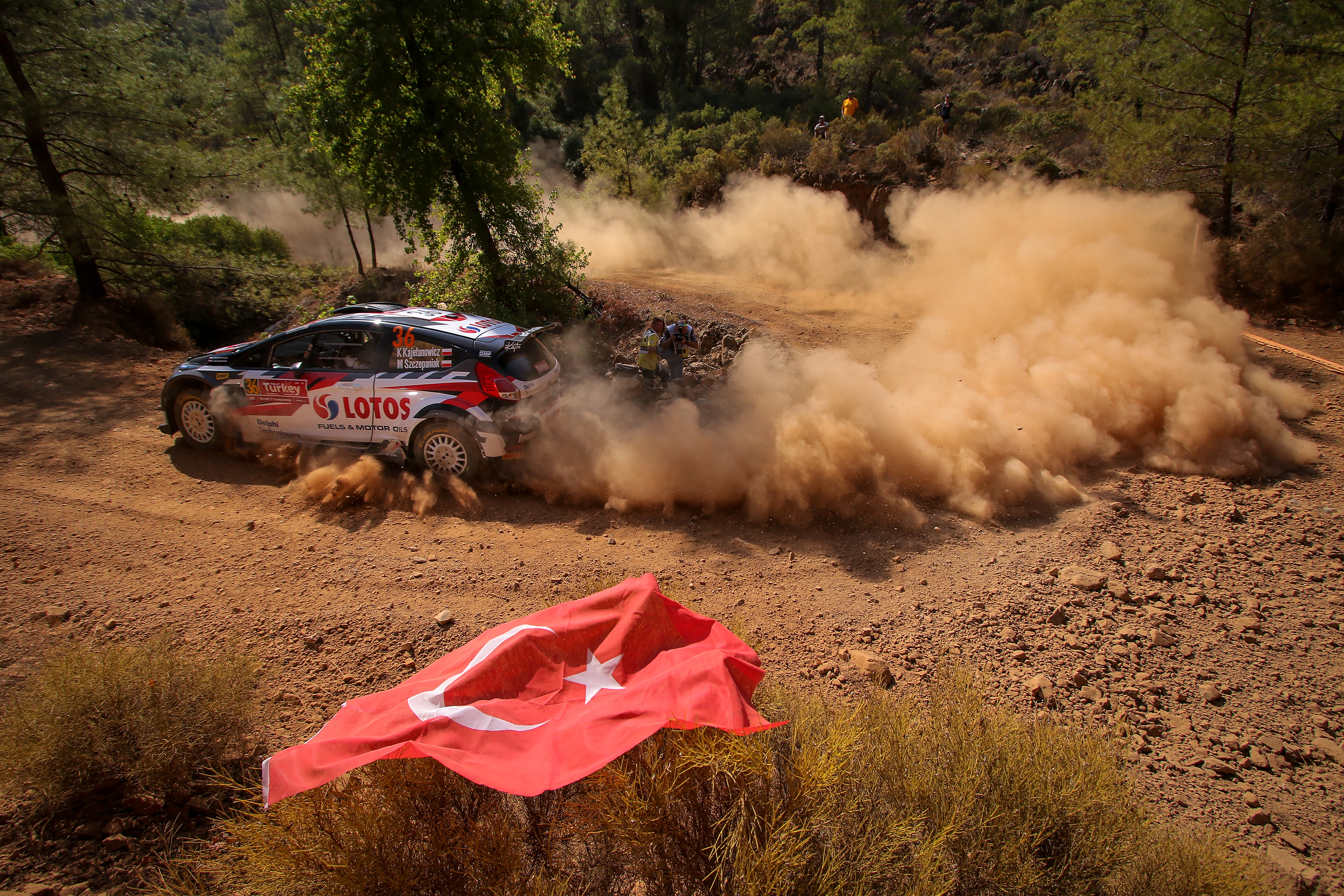 Over the course of the final leg of Rally Turkey Kajetan Kajetanowicz and Maciej Szczepaniak once again showed their masterclass pace, not giving their rival any chances. The LOTOS Rally Team crew won all stages of the final leg in the WRC-2 category, setting excellent times in the overall standings! During four days of competition the Polish duo won nine out of 17 stages in their category, despite two failures of their power steering. They proved that they can defeat factory crews and fight for victory as long as they do not have to struggle with technical problems.

Today’s leg turned out to be perfect for Kajetanowicz. The European Rally Champion set stage times allowing him to fight with the WRC cars (the Pole drives a Ford Fiesta R5 in WRC-2 category). On stage fifteen he was seventh overall, beating, among others, Suninen (Ford Fiesta WRC) or Mikkelsen (Hyundai i20 Coupe WRC), who was leading the rally after six stages. Eventually the Polish crew finished the rally in fourth position in their category (among 14 entered crews) and eleventh overall.

– You should never give up, especially when you enjoy so strong support of the fans – just like we do. Today’s leg was for them. We had a chance to win this World Championship round, which is new to the most of competitors. It is a nice feeling. We won all stages in WRC-2 today. We have completed a fantastic day, with plenty of emotions inside the car. I wanted more with every stage. My appetite came with… driving 🙂 I am really happy. The whole team worked tirelessly long before the event and these stage victories are a good reward for us. We are learning this championship all the time and we know what things could be improved and on which things we need to focus while preparing for the next rally. I think I will tell the story of this rally to my kids and despite those failures I will remember fondly this event

– We knew straight from the beginning that Rally Turkey would be demanding but probably nobody expected such a big challenge. You could easily spread all those dramatic events among a whole bunch or dozen of WRC rounds. Looking at our pace, this was a very successful rally. Kajetan showed that he is a very competitive driver in an event which is new to everyone, when you cannot use any experience from previous years. When it comes to pure pace, he was the fastest driver in the WRC-2 category, but unfortunately there are many factors which contribute to the final outcome of the rally – and car reliability is one of them. I always say that rallying is a team effort and a very complex sport. We are in fourth position, scoring solid points in his first season