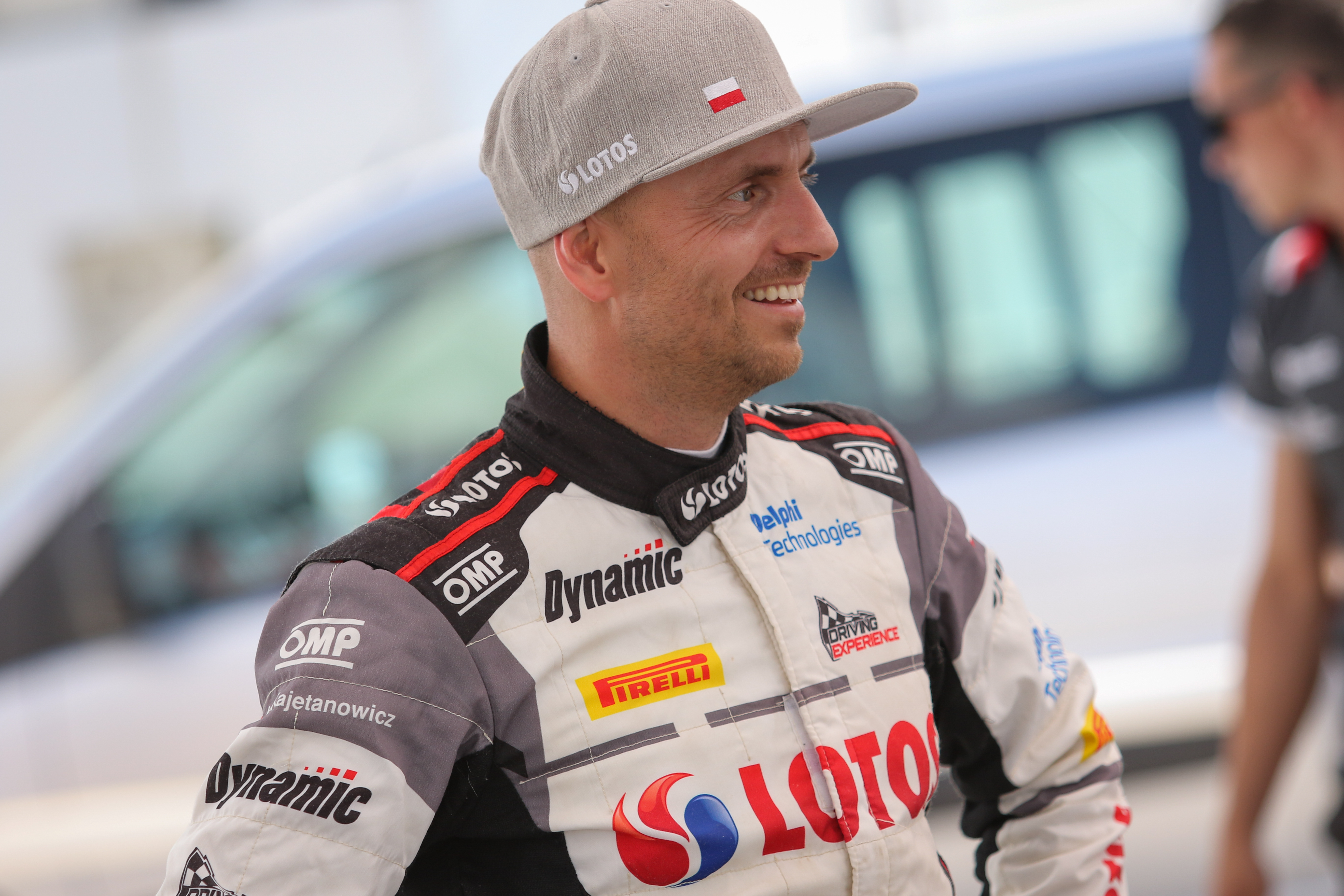 Rally de España 2018, SS1: Kajetanowicz in the mix on the Barcelona city stage

Rally de España, round twelve of the World Rally Championship, is underway. The fans are always looking forward to this event – the only one of the whole calendar which takes place on two types of surface: gravel and asphalt. Kajetan Kajetanowicz and Maciej Szczepaniak started the competition on a high note, with sixth-fastest time in WRC2 – finishing the opening stage among the factory crews!

On Thursday evening large crowd of enthusiastic fans gathered around the stage in the centre of Barcelona. The fastest time in WRC2 was set by Camilli/Veillas, competing in a brand new R5 rally car, Volkswagen Polo GTI. Runner-up spot was taken by Rovanperä and Halttunen and the top three was completed by the newly-crowned WRC2 champions, Kopecký and Dresler (both crews in factory Skoda Fabia R5s). The LOTOS Rally Team crew began the rally with sixth-fastest time, losing just 0.1 seconds to Petter Solberg – the 2003 World Rally Champion!

After finishing the stage in the second-largest city of Spain, the crews covered over 110 kilometres of liaison to Salou, where the gravel leg starts tomorrow morning. There are six stages to go on Friday, including the longest test of the whole rally: La Fatarella-Vilalba (38.85 kms).

– We are facing a huge challenge. The opening day takes place on gravel, over the next two days we compete on asphalt – and there is possible rain expected, so the roads might be damp. We will have to use different set-ups and completely different suspension sets. A couple of years ago I competed in Acropolis Rally, also on mixed surface, so that experience will be useful here. However, this is the World Rally Championship, with plenty of fast and experienced drivers. I know it sounds like a cliché, but we will try to drive our own rally. We feel a great fighting spirit and we will do our best to exploit our experience gained in the European Rally Championship. I hope the car performs well, as well as the crew and the whole team. Our motivation is certainly one of our strongest suits

The rally takes place on 25-28 October, with its base in the seaside city of Salou. This is the first outing in this rally for Kajetanowicz. No less than 15 of his WRC2 opponents have at least one start here under their belts. This certainly does not make it easier to achieve the goal of finishing the rally in the highest possible position. The opening leg on Friday consists of gravel stages while on Saturday and Sunday the fight takes place on asphalt.