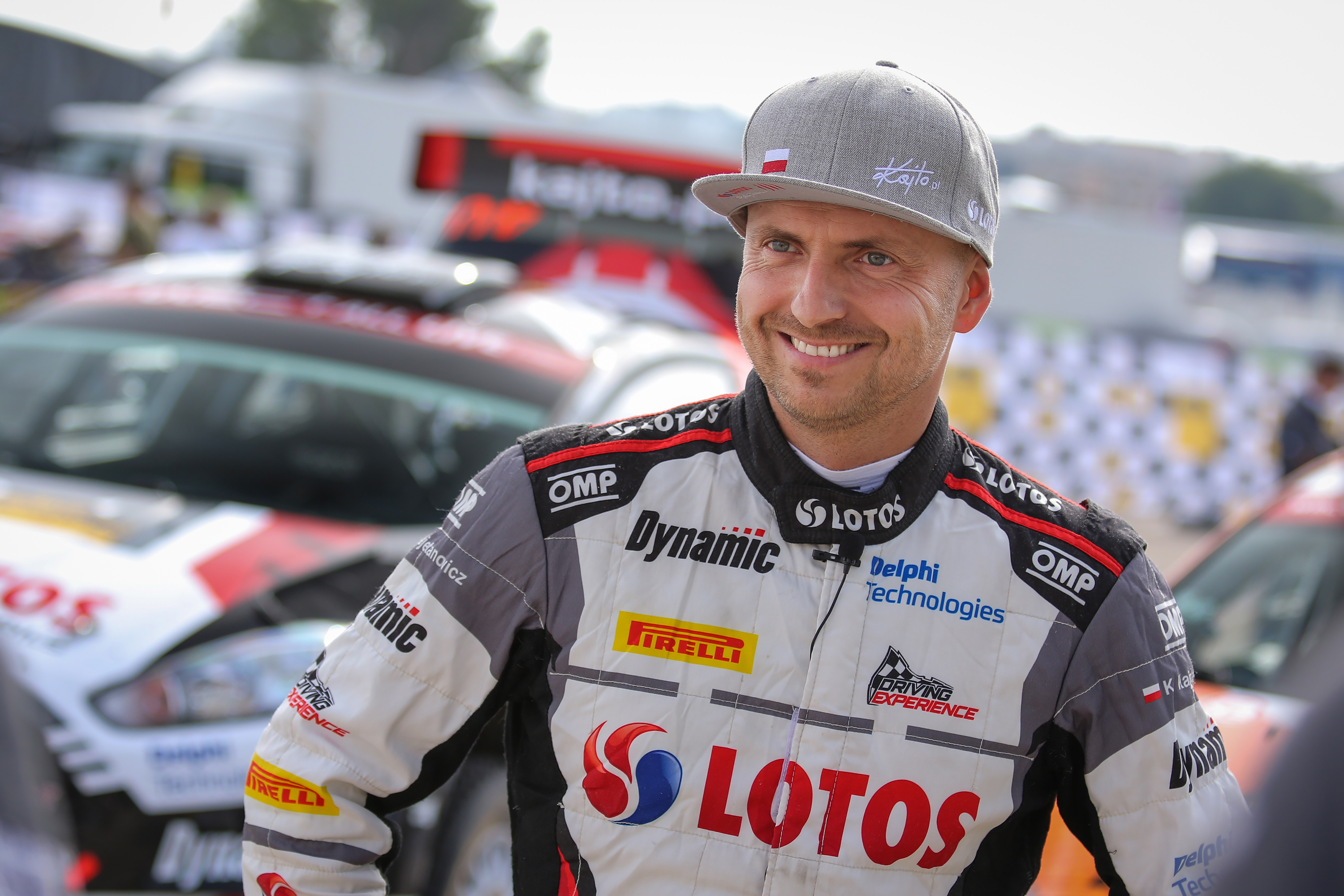 He came to Spain without any previous experience of this rally and faced twenty brilliant opponents in the WRC2 category. After flawless and consistent performance Kajetan Kajetanowicz finished Rally de España in excellent fourth position, right behind factory drivers. Triple European Rally Champion, co-driven by Maciej Szczepaniak, ended his campaign in this year’s World Rally Championship on a high note, fighting down to the wire with Petter Solberg – the 2003 World Rally Champion and double rallycross world champion (2014-2015).

Rally de España is the only WRC round contested on mixed, tarmac and asphalt roads. During the first two days the crews were running in rally cars prepared for loose surface and on Friday evening teams had to convert their machines into asphalt specification. Meanwhile, right after the service, a new, unpredictable actor joined the show – namely the weather. The temperatures dropped and heavy rain arrived, so the cars had to be equipped with wet tyres. It made things difficult for Kajetanowicz, who was constantly learning the grip levels of narrow and technical asphalt roads in the province of Tarragona on his first outing in this event.

The LOTOS Rally Team crew recorded competitive stage times right from the beginning, finishing almost every stage in top ten of the WRC2 standings. On SS14 in the city of Salou they scored sixth-fastest result in the overall standings, right in the mix with the strongest WRC cars.

– The chance to fight for top positions in such a difficult rally does not come for free. It is a result of hard work of the whole team. For me this rally was another debut and another step in our preparations ahead of the next season. We had planned just four events this year but I hope you are satisfied. As you know, we did our best, every single time. It is a joy and dream-come-true feeling but at the same time it is also a challenge and responsibility. There are many people behind the LOTOS Rally Team who ”fuel” my car: our partners, families, friends and fans. Everyone who believes in our success is a part of it. I want to remember about everyone at times like this. Thank you for your support

– Here, the weather was calling the shots. It seldom rains in Spain but you have to remember that this time the rally was held later in the year. I am happy that our tyre choices were virtually spot on because these decisions were very complicated. Every World Rally Championship round is unpredictable and writes its own history so we are very pleased with our fourth position – especially considering the fact that only factory crews finished ahead of us. Kajetan did a great job over the course of our incomplete season and only four rallies. Leaving aside excellent results in Germany, Turkey and here in Spain, he showed great pace, professional approach and huge commitment. All these things mean that we can look with great dose of optimism to what might happen in the future if he gets a chance to continue his WRC2 campaign

This season marked a debut campaign for Kajetan Kajetanowicz in the World Rally Championship. Every rally was completely new to him, therefore the main target was to gain experience and knowledge in the most difficult rally series of the world. The Polish driver commenced his year in June, with seventh position in Rally Italia Sardegna, and then added fifth place in Rallye Deutschland, in August. Mid-September, despite technical issues with his car, he scored fourth place in Rally of Turkey.