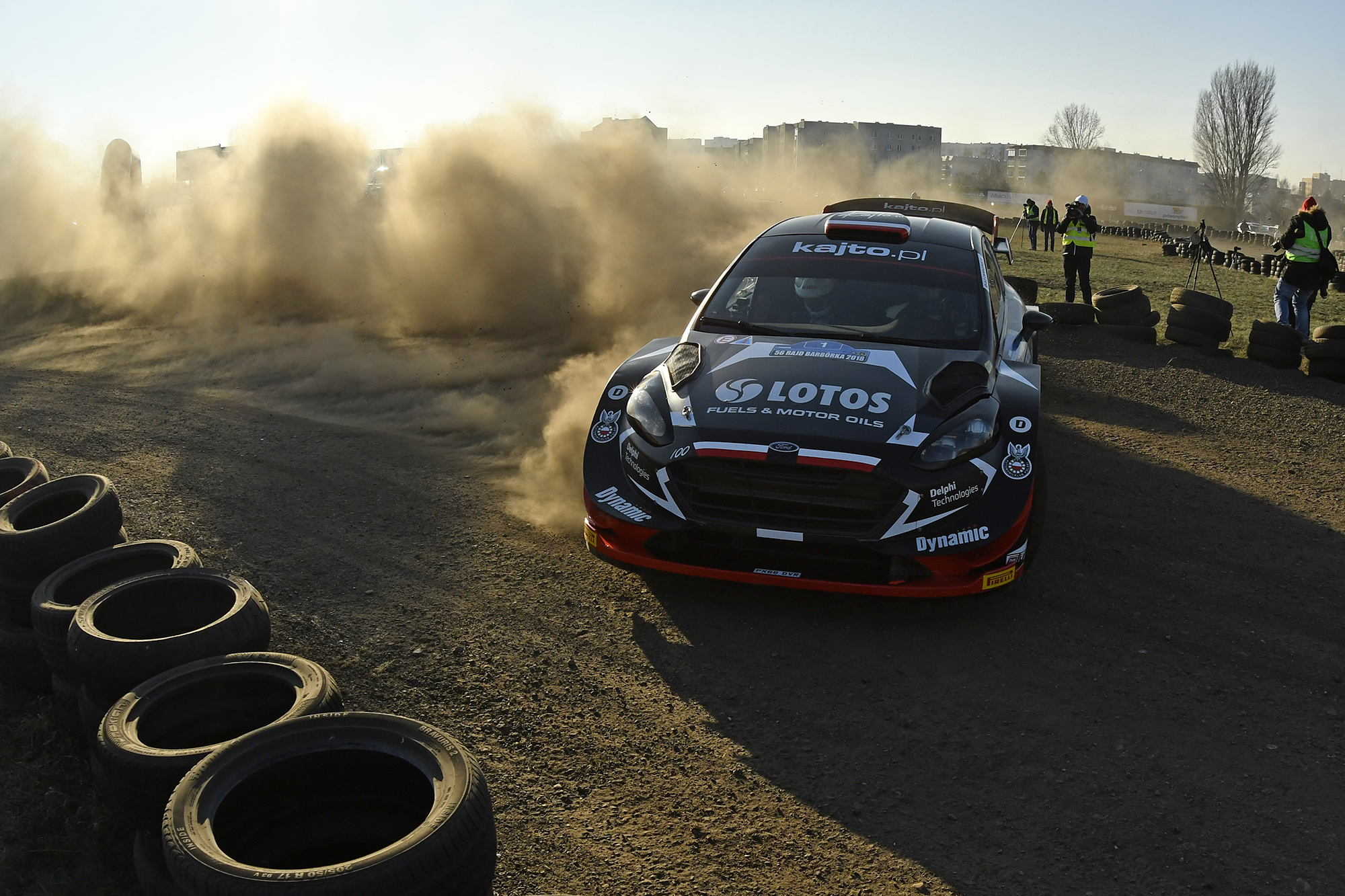 Rally Barbórka 2018: Kajetanowicz sets a new record, with sixth victory in a row!

According to unofficial results, Kajetan Kajetanowicz, co-driven by Maciej Szczepaniak, has scored his sixth consecutive win in Rally Barbórka! The LOTOS Rally Team driver set the fastest times on three of four special stages, once again leaving all his opponents behind. The driver from Ustroń competed in a Ford Fiesta WRC, showing this machine in Warsaw as a thank-you experience for his partners and fans for their support in this year’s World Rally Championship campaign.

The fight took place on two runs of Autodrom Bemowo and Tor Modlin stages. Although Kajetanowicz competed in a WRC car for the second time only, he drove faster and faster with every stage, gaining further experience in top class machinery. This is his sixth victory in this rally, equalling the record of Tomasz Kuchar. However, he became the first driver in history to win this event six times in a row.

– This is fantastic feeling, because the challenge was enormous. Very few people know how difficult it is for me. It is not easy to get behind the steering wheel of this car once a year and master it perfectly. I am happy that we are here, winning for the sixth time in a row. Nobody has done it before. The temperatures were very low but plenty of spectators watched our battle and I want to thank them. Congratulations to Miko Marczyk, he was very fast and did a great job. The Stage of Champions on Karowa Street still awaits us, we must stay focused

Demo runs of the Stage of Champions on Karowa Street begin at 17:00 CET. The competition, broadcasted live on TVN Turbo, starts at 18:30 CET. After timed runs Kajetanowicz will drive the stage one more time. He will be joined in the co-driver seat of his Ford Fiesta WRC by the winner of charity auction, with all funds raised for The Great Orchestra of Christmas Charity.