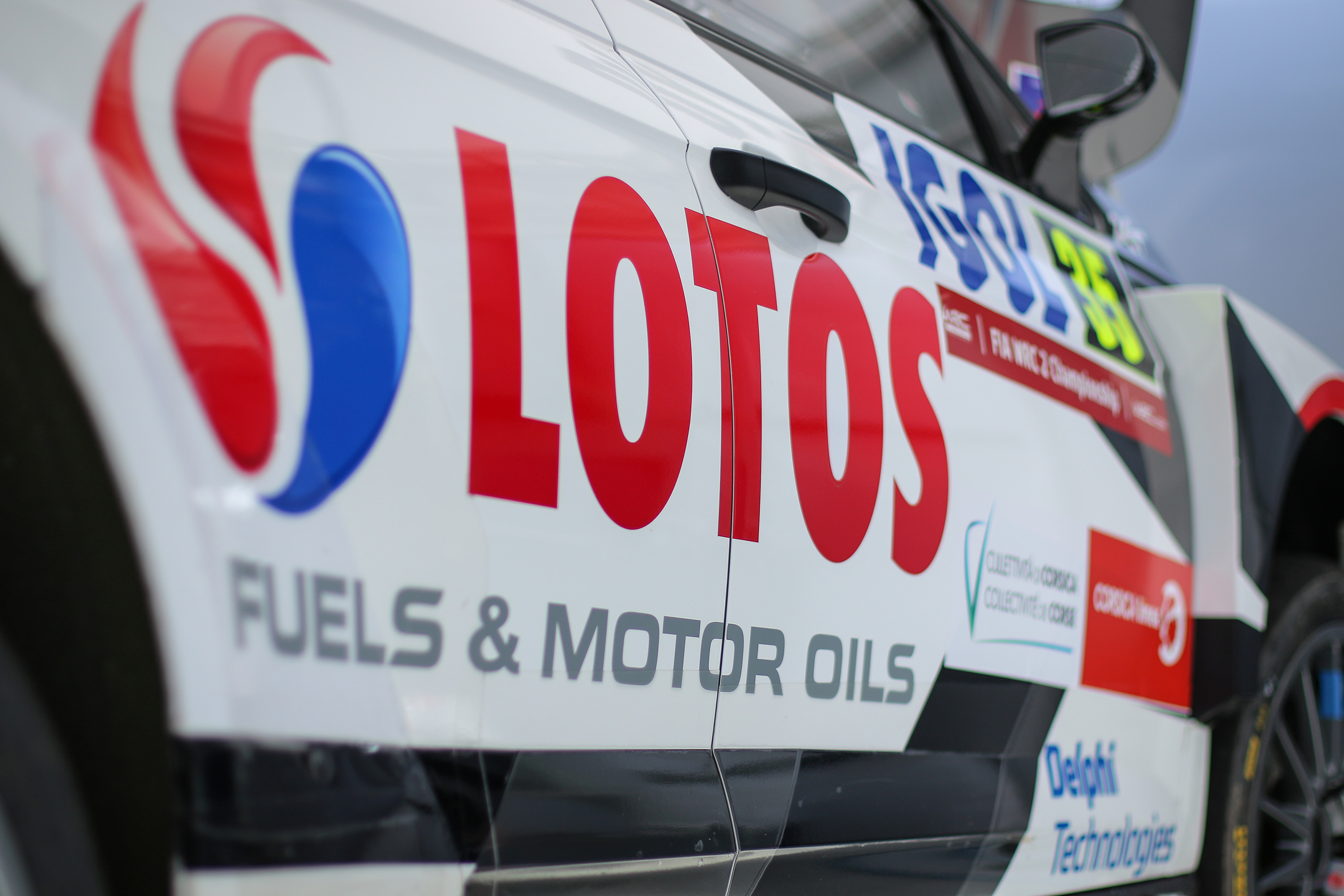 The LOTOS Rally Team crew ready for competition in Corsica!

Kajetan Kajetanowicz makes his debut in a brand-new car, a Volkswagen Polo GTI R5. The LOTOS Rally Team driver start his World Rally Championship season today, at Tour de Corse. Together with Maciej Szczepaniak he faces a fierce competition in a field of almost one hundred crews from twenty three countries.

Kajetanowicz and Szczepaniak commence their WRC-2 season. Their journey to the first event started last week, when they took part in a test session held in Italy. Afterwards they moved to Corsica and after some more preparations they began recce on Monday. The weather conditions surprised everyone – it started to snow and it shows that we need to be prepared for an extremely difficult rally.

– We completed three days of recce yesterday. We drove through several thousand of corners and now I need to analyse everything in my mind. This is a very difficult rally, with plenty of information in the pace notes. We had to pick the most important pieces of information already during the recce. I am happy that I can compete here. We have a new car and with every kilometre we will try to familiarise ourselves with the machine. We did around 150 kilometres of testing and I feel very well. Of course there are few questions marks but I will do my best to solve all puzzles during the rally. I hope that we can rely on support of our fans, who will keep their fingers crossed for us. We are well-prepared, and we hope for positive results

Tour de Corse marks the fourth round of the 2019 World Rally Championship. The organisers have prepared fourteen special stages with combined length of almost 350 competitive kilometres. On Thursday the crews test their cars on shakedown and afterwards they take part in an official starting ceremony, which begins at 19:00 CET in seaside town of Porto Vecchio. The fight begins on Friday, with six special stages without service between the loops. Overall the crews will battle on 120 competitive kilometres, commencing with Bavella test (17.60 kms) at 8:29 CET. On Saturday there are further six stages (almost 175 competitive kilometres), including the longest one in the rally – SS9 and SS12 Castagniccia (47.18 kms). The final day, Sunday, consists of two special stages.