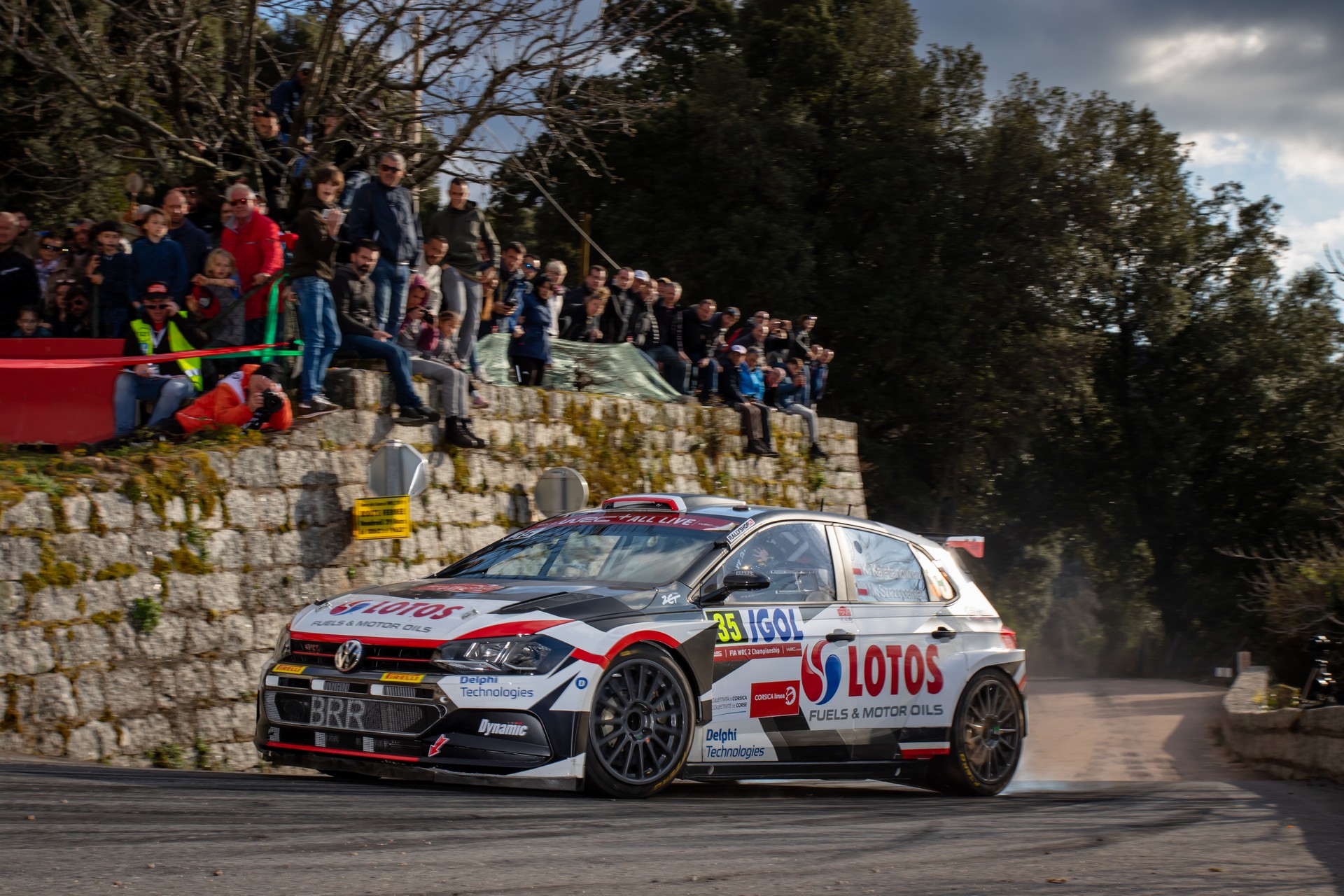 Kajetanowicz and Szczepaniak in close fight for WRC-2 podium in Tour de Corse!

Kajetan Kajetanowicz and Maciej Szczepaniak finished the opening leg of Tour de Corse with an excellent result. The Polish crew recorded second-fastest time on the final stage of the day, losing just one second to the French duo, Camilli and Buresi. Although this is their first outing in a new car, the LOTOS Rally Team crew show great pace and trail the top three by just five seconds!

The second loop of Tour de Corse was held in stable, sunny conditions. Kajetanowicz recorded fifth-fastest time on stage number four and followed this result with seventh-fastest time on the next test. The Polish driver did a great job on the last stage, Alta-Rocca 2, finishing the 17-kms test with second-fastest time. At the end of the day the LOTOS Rally Team crew hold fifth position in WRC-2. Camilli leads the standings, with Bonato in second position (+20.0 s, France), Gryazin (+42.7 s, Russia) and Ciamin (+46.2 s, France).

After intense battle on the stages, the crews completed a 155-kms road section to Bastia, where their mechanics take care of the cars during 45 minutes of service.

– We have completed the first day in our new car. This rally is fantastic, with beautiful and very demanding stages. On the second loop I focused more on understanding the way our car works and I think I am achieving this goal. We recorded a top-three stage time against strong competitors, which of course makes us happy, but we still have a lot to do. There are plenty of spectators on the stages and this is a bit distracting, but certainly in a positive way. We have to maintain our focus at the highest level. You can easily miss a seemingly unimportant piece of information on these twisty roads and you will feel the consequence in the next corner. Now it is time for Saturday, the longest and probably the toughest day of the rally