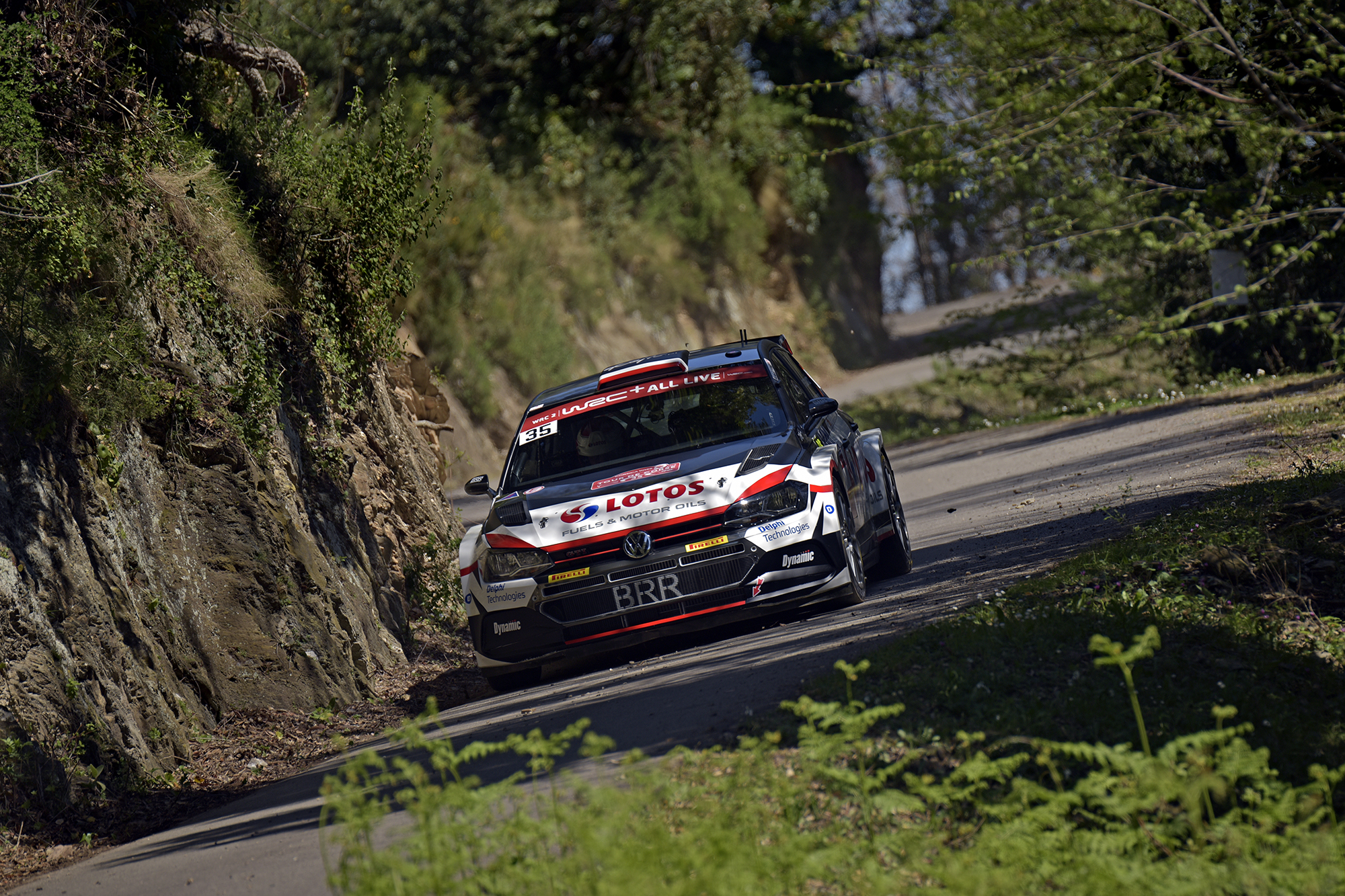 The LOTOS Rally Team crew have enjoyed a strong opening at Tour de Corse. Kajetan Kajetanowicz and Maciej Szczepaniak, in their first outing in a new car, are right in the mix with WRC-2 frontrunners and occupy fifth position after three special stages, less than four seconds off the podium!

The first leg of Tour de Corse started today at 7:00 CET. Kajetanowicz and Szczepaniak started their 2019 campaign with fourth-fastest time on Bavella 1 stage (17.60 kms), losing just one tenth to the top three. On the second test – Valinco 1, the longest of today’s stages, with almost 26 kilometres – the LOTOS Rally Team crew recorded sixth-fastest result in WRC-2 category and then added fifth-fastest time on SS3 Alta-Rocca 1 (17.37 kms). After completing over 60 competitive kilometres, they hold fifth place in WRC-2, losing less than four seconds to third-placed crew.

– We have completed a trouble-free loop, everything was in order. I get to know my car better, my feeling is also getting better. There are many places where the surface surprises us with grip, it is changing from corner to corner. It is very difficult but this is what we expected and we are ready for this. We have no service break during this day – we can use only the tools which we have in the car, so the only thing we can do is to change the tyres. Now we are looking forward to the next loop. We are happy with our pace and everything goes according to the plan

Tour de Corse marks the fourth round of the 2019 World Rally Championship. The organisers have prepared fourteen special stages with combined length of almost 350 competitive kilometres. Friday’s leg consist of six special stages without service between the loops. The crews have to work on their cars on their own, with one short 15-minutes break to fit new tyres. Today’s fight takes place on 120 competitive kilometres and it started Bavella test (17.60 kms) at 8:29 CET.