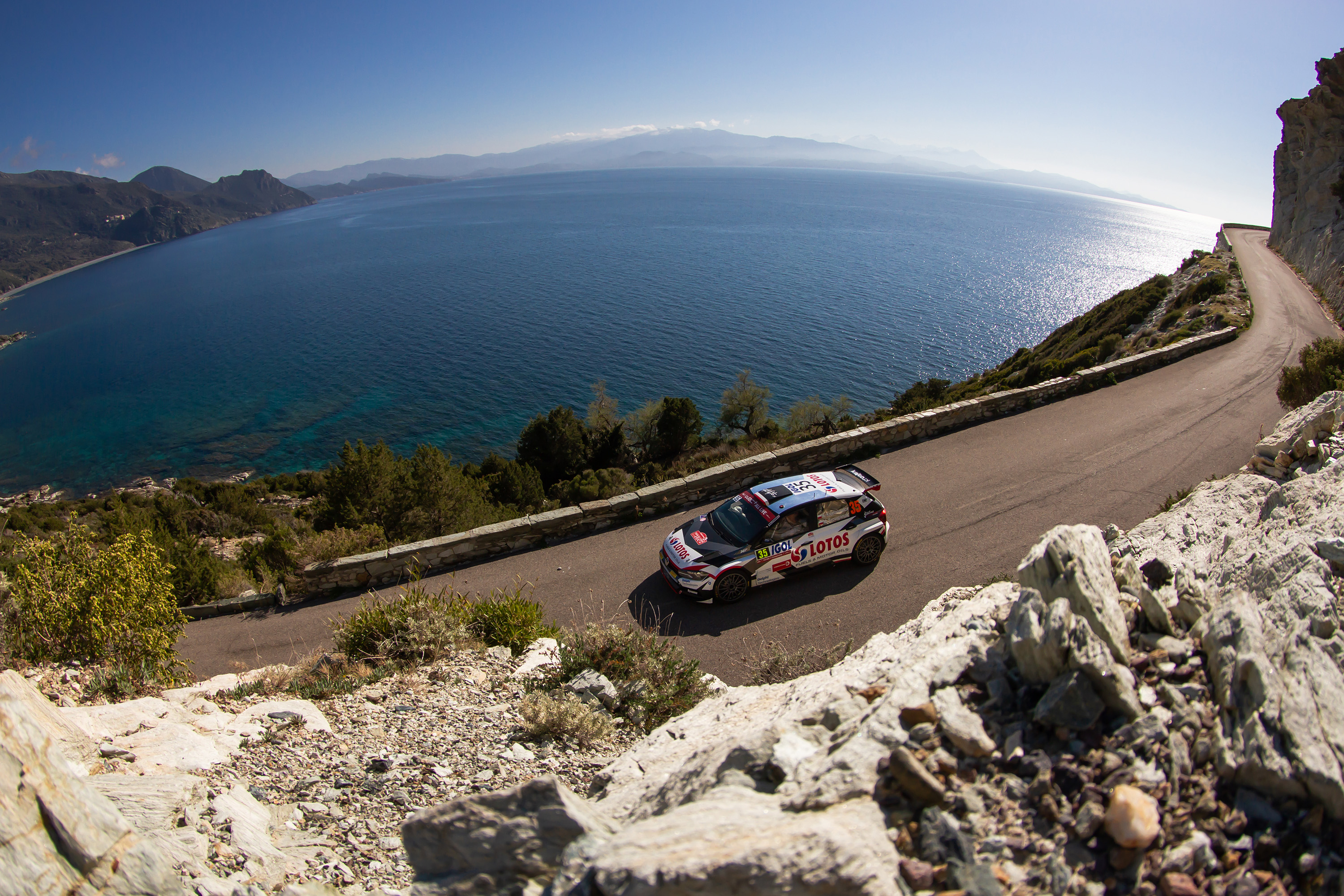 The LOTOS Rally Team crew scores a podium position in round four of the 2019 World Rally Championship, known as “the rally of ten thousand corners”. Kajetan Kajetanowicz and Maciej Szczepaniak started their 2019 campaign in fine style, not only gaining valuable experience in a new car but also scoring solid points for third place in WRC-2!

This is the first World Rally Championship podium finish for Kajetanowicz, in his only sixth event at this level and first in the new car. The Polish driver, co-driven by Maciej Szczepaniak, diligently pursued his goal to know his rally car better, which resulted in improved pace on the stages. The LOTOS Rally Team crew leaves Corsica with 15 points in the standings and trophies for third place in WRC-2, after fierce competition on over 345 kilometres.

– This long-awaited season – our first full campaign in World Rally Championship – started with exceptional event. I have often said that this series is very demanding and this year’s Tour de Corse was a fine example of that. However, I was happy with every kilometre on the road and I got plenty of experience. I was gaining more and more knowledge about our car, which kept on revealing its secrets to us. It is not easy when you want to fight for fractions of seconds at the same time, but our ambitions always stretch forward! This rally was full of novelties and moments with adrenaline at the top level – such as special stage number nine, the longest in my career so far. It is difficult to describe in few sentences the feelings I had at the rally finish but… I will probably never forget it! 🙂 Many thanks to our strategic partner, Grupa LOTOS, and also to Delphi Technologies, Driving Experience and Pirelli. This is our joint success. We are on the podium because our whole team did their best and will continue to do so, proudly representing Poland in the most important rallies around the world

– I was really impressed with pace of Kajetan in his first outing on new stages and in new car. As usual, we did our best to avoid mistakes, because they are inevitable during such difficult rally. Our first WRC podium together brings us plenty of joy but we remember that this is just the beginning of our season. We strive for more battles – especially as we are going to take part in great event, Rally Argentina – they have not only tasty steaks but also fantastic special stages! 🙂

The organisers of round five of the 2019 World Rally Championship, Rally Argentina, published the entry list during Tour de Corse. It includes the LOTOS Rally Team crew. Kajetan Kajetanowicz will make his first outing in South America, fighting on legendary gravel stages in Argentina. The event starts on 25 April.