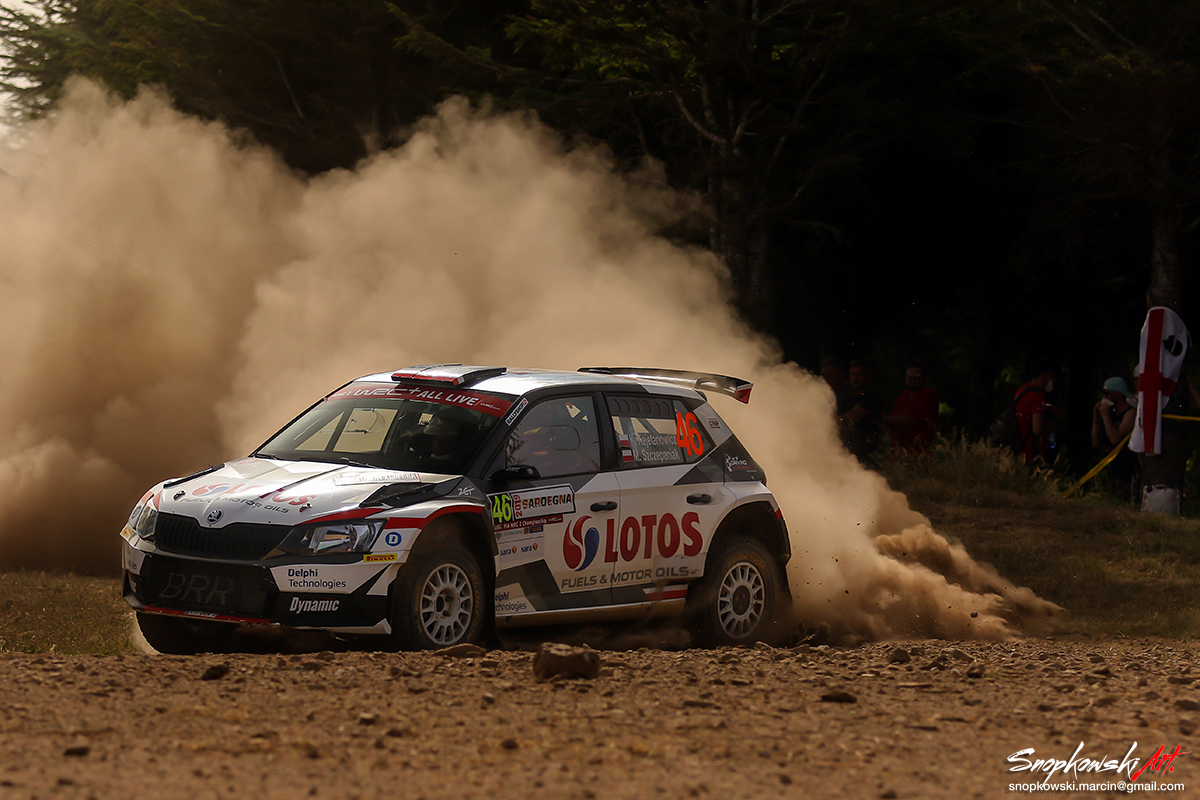 Podium position for Kajetanowicz and Szczepaniak after Saturday’s opening loop

Kajetan Kajetanowicz and Maciej Szczepaniak compete in the longest, second leg of Rally Italia Sardegna today. The LOTOS Rally Team crew recorded fourth-, third- and second-fastest times on the stages, moving up into a podium position in the WRC-2 standings! The Polish duo show excellent pace in their first rally in a Skoda Fabia R5, gaining momentum stage by stage.

The day started with almost 15-kms Coiluna-Loelle 1 stage, where Kajetanowicz went fourth-fastest among the WRC-2 competitors. Next came Monti di Alà, the longest test of this year’s Rally Italia Sardegna. The Polish driver covered over 28 kilometres of this gravel, twisty stage in less than eighteen minutes, recording third-fastest time. He did even better job on the final test of the loop – Monte Lerno 1 (28.03 kms) – where the reigning European Rally Champion, co-driven by Maciej Szczepaniak, trailed the stage winner by just 4.4 seconds and moved into top three of the WRC-2 standings.

– We have completed the first Saturday’s loop and it went according to the plan – or even better. We drove very fast while the plan was to drive just fast. We managed to record some very good stage times. We have plenty of fun and my feeling of the car gets better – and this car is new to me. We have to keep our focus and it gets difficult in hot conditions, especially on the second loop. Sardegna is a random deal so it is going to be hard, but of course we will do our best. It is important that you keep your fingers crossed and support us! We see Polish flags, it matters a lot to us. There are many spectators in some areas and it also gives us wings

The Polish crew face another loop after visiting the service zone – it consists of the same set of three special stages, but the road surface, damaged after the first passes, will be even tougher to cope with. Kajetan and Maciek will return to the service zone in the evening.