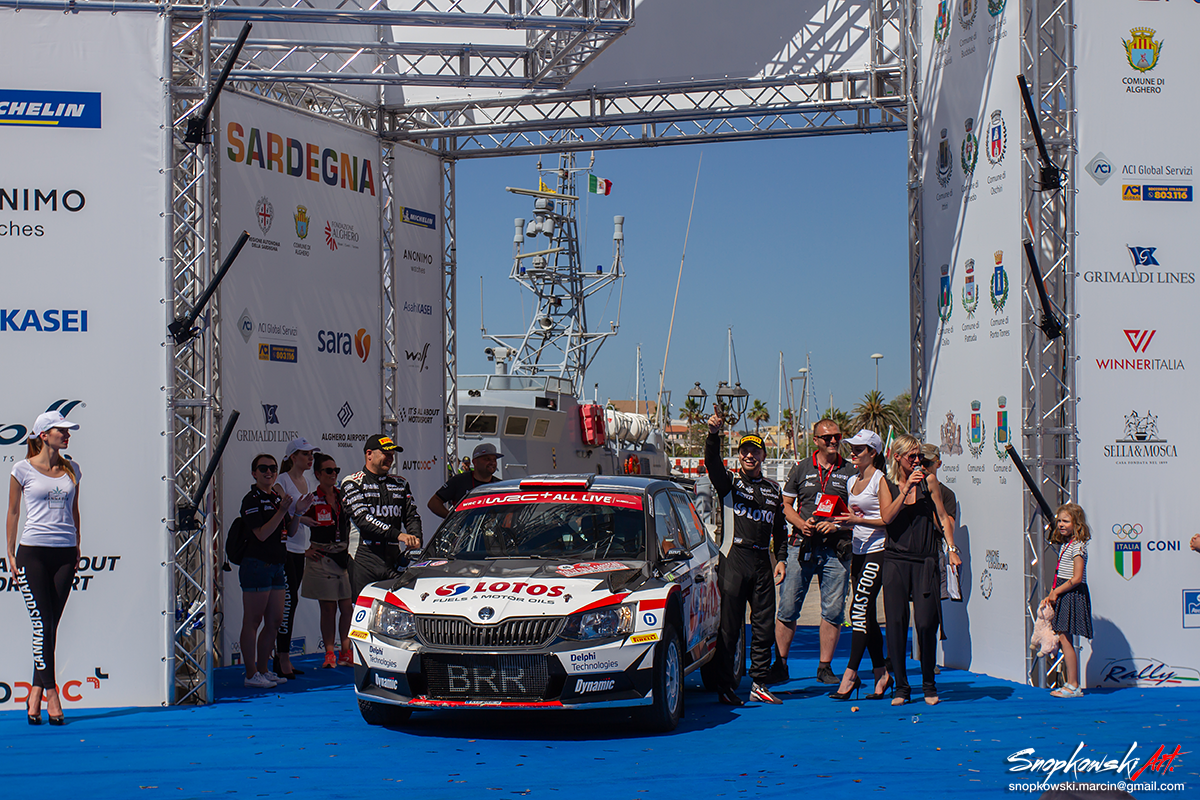 Rally Italia Sardegna came to an end. Kajetan Kajetanowicz and Maciej Szczepaniak scored the best result in the history of their partnership in the World Rally Championship. The LOTOS Rally Team crew claimed second place in the WRC-2 standings after four days of challenging competition and covering nineteen special stages!

The Polish crew enjoyed a great comeback to the World Rally Championship stages during round eight of the 2019 season. It was a very demanding rally in which Kajetanowicz and Szczepaniak completed nineteen gravel special stages aboard their Skoda Fabia R5, covering over 310 competitive kilometres. Ultimately they scored second position in the WRC-2 standings of Rally Italia Sardegna. The Polish driver competed for the second time in the Italian island and it was his eighth rally at the World Championship level. Kajetan and Maciek were greeted at the finish line of the final stage by large crowd of supporters. Afterward the LOTOS Rally Team crew drove to Alghero where after short service break they took part in podium ceremony.

– This is one of the most beautiful and the most difficult days of my career. Beautiful because we took second place in a world championship round, in Rally Italia Sardegna. This is our best result to date – and also our second podium finish this year. Difficult because this Sunday was really tough mentally. We had to withstand very strong pressure, maintain sufficient pace and avoid losing positions. In fact we managed to move up in the standings. I would like to thank our rivals for fantastic fight in this difficult rally. Many thanks also to the whole team, everybody did a great job. The LOTOS Rally Team have performed brilliantly and I am very grateful for that

According to unofficial rally results, Kajetanowicz gains thirteen positions in the championship classification and moves up to sixth place.