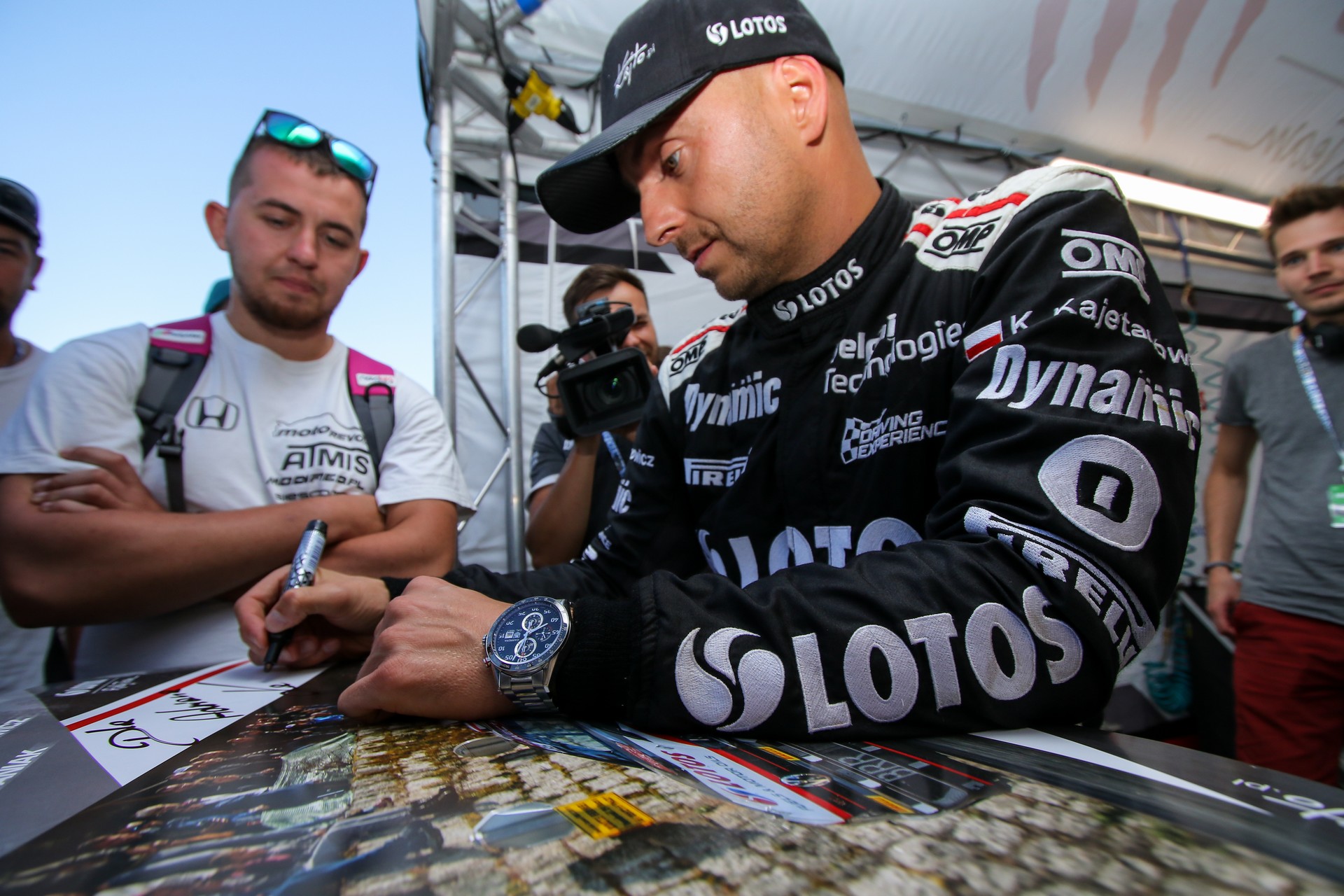 The first loop of the longest stage of this year’s Rallye Deutschland has come to an end. Four special stages in the beautiful weather brought a lot of excitement and a lot of twists and turns. Kajetan Kajetanowicz and Maciej Szczepaniak are doing well in the tenth round of the World Rally Championships, as they are reducing their difference to the previous Italians and are only 1.6 seconds behind the podium! The rivalry, which is followed by crowds of fans, now moves to the area of the Baumholder training ground, where two trials have been scheduled. Among them is the longest stretch of Panzerplatte in the rally, measuring more than 41 kilometres.

After the accident of the WRC2 leaders, the Lefebvre/Dubois duo, Ciamin and Roche took the lead, but dropped out of the track in the subsequent attempt. Fortunately, the team was not hurt. The LOTOS Rally Team came on with the fifth time three times, finishing the loop with the fourth result in the Romerstrasse II section. Currently, they are in fourth place, only one second and six tenths behind the podium. The leader position was taken by Kreim and Braun.

– In the last section we were fourth, and the difference between the first and fifth player was less than two seconds. This shows how fast we are going. This pace satisfies me. We will try to keep it up. At the moment we are only a few seconds away from the podium. We are fighting very hard. I’m trying to drive smartly and wisely. I do my job as best I can. I have a lot of fun driving!

The special sections of the 37th ADAC Rallye Deutschland are more than 344 kilo-metres long in total.