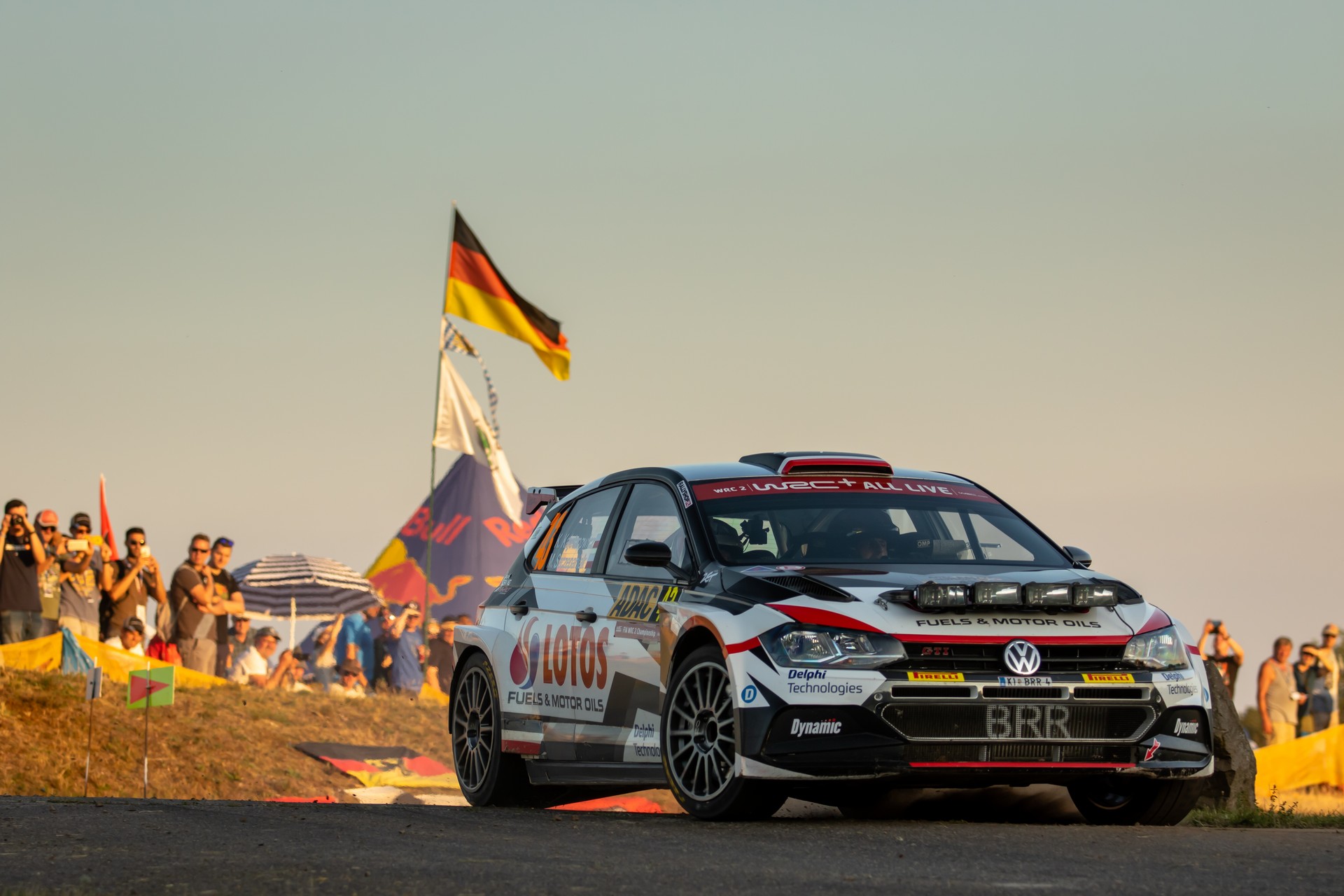 Kajetanowicz and Szczepaniak take the podium on Rallye Deutschland 2019!

Nearly 345 kilometres of fighting, nineteen special stages, international competition with local specialists and a rally called “three in one”. This year’s edition of Rallye Deutschland brought many twists and turns of action and drama, which, fortunately, the Polish team managed to avoid. Kajetan Kajetanowicz and Maciej Szczepaniak finished in an excellent third place in the WRC2 category, succumbing only to the two-time champion of Germany, Fabian Kreim, piloted by Tobias Braun, and the next representatives of this country, Marian Griebel and Pimin Winklhofer. The most important thing, however, is that the LOTOS Rally Team is leaving Germany with a large number of points for the seasonal classification of the World Rally Championship!

Three in one – narrow and often dirty side roads of western Germany, fast and winding fragments in vineyards and famous and unforgivable sections in the Baumholder military training ground. Kajetanowicz and Szczepaniak step by step built their pace in Volkswagen Polo GTI R5, to which they returned after a break. The Poles drove confidently and evenly, avoiding the bigger mistakes that happened to competitors. During the final stage, the LOTOS Rally Team attacked, winning the eighteenth attempt. Eventually, our representatives ranked third just behind the German crews, who do not compete in the full WRC season.

– We finished third in Rallye Deutschland, three seconds to the second position. About 20 seconds were missing for the first step of the podium. I think that after four days of racing it was a very good result. I am proud of the whole LOTOS Rally Team, who did a great job. I think that Maciek and I should be satisfied with ourselves. We are waiting for the next rally and drawing conclusions from this one. Keep your fingers crossed for us!

The next start of Kajetan Kajetanowicz will be the Rally of Turkey, which will start on September 12th.