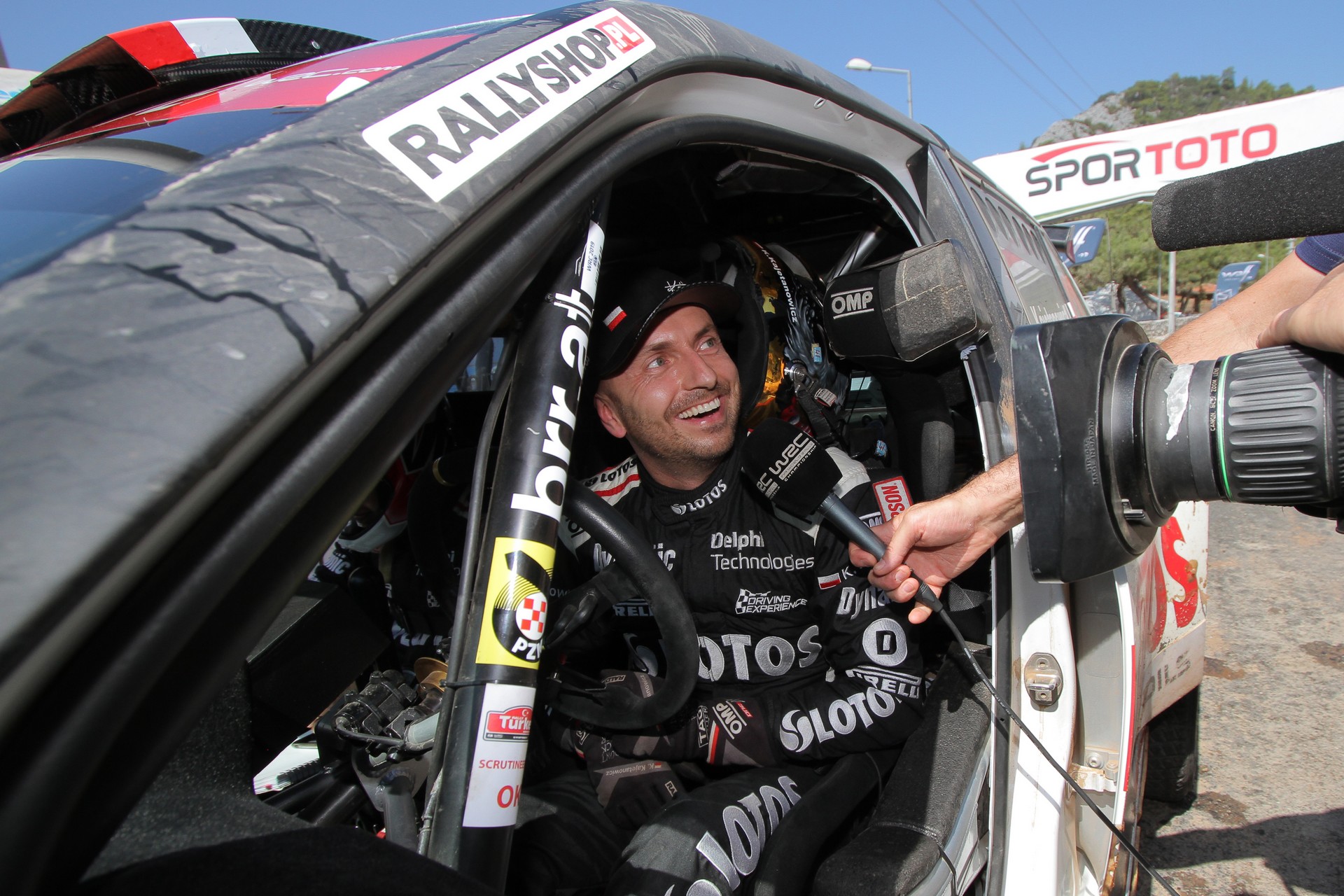 Fifth start in this year’s World Rally Championship and fourth podium finish, third in a row! Kajetan Kajetanowicz and Maciej Szczepaniak won the best result in their joint WRC races so far, winning the Rally Turkey. The LOTOS Rally Team did not give any chances to their rivals, finishing 14 out of 17 episodes on the podium and winning as many as 7 of them. The Poles were leading from the beginning of the competition to the end. Although it was only their second start in these championships, just like in the Fabia R5 Skoda, they scored the most points and became leaders in this year’s classification.

This year’s Rally Turkey, as predicted, turned out to be extremely difficult and requiring great concentration. The tires were wearing out heavily on the aggressive gravel and the boulders sticking out of the wheel-ruts were just waiting to damage the car. However, Kajetanowicz and Szczepaniak were driving very confidently in their second start with Skoda Fabia R5, avoiding bigger mistakes. Despite the difficulties they encountered, they reached the finish line with a lead of more than a minute, achieving their life result.

Thanks to the victory, the Poles increased their achievements by 25 points and became the leaders of the WRC 2 seasonal classification. Three rounds remained until the end of the season of the Rally Championship: The Wales Rally GB (3rd-6th October 2019), RallyRACC (24-27th October 2019) and Kennards Hire Rally Australia (14-17th November 2019).

– This is the biggest success in my career. I have never won a round of World Championships before. It’s a fantastic feeling! I think we deserved to win. We still have to work very hard to make it happen again. It was very difficult. It wasn’t an easy rally for our families as well. Thank you for your support to my girls, because the rallies are demanding. I’m not just talking about the household budget, but also about commitment, understanding and tolerance. Rallies are unpredictable, especially rallies like this one. Rally Turkey was unrewarding for many crews, and it didn’t “treat” us well either. The last two stages were driven only with rear-wheel drive. I’m very happy that we worked out a significant lead before the last day. That was enough! We managed to win. We are winning the round of the World Championships!