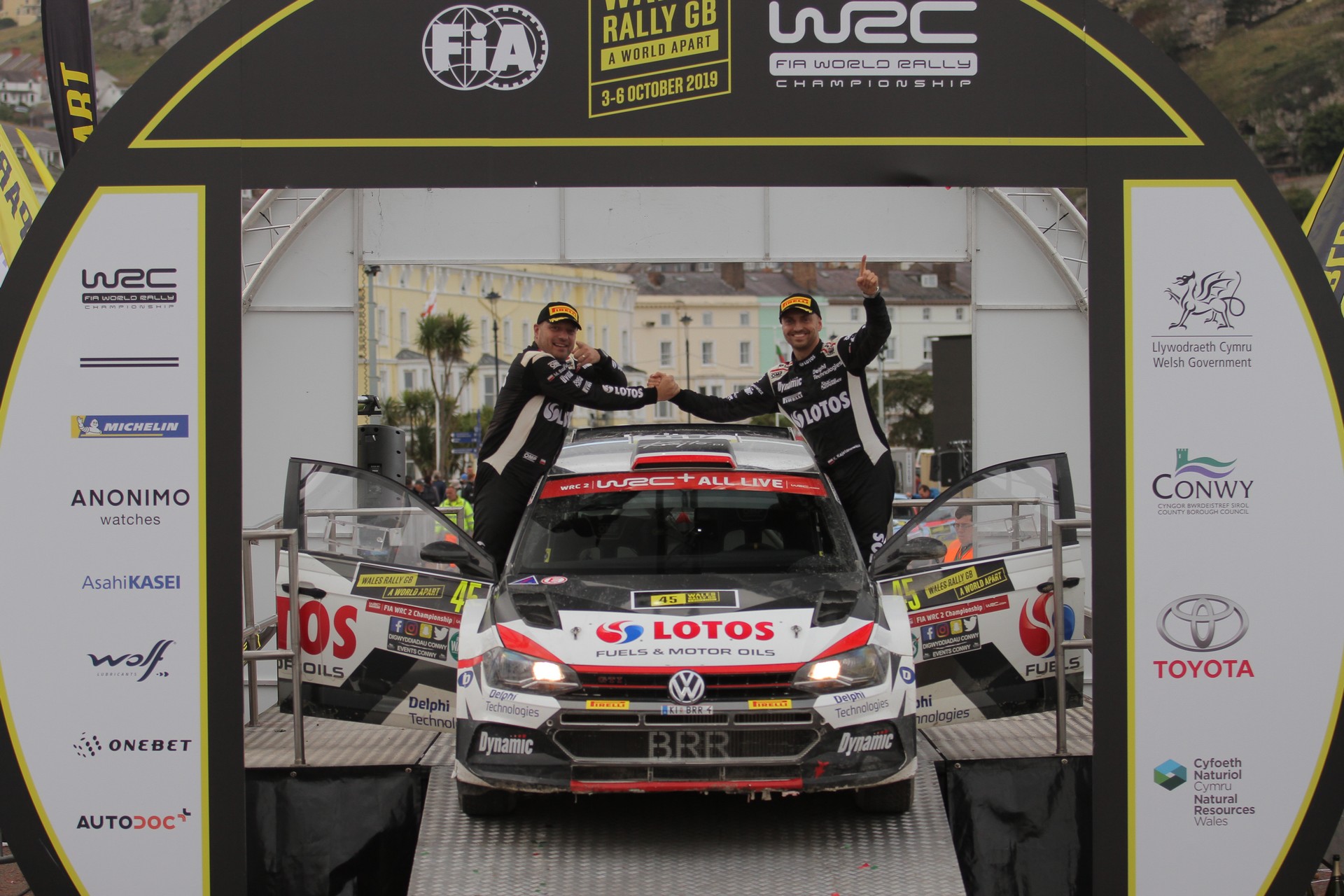 Kajetanowicz and Szczepaniak at the finish of 2019 Wales Rally GB

The LOTOS Rally Team crew finished round twelve of the 2019 World Rally Championship: Wales Rally GB. On his debut in the British event, Kajetan Kajetanowicz approached extremely demanding and muddy special stages with respect. The Polish driver, co-driven by Maciej Szczepaniak, reached the finish line despite some bad luck encountered on previous legs and – according to unofficial results – maintained a top-three position in the WRC-2 championship classification!

– We are at the finish of difficult Wales Rally GB which turned out to be a bit unlucky for us. After winning in Turkey, here we finished in a distant position. I will try to draw as many positive conclusions from this rally as possible. This is a demanding but at the same time beautiful rally, with amazing special stages. We drive mostly in the mud, this is loose surface rallying at its best. I like these conditions but it is very difficult to drive fast, being here for the first time. However, when everything worked, we were able to set good stage times. On some tests we were losing just fractions of seconds to the World Champion, Petter Solberg. We still have a long way to go but I knew that it would not be an easy task. I am happy that we could compete here because I gained plenty of experience. Despite adverse weather conditions, we enjoyed great support of many fans along the stages. It is a great pleasure for me, to compete and see so many Polish flags. It was very important. I appreciate that I can count on you. This is not an easy period for us, with many rallies in a very short time. I think that it is a great success to score so many podiums in the World Championship, no matter how this season ends

There are two round remaining in the 2019 World Rally Championship season. Rally Catalunya de España, on gravel and asphalt, takes place on 24-27th October and the year ends with Rally Australia on 14-17th November.