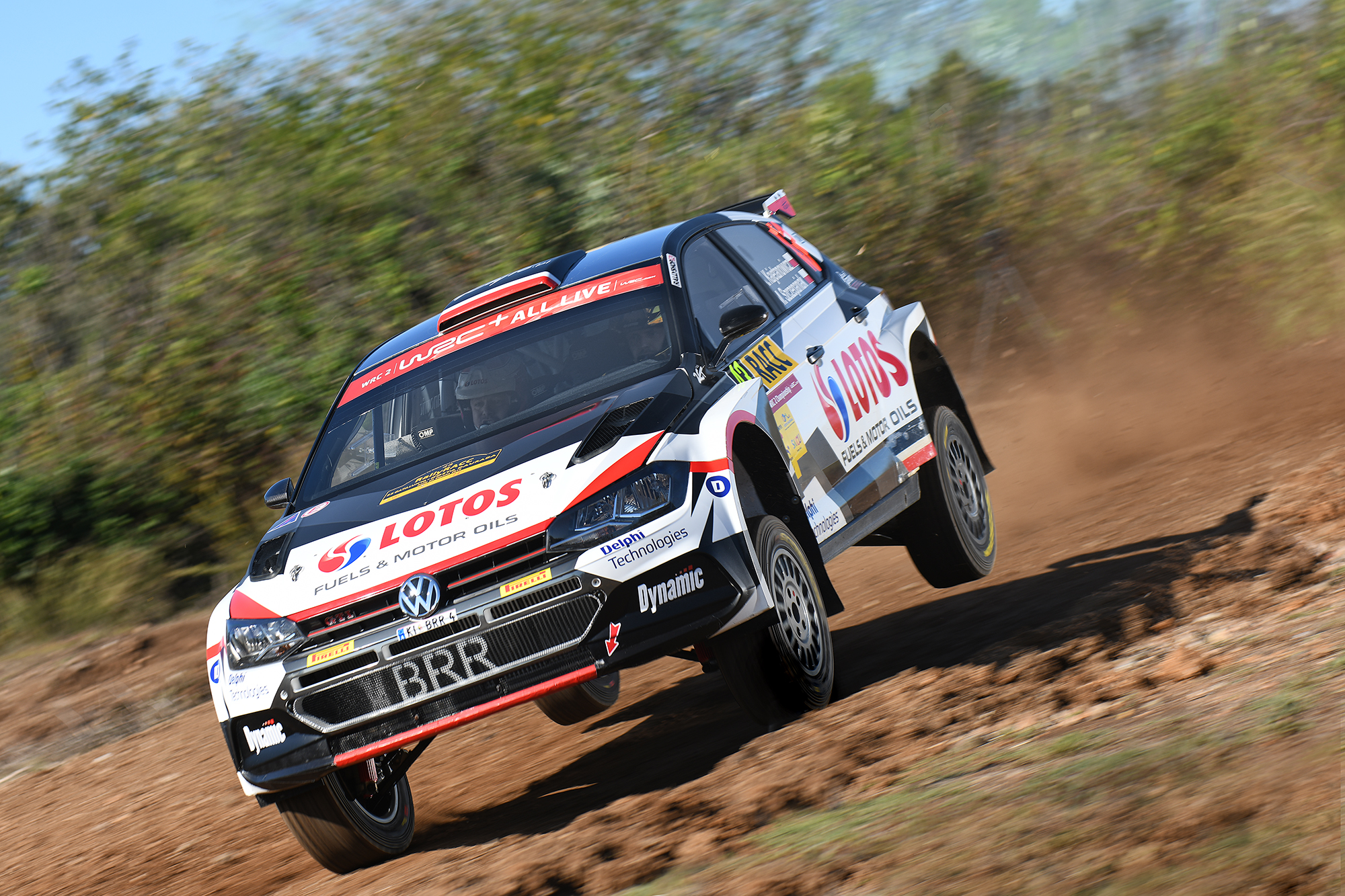 The competition in the thirteenth round of the World Rally Championship, which is the 55th edition of the Catalunya – Costa Daurada RallyRACC, has begun. Representatives of LOTOS Rally Team, Kajetan Kajetanowicz and Maciej Szczepaniak compete in the WRC 2 category. The Poles are already after three special stages and take fifth place, but the differences are only in seconds!

The first circuit consisted of very demanding three gravel special stages, almost 65 kilometres long. Sébastien Ogier, who fought for the seventh consecutive World Champion title in a row, experienced the hardships of the Spanish round, when from the second attempt he was struggling with a failure of the power steering system. Kajetanowicz and Szczepaniak started the competition from the fifth time on the Gandes test, placing only 2.5 seconds behind the winners. After the eighth result in the Horta-Bot section, they did very well in the third and longest run of the rally, La Fatarella – Vilalba. Spaniard Nil Solans, the former leader of the rally, lost there more than eight minutes.

– We have a really special fight in WRC2, I don’t think it’s been like that yet! There is a 17-second loss to the leading crew on the entire loop, which is about 70 km long. I think we should be satisfied. A good car setup gives positive results. Maybe we will change something for the second loop, then there will be a little more grip. I think the tyre selection was good too, although each competitor had a different combination. It’s hard to judge. Now we’re waiting for the second loop. I’m sure it should be faster, because the road is clear, a lot of mud has dried up. A few places in the sections surprised us. Reconnaissance of the route took place in heavy rain and we didn’t know where the mud would eventually remain. I think it was fair for everyone. I am glad that we are here and we are fighting with the fastest competitors in the world

After three trials Loubet and Landais (Škoda Fabia R5 evo) are in the lead. Second place is taken by Veiby and Andersson (+8,0 s, Volkswagen Polo GTI R5), third place by Camilli and Veillas (+9,8 s, Citroën C3 R5). Just behind the podium are Tempestini and Itu (+9.8 s, Hyundai i20 R5), and the Poles, Kajetanowicz and Szczepaniak (+17.0 s, Volkswagen Polo GTI R5), who left 12 competitors behind.