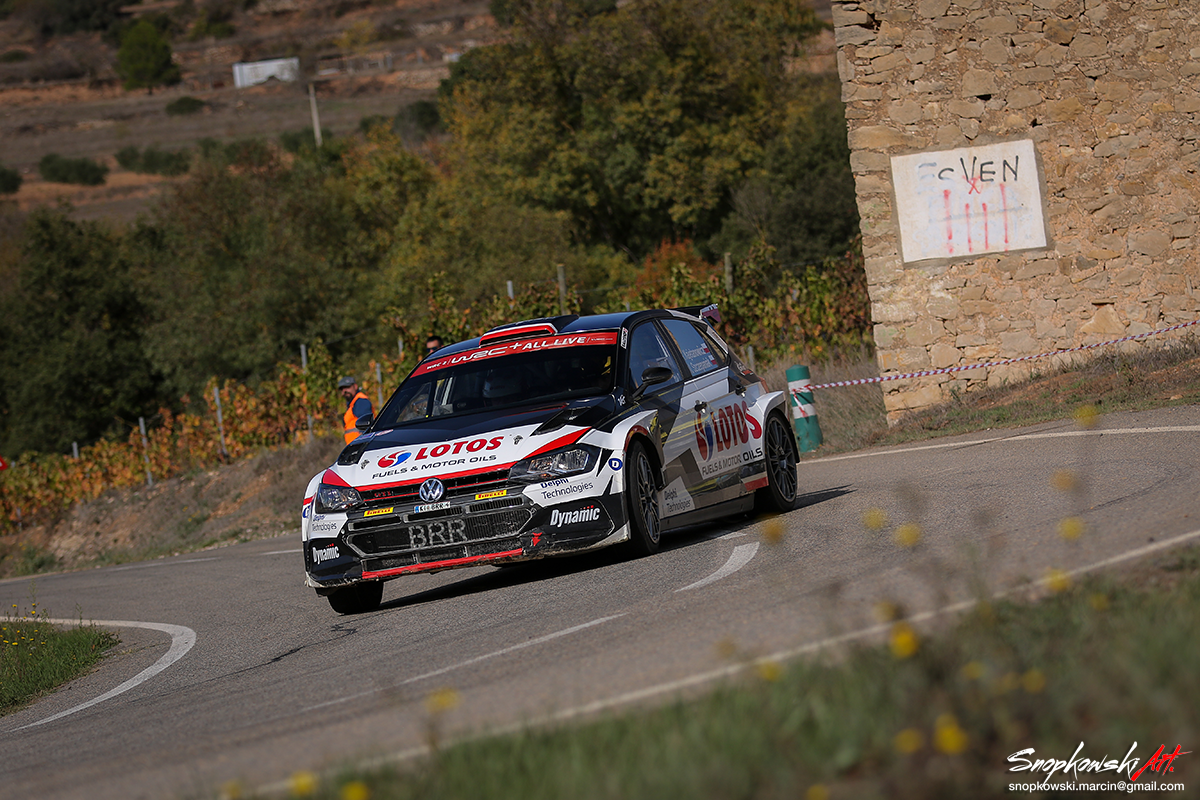 Kajetan Kajetanowicz and Maciej Szczepaniak are fighting for the podium in Rally de España 2019. The LOTOS Rally Team team did a very good job on the first loop on Saturday, moving up to the top three of the WRC 2 classification! The thirteenth round of the World Rally Championship is the only one in the calendar to be held on two surfaces. After yesterday’s gravel competition, the crews moved to asphalt trials.

The second section of the competition began with a loop consisting of three special stages: Savallà (14.08 km), Querol (21.26 km) and El Montmell (24.40 km). After good times on the first and second attempt, Kajetanowicz and Szczepaniak lost a dozen or so seconds on the third stage. They were forced to drive more than 15 kilometres “on the bumper” of the preceding crew, who after changing the wheel returned to the track in a dangerous way, entering just in front of the Polish car.

– After the first Saturday loop we are promoted to the third position. The fight is balanced. A lot of emotions accompanied us during this loop. Just ahead of our car, one of the competitors came back to fight on the final stage of this loop. We followed him for about fifteen kilometers. We finished the SS literally two seconds behind him. Driving bumper to bumper. It was not easy. A little unfair on his part. We are waiting for the times to be given. In fact, I want to concentrate on my work. We want to further improve the car setup so that there is more grip in some places. We still have mud to overcome in some places on the road. We have another exciting loop ahead of us. We are happy with the result. We are satisfied with the podium. We’re ahead of our rivals, but they won’t settle for less either! I’m glad, because there are many fans on the road. Polish flags are fluttering, it fills us with optimism and we want to push