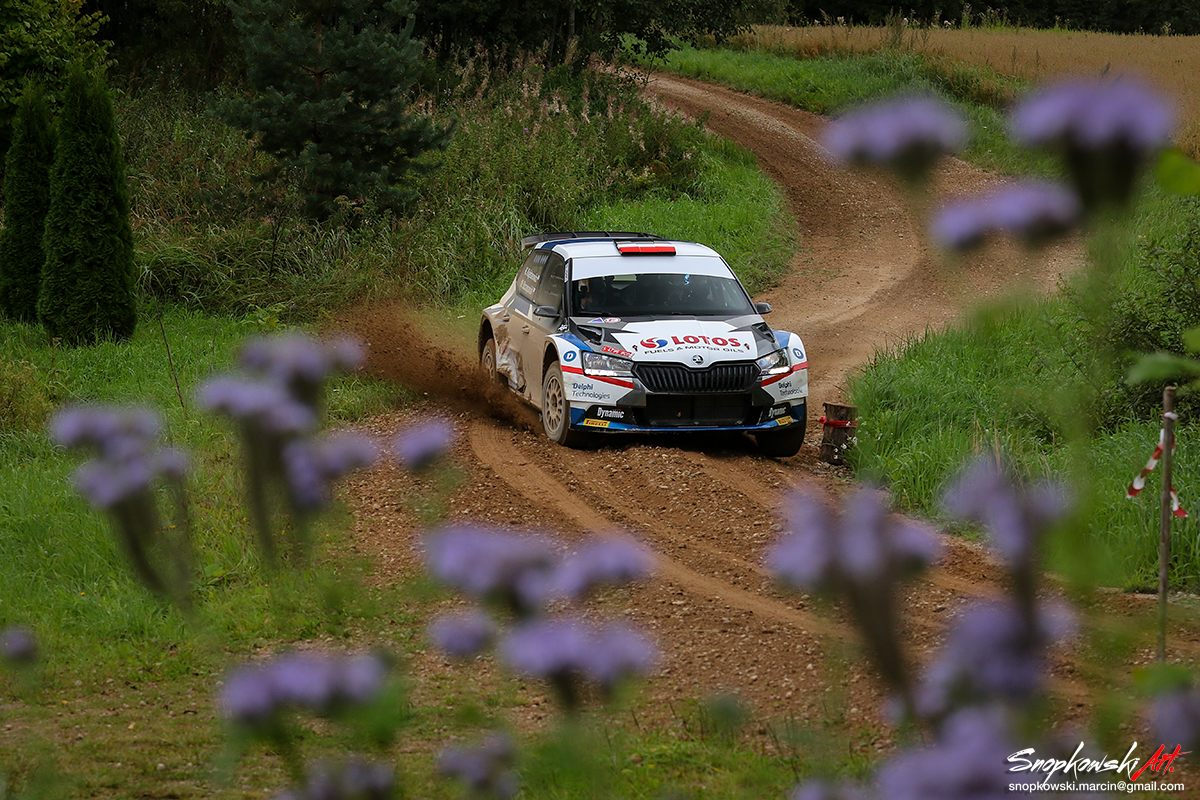 Kajetanowicz in Estonia, it is time for the World Rally Championship!

Kajetan Kajetanowicz and his LOTOS Rally Team are already in Estonia – the 2020 World Rally Championship season restarts there on Friday, 4th September. Triple European Rally Champion has completed a pre-event testing session. The Polish driver, co-driven by Maciej Szczepaniak, put his Škoda Fabia R5 evo through its paces on a gravel stage.

Kajetanowicz together with his co-driver Szczepaniak tested in the area of Võru, which he already knows from his previous testing experience in Estonia – but this time a different stage was chosen. The route was supposed to represent the characteristics of roads on which the LOTOS Rally Team crew will compete against almost 60 other crews.

– After almost six months without driving it is not easy to get a good feeling straight away but after many testing sessions I can be happy. We drove on wet surface yesterday. The road was narrow in some points and wide in others, with plenty of mud – and we had different conditions during previous tests. I feel good in the car, it is well-prepared and the set-up is right. We were able to test in conditions which were representative for the rally and this is just great. However, I know that the rally is a different story and we can always get caught off guard. Some rivals have already contested two events after the break so I think we could struggle to find the right pace. On top of that the weather is very difficult to predict. The forecasts, even short-term ones, are hardly ever correct. We are prepared, now it’s time for recce

The Polish driver experienced another challenge even before leaving his country. On the way from Ustroń to Warsaw it turned out that his flight to Riga had been cancelled. The team had a “plan B” ready and after short discussions everybody headed to Estonia in cars.

The driver and all team members had to be tested for coronavirus in Poland. They will be tested two more times before the start of the rally. These procedures are required by the organisers, to provide maximum level of safety for all competitors in Estonia.

Rally Estonia begins on Friday (4th September, at 8:01 CET) with official shakedown. The opening stage – 1.28-kms SS1 Tartu – starts in the evening, at 18:08 CET. On Saturday the crews have five stages to complete, each of them run twice – including the longest test of the rally, Prangli (20.23 kms), at the beginning of each loop (first run around 6:40 CET). The final day consists of three stages, again run twice and this time without a service break – and the action starts at 6:35 CET on Sunday.