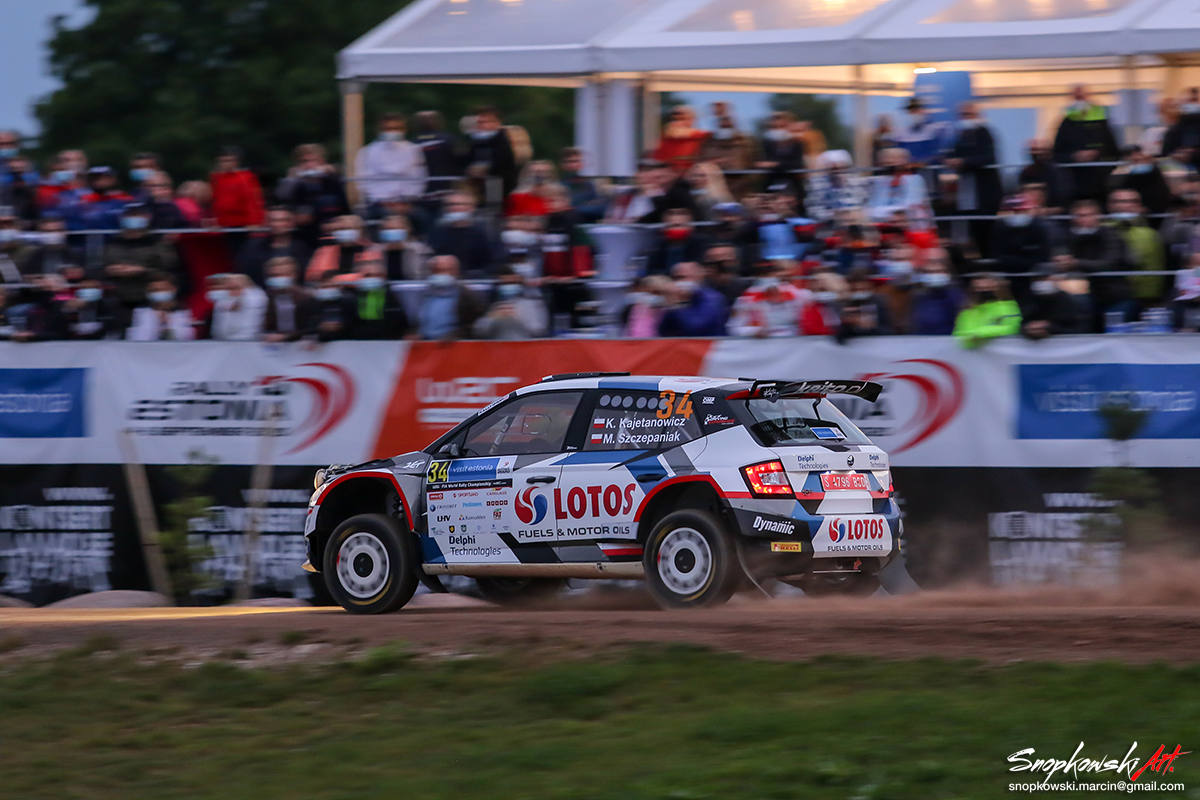 Rally Estonia 2020, SS1: Kajetanowicz and Szczepaniak less than one second behind the leaders!

– It was a good warm-up. This stage was short, created for the spectators, and its characteristics was completely different to the route on which we will compete over the course of the weekend. However, it was good to be back in a rally car, pushing the pedal to the metal. We will try to make good tyre choices, depending on weather which is very difficult to predict here – but we are well-prepared. We want to enjoy the rally and competition on each stage – this is something we missed a lot

Almost 60 crews feature on the entry list, including 22 rivals of Kajetanowicz, competing in the WRC-3 category. Among the series regulars there are Finland’s Jari Huttunen (Hyundai i20 R5) and Marco Bulacia Wilkinson from Bolivia (Citroën C5 R5) – winners of round two and three this season – or Frenchman Nicolas Ciamin (Citroën C3 R5), runner-up in Rallye Monte Carlo this year. The field consists also of eight crews from Estonia, with enormous experience on their home roads. Three of them have competed in all nine editions of Rally Estonia, since its creation in 2010!

This year Estonia hosts the 600th rally in the World Championship history. The event takes place on 4-6 September, with over 233 competitive kilometres over seventeen special stages. On Saturday the crews have five stages to complete, each of them run twice – including the longest test of the rally, Prangli (20.23 kms), at the beginning of each loop (first run around 6:40 CET). The final day consists of three stages, again run twice and this time without a service break – and the action starts at 6:35 CET on Sunday.