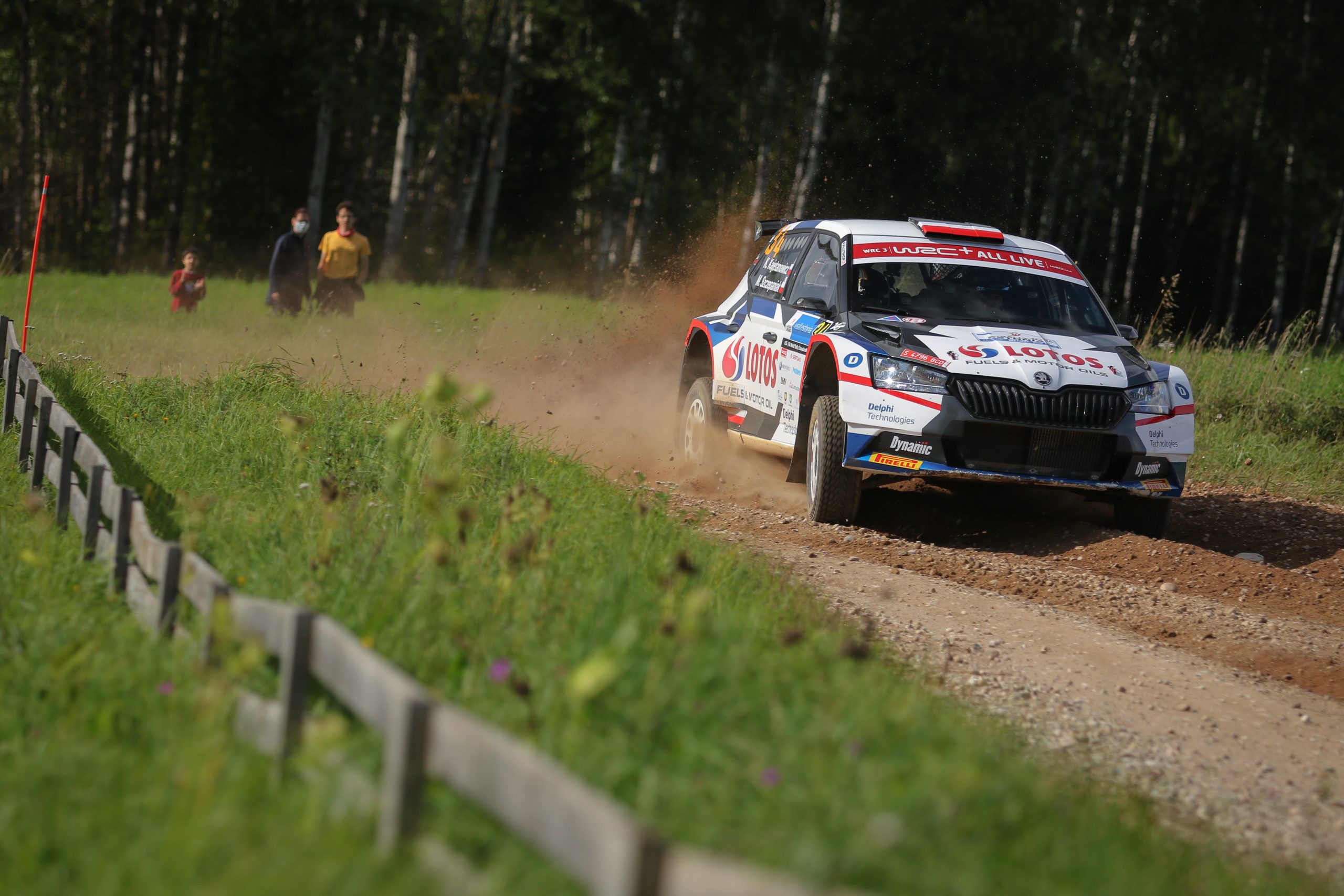 Kajetan Kajetanowicz and Maciej Szczepaniak completed the first leg of Rally Estonia 2020. The Polish crew show excellent performance on gravel stages of the rally which joined the World Rally Championship for the first time. The LOTOS Rally Team duo set top-three times in the WRC-3 category on six out of ten stages, defeating the factory crews on most stages. Kajetan and Maciej finish the day in excellent third position in the WRC-3 standings!

Today’s leg of Rally Estonia was a long and exhausting affair. The organisers prepared five special stages and each of them was run twice – with total length of almost 150 competitive kilometres. After successful opening loop Kajetanowicz and Szczepaniak maintained excellent pace in the second half of the day, recording top four stage times on each test. The Polish crew, driving a Škoda Fabia R5 evo in LOTOS Rally Team livery, led all factory crews competing in the WRC-2 category until the final stage of the day – finishing the leg just five seconds behind the leaders. However, they focus on their battle in the WRC-3 standings, holding third position with 11 seconds gap to the leaders.

– It was a long and interesting day, we are in the top three of Rally Estonia. Probably I have never drove over so many jumps in my whole life. The stages are really demanding and extremely fast but we enjoy them a lot. We won one of them and scored many top-three finishes in the WRC-3 standings. I can honestly say that after six months’ break I did not expect getting back to my rhythm so quickly – but the competition gives me the biggest pleasure and I was looking forward to it. I am also happy because our car works well, without any problems. We are in the fight. Now it’s time for Sunday, a bit shorter day but also demanding. Overnight rain will probably make the roads softer. The grip levels will change a lot, so we have to sleep well and push tomorrow