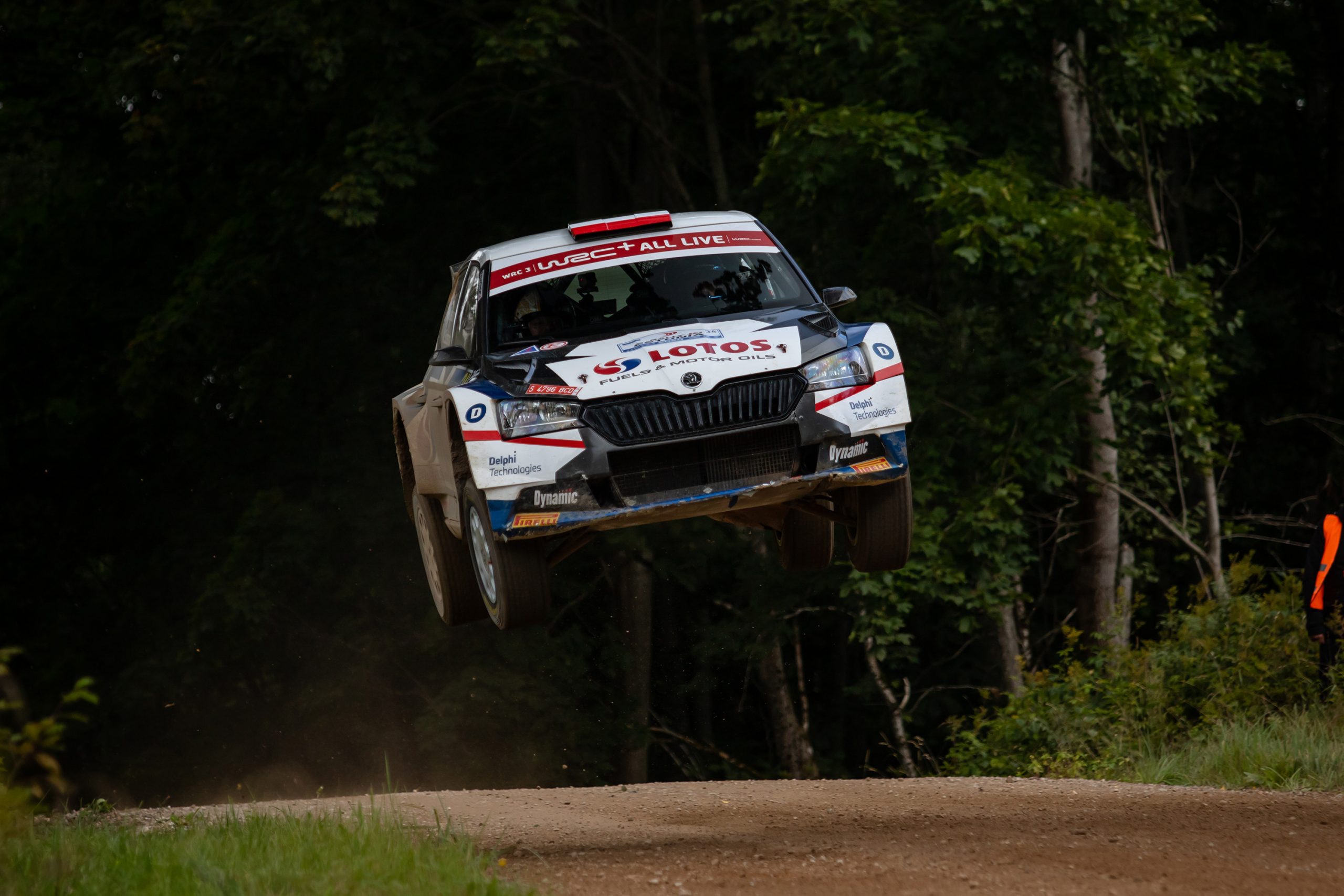 Rally Estonia 2020: excellent pace and bad luck in the end

Kajetan Kajetanowicz and Maciej Szczepaniak showed an excellent pace in Estonia, fighting for second place virtually until the end, pleasing the crowd with their performance. The LOTOS Rally Team crew negotiated the gravel roads in style, setting top-three times on ten special stages. During the final loop they won one test and moved from third to second position in the WRC-3 standings. Unfortunately on the last stage their Škoda Fabia R5 evo went off the road and the Polish duo had to retire from the rally. The LOTOS Rally Team crew leave Estonia empty-handed but fully motivated and ready for another challenge – Rally of Turkey which takes place in just two weeks’ time.

Rally Estonia marked the 2020 World Rally Championship season restart – the country hosted a WRC round for the first time in history. The crews competed on seventeen special stages, starting on Friday. Kajetan Kajetanowicz and Maciej Szczepaniak returned to competition after six months’ break, with a very good performance on gravel roads. Right from the beginning they recorded fast stage times and headed into the final day on third position, eleven seconds behind the second-placed crew.

On Sunday the competition started with SS12 Arula 1 (6.97 kms), at 6:35 CET. The LOTOS Rally Team set another great stage time, trailing the rally leaders – Oliver Solberg and Aaron Johnston – by just 0.8 seconds. They recorded fourth- and third-fastest results in the WRC-3 category on the next two stages and began the second loop with another stage win and third-fastest time on the following test. Unfortunately, on the Power Stage their rally ended prematurely.

It is worth noting that on many stages the Polish crew set faster times than factory cars, competing in the WRC-2 category. They also recorded excellent results in the overall standings, including eighth position on SS15 – right behind the WRC cars.

– Rally Estonia was full of emotions for us. We came here with huge motivation, aiming to fight for the highest position possible – at the same time being aware of the strength of our competitors. I had not expected such pace which we showed right from the start but this was the result of our hard work during the enforced break. We defeated the factory crews, won some special stages, fought at the top. We compete in the World Championship because we want to fight and this was our attitude ahead of the final stage. The World Rally Championship is the very essence of the sport although sometimes it may have a bitter taste. We return to Poland and we will prepare for Rally of Turkey – which we won last year. Thank you for your support – I felt it when I pushed the pedal to the metal

13th Rally of Turkey, the next round of the 2020 World Rally Championship, takes place on 18-20 September. The organisers have prepared twelve special stages with combined length of 223 kilometres, spread over three days. Kajetan Kajetanowicz and Maciej Szczepaniak will face eleven rivals in the WRC-3 category.