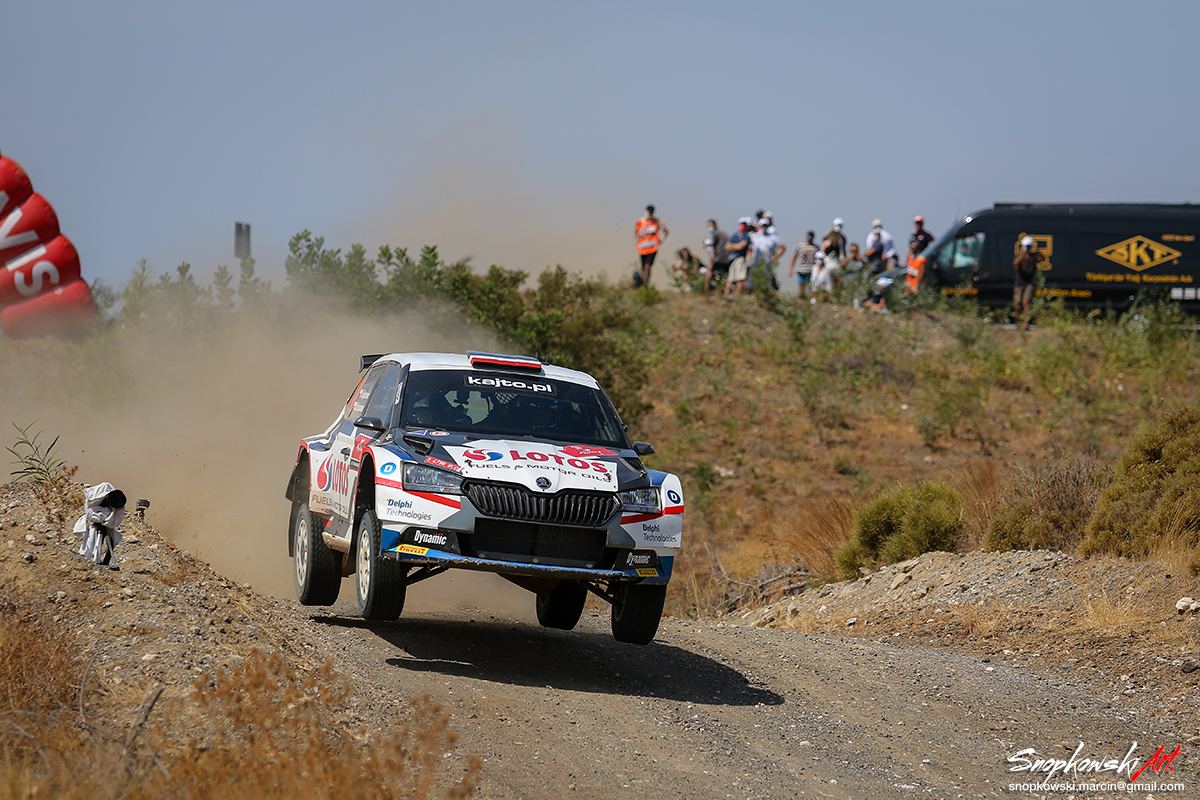 The Polish duo started the morning with excellent time on 32-kms Yeşilbelde 1 stage, beating all rivals in Rally2 cars – including the factory crews – and taking the lead in WRC-3. The following test brought similar scenario. On Datça 1 (8.75 kms) they extended their lead and set an excellent ninth-fastest time in the overall classification, defeating one of the WRC cars in straight fight. The LOTOS Rally Team crew demonstrate great effectiveness this year, winning special stages in each event! The loop ended with Kızlan 1 test (13,15 km), where Kajetanowicz and Szczepaniak set second-fastest time, just 1.5 seconds behind stage winners.

– We are leading the rally after the first loop on Saturday, maintaining good pace. Everything goes according to our plan. It gives us some optimism but here you can never be sure and this is why we have to stay completely focused right until the end – which is not easy in these temperatures. On some special stages we fight and defeat the factory crews and WRC cars. After some stages our rivals approached us with congratulations, saying that they are not able to battle with us. This is very nice but, as I said, we cannot be sure of anything until the end and we have to be careful. There will be a lot of rocks on the second loop and we will have to decide which ones we have to avoid. This rally is full of compromises – on one hand it is crucial to reach the finish line as fast as possible but on the other you have to take care of your machinery. Anyway, we want to keep up our good pace and fight for the victory

The road conditions are very tough – with high temperatures, plenty of dust in the air and many rocks on the stages which can cause significant damage to the cars. Reigning world champion Ott Tänak have already experienced the difficulties of this rally and had to retire after suffering some damage to his car.
The second loop begins at 13:45 CET with another run of the longest stage today: Yeşilbelde 2 (31.79 kms). Afterwards the crew will tackle SS Datça 2 (8.75 kms) and SS Kızlan 2 (13.15 kms).