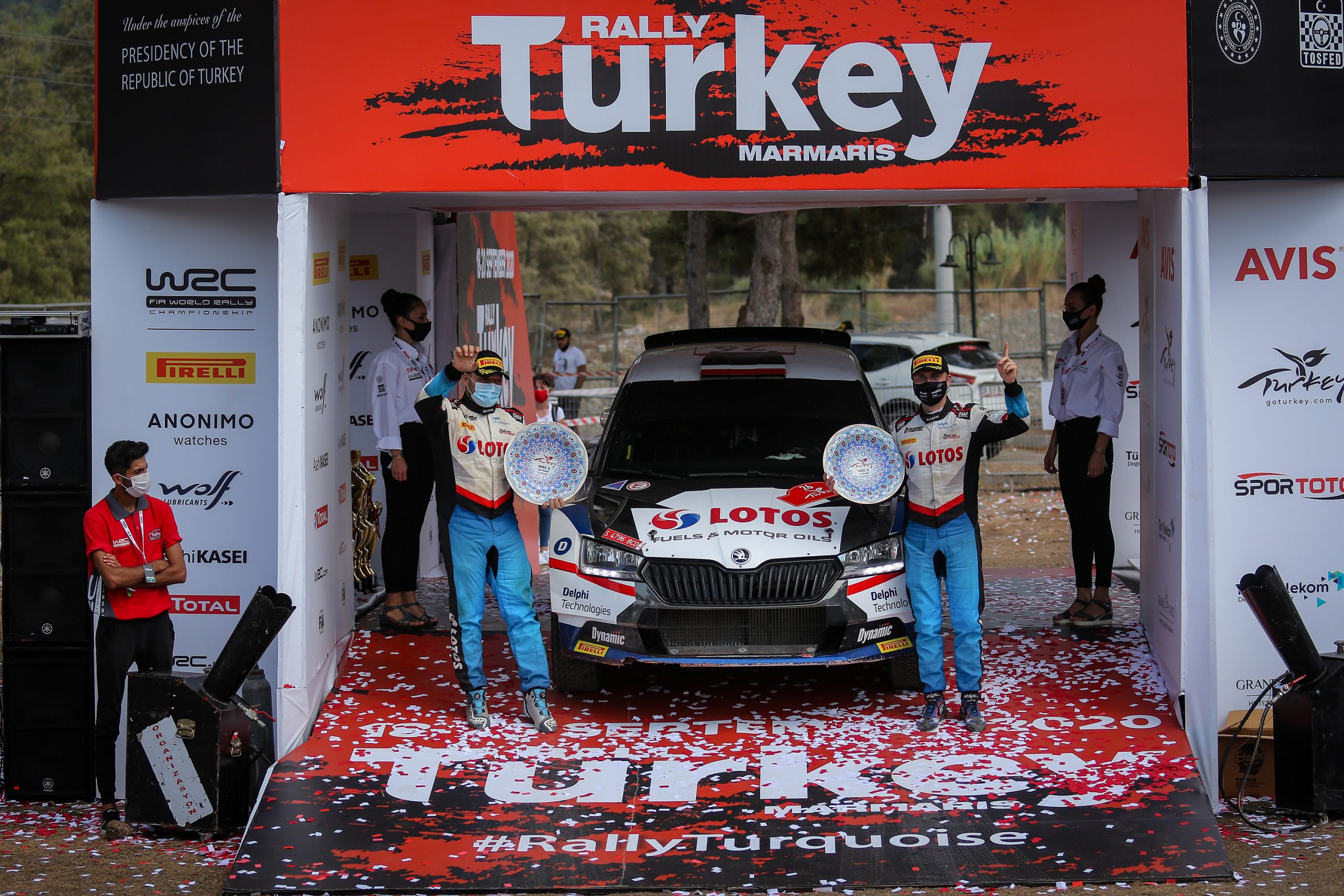 Kajetanowicz and Szczepaniak win Rally Turkey! Their best result ever!

Fantastic victory for the LOTOS Rally Team crew: Kajetan Kajetanowicz and Maciej Szczepaniak win Rally Turkey for the second time in a row! The Poles shone with amazing pace on very difficult special stages of round five of the World Rally Championship. They defeated all competitors in Rally2 cars, including the whole WRC-2 field of factory crews. On top of that they achieved their career-best result, with sensational seventh position in the overall standings – only with significantly faster WRC cars ahead.

Rally Turkey is regarded as the most difficult event of the whole World Rally Championship calendar with good reason. Extremely demanding and long special stages were held in hot conditions. The crews fought not only with time but also struggled for survival in thick clouds of dust on rocky roads. Virtually every corner could cause a surprise, with ruts and big stones which could have stopped the car, damaging tyres or suspension. In these conditions you have to rely, above all, on experience and perfect strategy. Hard work of the whole LOTOS Rally Team crew brought desired results. Kajetanowicz and Szczepaniak won six special stages and set top-three times on 11 out of 12 tests. On top of that they consistently outpaced all factory crews, beating them in the overall standings.

– We did it, we won Rally Turkey for the second time! After Rally Estonia, which was difficult for us, we had to regroup quickly. Rallies are for “big boys”, there is no room for sentiments. We won the most difficult event of the year and we are very satisfied with this achievement. Despite difficult conditions, everything worked perfectly. The whole team did a great job and I think that we can be proud of ourselves. Many thanks to RaceSeven for preparing our car with a lot of heart. We proved that the LOTOS Rally Team can do the job in every situation. This is very important, to deal with difficulties – no matter how big they are. I hope that the Polish fans are proud of us, as we show that we are able to compete and win with the best crews

According to unofficial results, Kajetanowicz and Szczepaniak gain ten positions in the championship standings, moving to third place. The next round takes place in Sardinia, on 8-11 October. Last year the LOTOS Rally Team crew finished this event in second place.