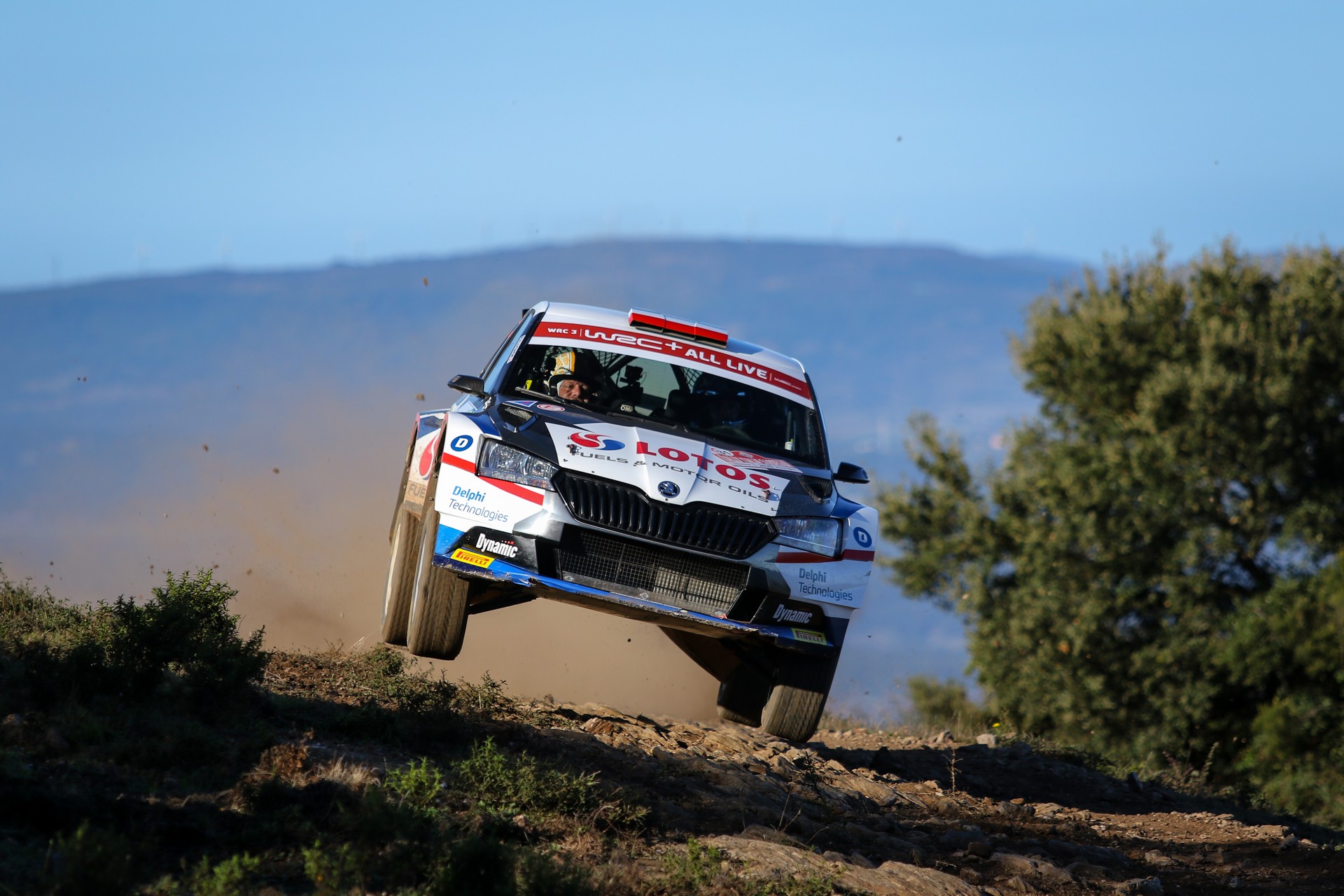 Round six of the 2020 World Rally Championship, Rally Italia Sardegna, got underway on Friday morning. All frontrunners competing in this year’s championship fight for points on the Italian island – including the LOTOS Rally Team crew of Kajetan Kajetanowicz and Maciej Szczepaniak. The Poles drove the opening stages in very good style and finished the first loop just outside top three in their category!

The opening loop of Rally Italia Sardegna consisted of two special stages and each of them was run twice – with almost 68 kilometres of fierce fight. Kajetanowicz and Szczepaniak commenced the battle with seventh-fastest time on the first test and followed this result with fifth-fastest time on the next stage. They did an excellent job on the second run of Tempio Pausania, going second-fastest on this stage. In the end they finished the loop on fourth place in the WRC-3 category, trailing the top three position by just 7 seconds.

– We have completed four really challenging special stages. The road is very narrow and full of sharp stones – there are more of them with every pass. Many of things happened on the first loop, fortunately we managed to avoid unexpected incidents. We took two spare wheels and this decision helped us a lot. This rally is difficult and demands a lot from us and from our equipment. Who knows, it might be even tougher than two previous editions, in which we took part. I am happy to be here, we are about to start the second loop. The gaps are small and, as always, we will fight for the best result!