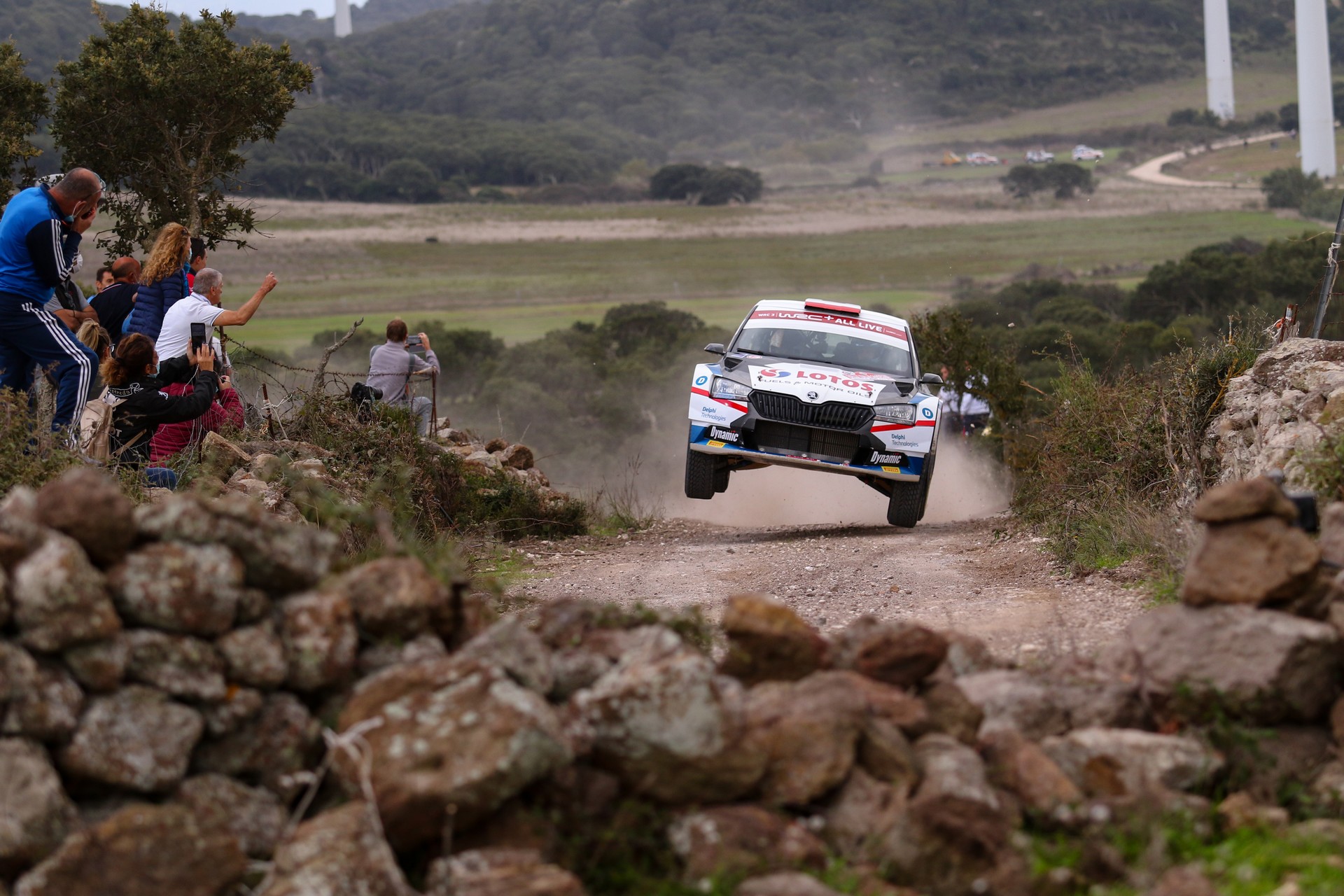 Saturday turned out to be a great day for Polish competitors. Kajetan Kajetanowicz and Maciej Szczepaniak fight for victory on gravel roads in Sardinia, in round six of the 2020 World Rally Championship. After two legs and twelve special stages, the LOTOS Rally Team crew hold second position in their category and excellent ninth place in the overall standings. Their great pace is highlighted by being faster than all crews in factory cars, competing in the WRC-2 category!

It was a very successful day for Kajetanowicz and Szczepaniak. The Polish crew started the leg from fifth position after yesterday’s exciting battle – and on the opening stage they moved up to top three. They did not stop there, gaining further places and after two stage victories the LOTOS Rally Team duo grabbed second position before heading for the service break.

In the afternoon Kajetanowicz and Szczepaniak maintained strong form, avoiding major mistakes and recording fourth- and third-fastest times on the last loop. Good strategy puts them in excellent position to fight for victory over the course of tomorrow’s final leg. The gap to the leaders – Huttunen and Lukka (Hyundai i20 R5) – is just 10.5 seconds. Third-placed Bulacia Wilkinson and Der Ohanessian (Citroën C3 R5) – championship leaders after five rounds – trail them by almost two minutes. Erstwhile rally leaders, Solberg and Johnston (Škoda Fabia Rally2 evo) went off the road on the final stage of the day.

– The second day is completed, we are happy. We won some stages, we are faster than the best factory crews, our gap to the leaders is small. Personally I am happy that the right feeling in the car is back – I lacked it a bit yesterday. I enjoy driving on every kilometre of this really demanding stages The grip changes dramatically in many places, from one corner to another. It is not easy to predict but so far we can cope with this. The fight is really tight, the gaps are narrow – it is a real sprint. We compete and win with the best drivers in the world. We fight for the victory