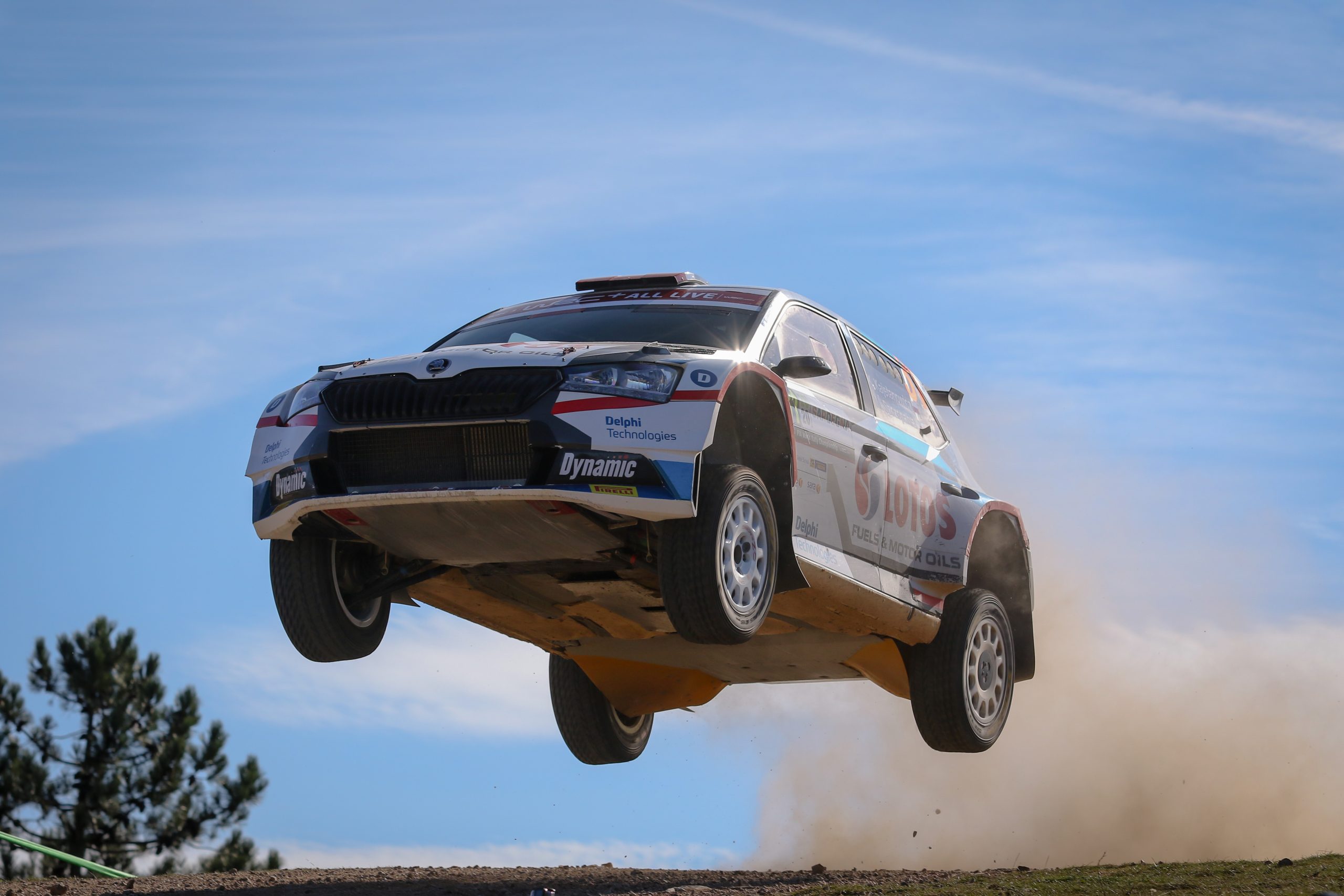 The battle is on: top crews fight for fractions of seconds in round six of the 2020 World Rally Championship. Excellent performance in the morning allowed Kajetan Kajetanowicz and Maciej Szczepaniak to gain three positions and close the gap to the WRC-3 leaders to just 0.1 seconds! The LOTOS Rally Team crew show excellent pace, winning two stages and setting second-fastest and fourth-fastest times on other two tests. At the same time the Poles moved up into ninth position in the overall rally standings!

Saturday’s leg of Rally Italia Sardegna began with the first run of Monte Lerno stage (22.08 kms) – a notoriously difficult trademark of the Italian round. Kajetanowicz and Szczepaniak set fourth-fastest time and moved up into top three in the WRC-3 standings. The LOTOS Rally Team duo showed brilliant pace on the next couple of stages, winning SS8 Coiluna-Loelle 1 (15.00 kms) and second run of Monte Lerno, before finishing the fourth stage in runners-up position. After ten stages Huttunen and Lukka (Finland, Hyundai i20 R5) lead the WRC-3 standings, with Kajetanowicz and Szczepaniak (Škoda Fabia Rally2 evo) just 0.1 seconds behind. Solberg and Johnston (Škoda Fabia Rally2 evo) trail the leaders by 4.9 seconds. The Poles hold ninth position in the overall standings – again ahead of all factory WRC-2 crews.

– We have a beautiful fight at the forefront. Top three is covered by just five seconds and after almost two full days of competition we lose just 0.1 seconds to the leaders. It proves that the battle here is really tight. I was not entirely happy yesterday but today it is much better. This rally is long. There are still many special stages ahead, a lot can happen. We are happy, we push with all our strength, enjoying every moment