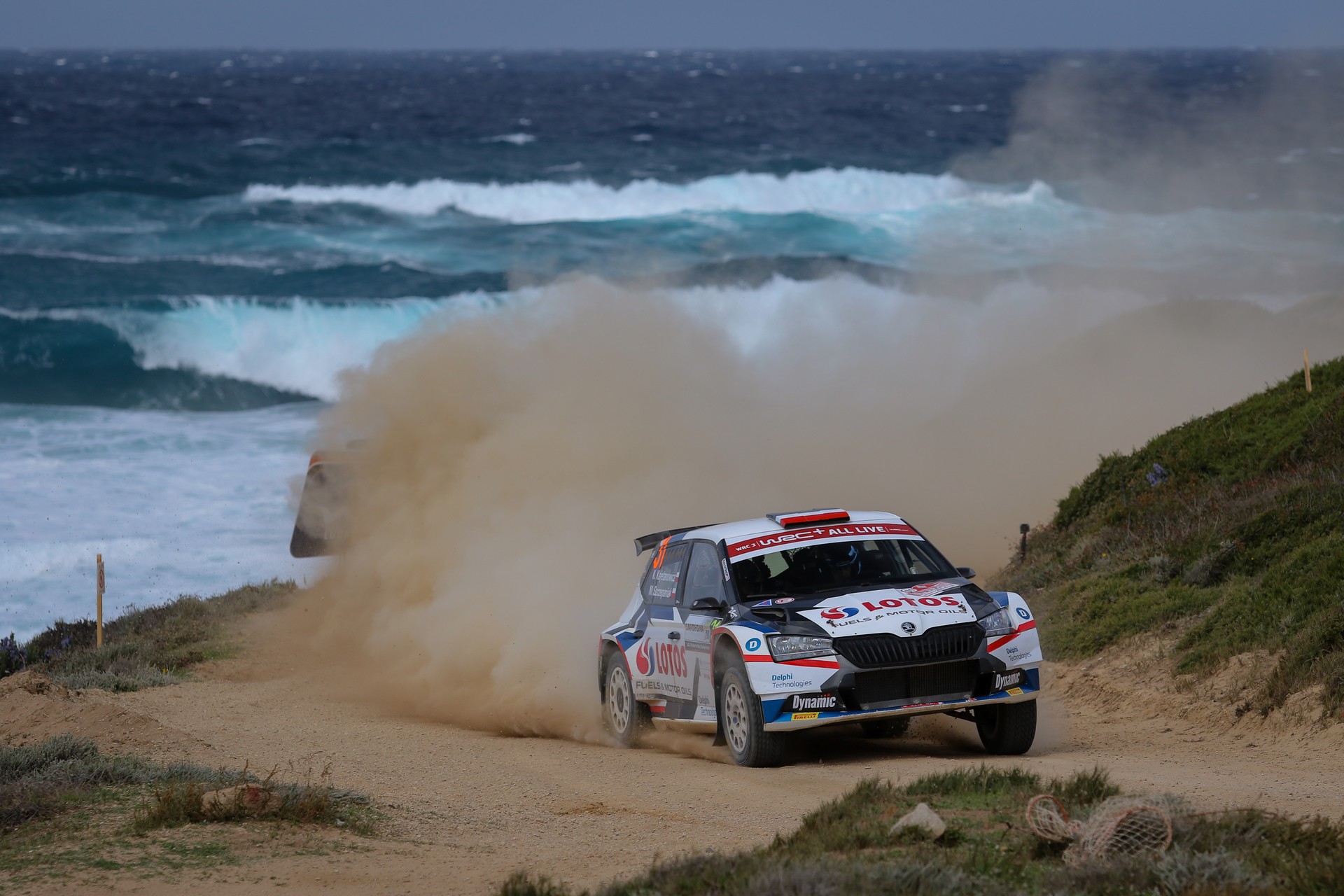 Another excellent performance of Kajetan Kajetanowicz and Maciej Szczepaniak in the World Rally Championship. The LOTOS Rally Team grabbed a great second position in Rally Italia Sardegna, scoring their second podium finish this year. The Poles yet again defeated all factory WRC-2 crews in straight fight, claiming an excellent ninth position in the overall standings!

Rally Italia Sardegna – round six of the 2020 World Rally Championship – took place a few months later than usual and it made a huge difference regarding the road conditions. The best rally crews of the world competed on sixteen special stages with total length of almost 240 kilometres.

Kajetanowicz set a terrific pace right from the beginning. Over the course of the second leg he moved up into runner-up position and started the final stages on Sunday in fighting mood. The Polish driver, co-driven by Maciej Szczepaniak, gradually closed his gap to the leaders. He defeated them on the opening two tests, reducing his deficit to five seconds. However, on the final loop a puncture resulted in time loss which was impossible to recover.

– It was a great rally, we were fighting right until the end. We came very close to winning it – at one point we were losing just 0.1 second – but unfortunately we caught a puncture on penultimate stage, having to accept second position. However, it was fantastic. Again, despite different difficulties we were able to drive the whole rally pushing the pedal to the metal. Our car was prepared perfectly. Many thanks to the whole LOTOS Rally Team, everybody stood up to the challenge. I would also like to thank our fans, for whom we really wanted to win here. I am looking forward to the next rally but first let’s get back home, to my family – I want to dedicate this performance to them

There are still two rallies remaining in this year’s World Rally Championship. Ypres Rally in Belgium takes place on 19-22 November and another Italian round – Rally Monza – is scheduled on 4-6 December. After Rally Italia Sardegna Kajetan Kajetanowicz and Maciej Szczepaniak hold third position in the WRC-3 standings.