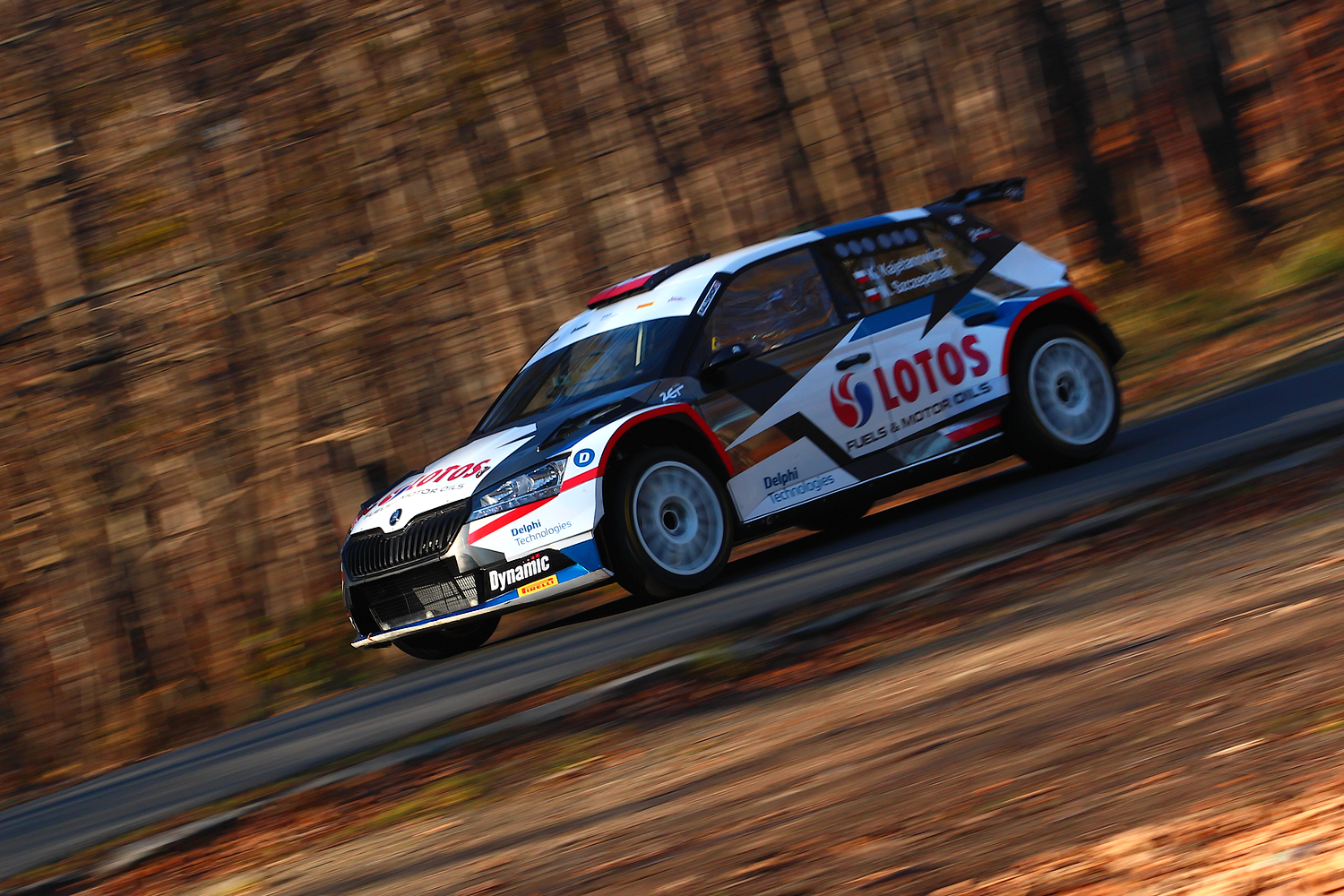 The 2020 World Rally Championship season enters the final straight. Rally Monza – a new WRC event – takes place on 3-6 December. This famous Formula 1 circuit will host the best rally drivers of the world, including the LOTOS Rally Team duo – Kajetan Kajetanowicz and Maciej Szczepaniak. After winning Rally Turkey and scoring second place in Rally Italia Sardegna, they will contest their first tarmac event this year – fighting in the largest field of the season. Almost 100 crews have entered the rally!

Rally Monza is a very popular event among motorsport stars – from MotoGP riders through rally drivers to Formula 1 drivers. It is a unique competition, as many stages are held on the iconic racing track. The rally appears in the WRC calendar for the first time, so the crews have to prepare a very detailed pace notes from scratch, on two recce runs. This challenge requires excellent preparation from drivers.

Kajetanowicz has completed an extensive testing session in Poland. The first day was organised on Kielce Circuit, where tight hairpins and chicanes marked with bollards emulated the characteristics of the forthcoming rally. On the second day Kajetanowicz drove his Škoda Fabia Rally2 Evo on roads near his home town of Ustroń. In beautiful autumn scenery he chased good set-up for Saturday’s leg which will take place in Lombardy. Kajetanowicz and Szczepaniak enter the rally as third-placed crew in the WRC-3 standings, with 55 points.

– We are facing the final challenge of this season. Rally Monza will be very mixed, mainly on tarmac but with some gravel sections. Between two days on circuit, we will have a very difficult Saturday on mountain roads in the Alps. It requires not only concentration but also perfect car preparation and set-up adjustments in changing conditions. Due to temperatures, we can expect some weather suprises. I try to stay optimistic because there are many positive things. We tested in Ustroń, close to my home. A couple of years ago it looked impossible to invite a rally team from Spain to go there and give me the car to drive on my beloved special stages, on which I grew up

Almost 100 crews have entered the rally, with most of them – 54 – in cars similar to Škoda of Kajetanowicz. He will compete against the whole WRC-3 field and some guests representing factory teams: Stéphane Lefebvre or Andreas Mikkelsen.