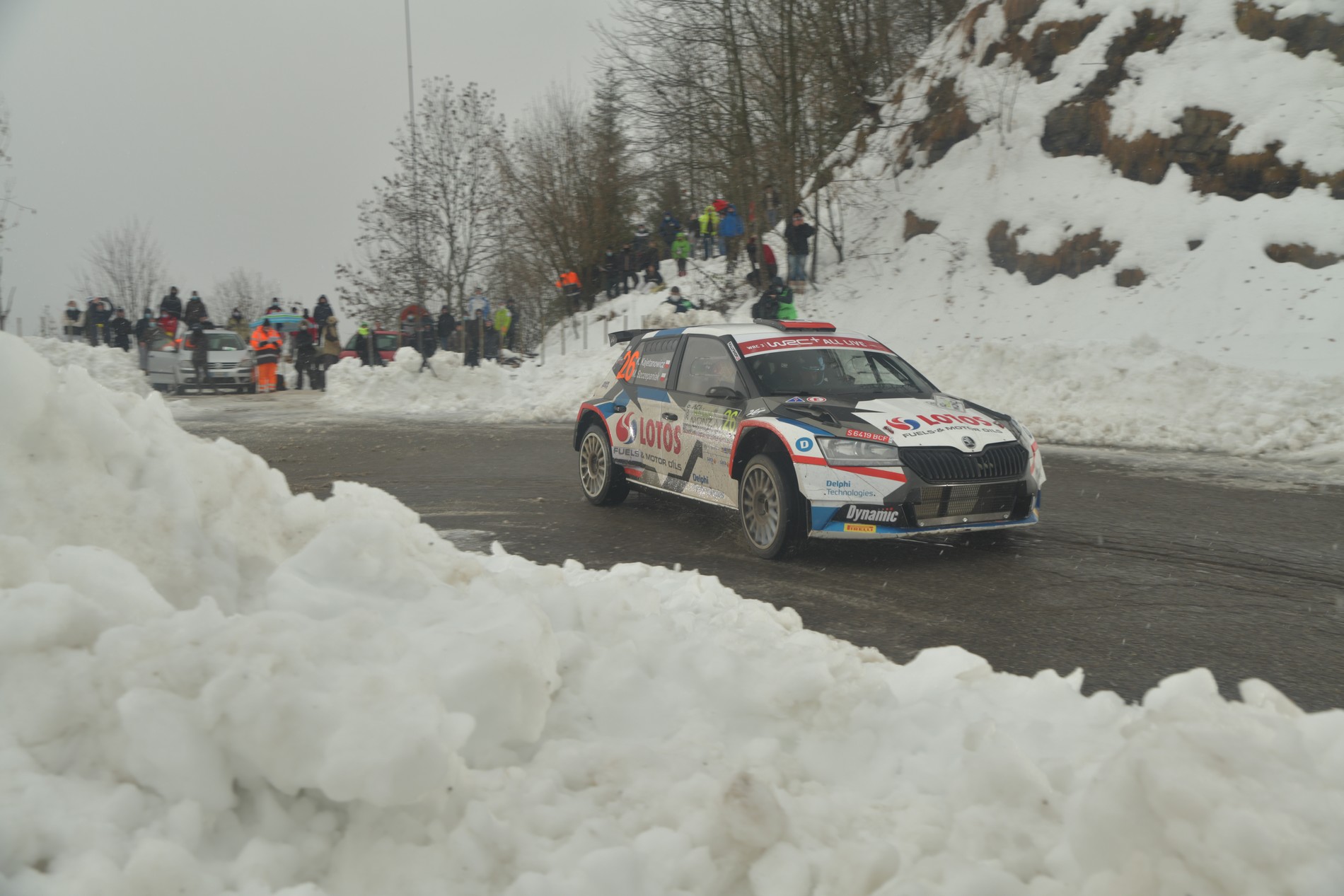 Extreme conditions in Italy, Kajetanowicz and Szczepaniak in fifth position

Extreme conditions on Saturday brought plenty of excitement to all competitors and fans, following intense action during Rally Monza. Rain – also snow and ice at higher altitudes – made the driving very difficult and punished every mistake. Many crews made errors, while Kajetan Kajetanowicz and Maciej Szczepaniak tried to fight and despite unfortunate tyre choice for the first loop, they set some competitive times in the afternoon, closing the gap to WRC-3 frontrunners. The fight goes on!

The Saturday’s leg of the final World Rally Championship round was supposed to be the longest one, with almost 127 competitive kilometres. Conditions on the opening loop were changeable: stages were wet, with snow at places. However, the second loop brought more excitement: it started to snow and in some sections, with ice on road, the cars virtually had to stop. Right at the beginning two crews went off the road: Greensmith/Edmondson (Ford Fiesta WRC) and Veiby/Andersson, whose Hyundai i20 Coupe WRC blocked the road and the organisers had to cancel the stage. Fortunately all crew members were OK.

Due to difficult conditions stage number 12 was also cancelled, so the fight among WRC-3 crews was limited to SS11 Gerosa 2 (11.09 kms). The LOTOS Rally Team crew put a good performance, setting fifth-fastest time in their category, ahead of the rally leaders. After service break the competitors completed the final stage today: P Zero Grand Prix 2. With one leg to go, the Polish crew hold fifth position in the WRC-3 standings.

– It was a very demanding and difficult day for us. We made a wrong tyre choice for the first loop, so it was hard to fight with the frontrunners. We were the only crew to take snow tyres and it hurt us a lot. This was another experience for us, as snow finally came – but a bit later. This is how it is in the mountains, where the conditions and weather can change dramatically. Many drivers learnt it the hard way, going off the road. We are still in the mix and we will fight until the end. I am learning this car on tarmac, although sometimes there is more snow or mud on the road. Tomorrow we will continue to push and enjoy our driving, but in these very demanding condition there is little room for smiles on our faces. We have to stay one hundred percent focused