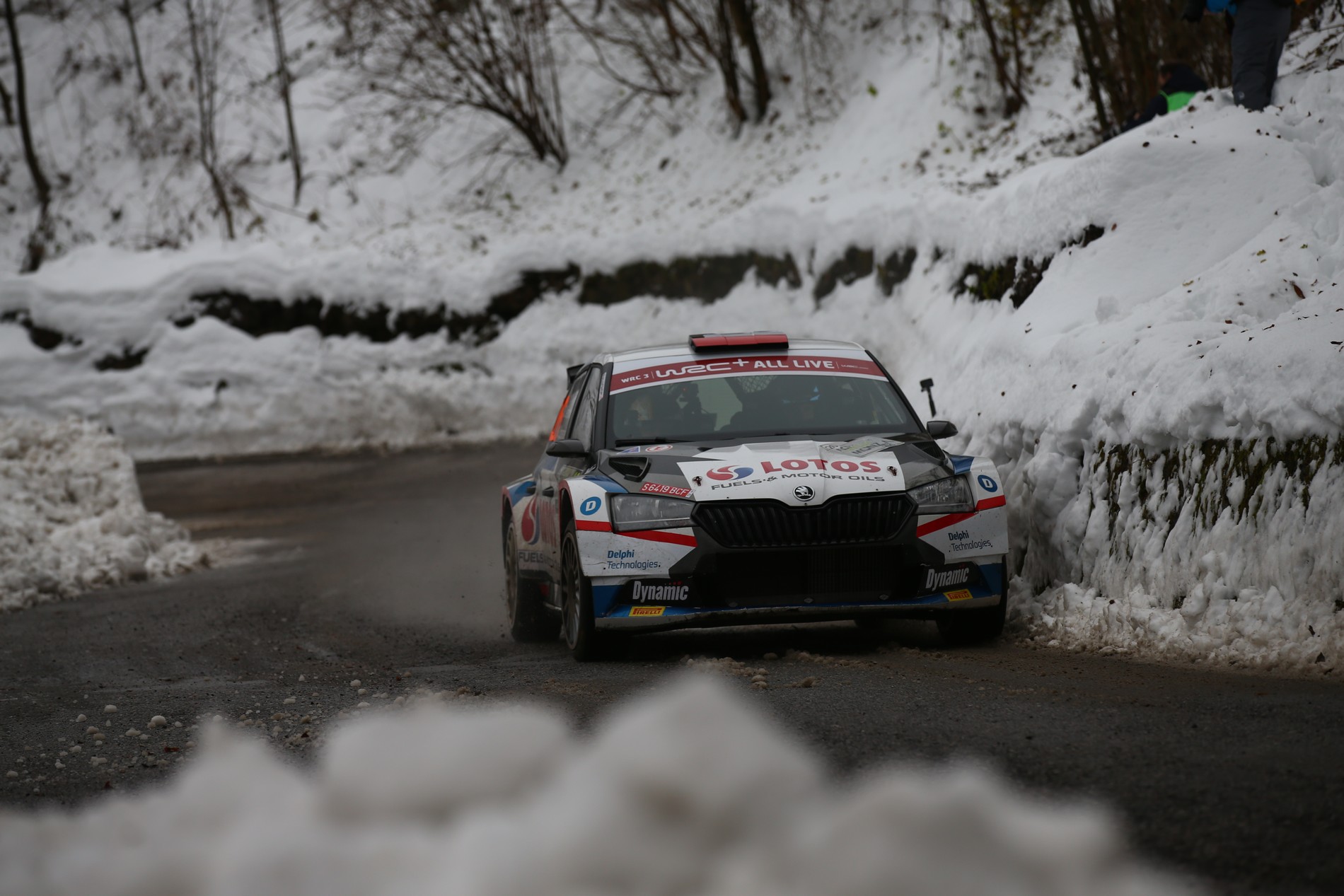 Kajetan Kajetanowicz and Maciej Szczepaniak on the podium in the World Rally Championship!

Unpredictable and unique World Rally Championship season has come to an end. It turned out to be very successful for Kajetan Kajetanowicz and Maciej Szczepaniak: the LOTOS Rally Team crew proved their abilities, scoring a top-three position in the championship for the second time in a row! Despite the mishap in Estonia, they finished the season in third place, with victory in Turkey and runners-up spot in Sardinia!

This season was full of calendar changes, so the competitors had to adapt quickly. Kajetan Kajetanowicz and Maciej Szczepaniak were forced to change their schedule but they coped well with this additional challenge. They started their campaign with Rally México in March, finishing the opening rally in fourth position. When the season restarted, in Estonia, they tried to do their best and fought for victory. Unfortunately, they did not score any points after going off the road on the last stage. Less than one week later they moved to Turkey where after excellent performance they won the WRC-3 category, adding a great seventh position in the overall rally standings.

The championship ended with two events in Italy. First, the crews competed on gravel stages of Rally Italia Sardegna. The Polish duo put on a great performance again, finishing in second position. The final round, Rally Monza, brought more challenges with changeable and sometimes extreme conditions. Water, mud, snow and ice caused some lottery and dramatic grip variations on every special stage. The LOTOS Rally Team crew with good and consistent performance avoided costly mistakes and reached the finish line in fifth position in their category.

Over the course of the season the Polish duo showed good pace, setting top-three stage times and winning many tests. Despite driving a new car, they often defeated factory WRC-2 crews and scored some good results in the overall standings. Their second championship podium in a row is a huge success – made possible by hard work of the whole LOTOS Rally Team. It is worth noting that Maciej Szczepaniak has claimed second position in separate classification for co-drivers – finishing ahead of Marcelo Der Ohanessian who did not contest one of the rounds alongside Marco Bulacia Wilkinson.

– It was a difficult and unpredictable season, with unusual and very exciting finish. Despite many troubles it ends on a positive note. Today we can celebrate another top-three finish in the World Rally Championship. It would not have been possible without your support. I would like to thank Maciek, our trainers, guys from RaceSeven, my engineer Manel and of course all members of the LOTOS Rally Team for their faith, hard work and understanding – and to thank the fans for immense support during each rally. Thanks also to our partners for their support and being themselves, thanks to the media – without you the fans would not have been able to share our success in these difficult pandemic times. Separate and especially unique “thank you” to my family – THANK YOU, you know for what! I promise you that I will not give up and right now my thirst for fight next season. Frankly speaking, our preparations are already underway!