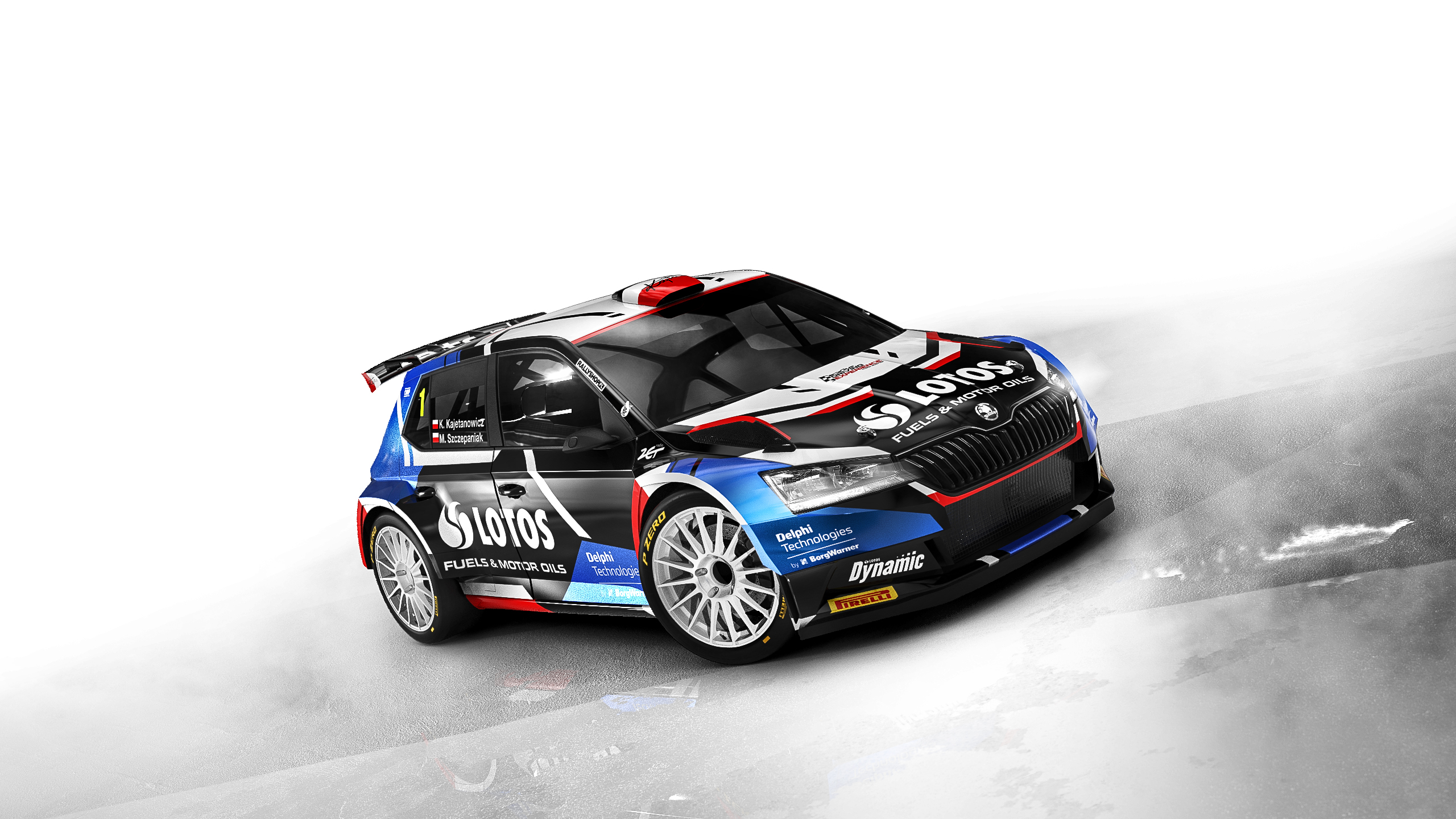 Kajetanowicz ready for another full WRC-3 campaign. LOTOS Rally Team will be back on the stages from Rally Croatia onwards!

Kajetan Kajetanowicz returns to the most difficult and demanding special stages in the World Rally Championship. The LOTOS Rally Team driver, co-driven by Maciej Szczepaniak, will contest full WRC-3 campaign. They will start the title chase with Rally Croatia, on first WRC appearance of this tarmac event. The Polish crew will again co-operate with Spanish company RaceSeven, responsible for preparation and service of their Skoda Fabia Rally2 Evo in the latest specification.

Rally Croatia is another new event in the WRC calendar. Spectacular city of Zagreb, the capital of Croatia, will host the best rally drivers of the world on 22-25 April. This new round presents a huge challenge for majority of crews, having to start the recce with a blank sheet of paper. Another question marks surround the roads – during every tarmac rally the surface is different. It is worth noting that this will be the first tarmac-only WRC round since Rallye Deutschland 2019.

Triple European rally champion will contest the WRC rounds for the fourth year in a row. In 2019 Kajetanowicz claimed the runner-up spot in the championship and in 2020 finished the season in third position. He scored two victories in Rally Turkey, considered to be the toughest round of the whole WRC calendar. His tally of podiums reached seven top-three finishes and on the way to impressive results, including top ten placings in the overall classification, he often defeated factory crews competing in the WRC-2 category.

– I am pleased to finally announce some good news. This year you will see us in the World Championship again. We will fight in the WRC-3 category which right now is the strongest and the biggest field with Rally2 cars. Apart from regular competitors, local crews will join the battle and they know their roads better than anybody. This is particularly important at the events which are new to the WRC calendar – as Estonia last year or Croatia this year. We enhance our knowledge, experience and horizons with every passing year. Ironically, the more we know, the better we see how much work still lies ahead. You have to work consistently in order to succeed – and in order to work you need patience and passion. Thanks to our passion the LOTOS Rally Team has been competing for many years among the best, on the toughest roads

– We are facing seven World Rally Championship rounds and this season looks to be even more difficult than the previous one. We chose the same car which took us to a top-three finish in the WRC-3 last year. I feel confident in this machine and our experience, routines and set-up will for sure pay off. We feel huge support from Spanish outfit RaceSeven – team spirit in the service zone fuels our motivation. We scored third place, we finished as runners-up, so you can guess what is needed to feel the ultimate satisfaction. There is nothing to hide: we will fight for the championship. In order to achieve this goal we need to do our best, give everything and sometimes even more. Such are the requirements of the World Rally Championship and we are ready to tackle them

LOTOS Rally Team is the only Polish outfit which takes part in the full campaign. Kajetanowicz and Szczepaniak have proven over the last couple of years that they can perform at top level, with victories within their reach. They fight against the best drivers in the world, often exceeding the expectations of fans or pundits. These performances require not only intense and hard work but also support of their partners.

– All these things are possible thanks to our partners. Today we present a new, spectacular livery of our rally car but the most rewarding aspect is to see the branding of all our partners who have supported us over the years. I want to thank them – and also to thank our fans, I can feel their cheering also through the web, when they cannot support us on the stages –

Starts of Kajetan Kajetanowicz are supported by strategic partner of the LOTOS Rally Team – Grupa LOTOS – as well as Delphi Technologies, Pirelli and SJS Driving Experience.