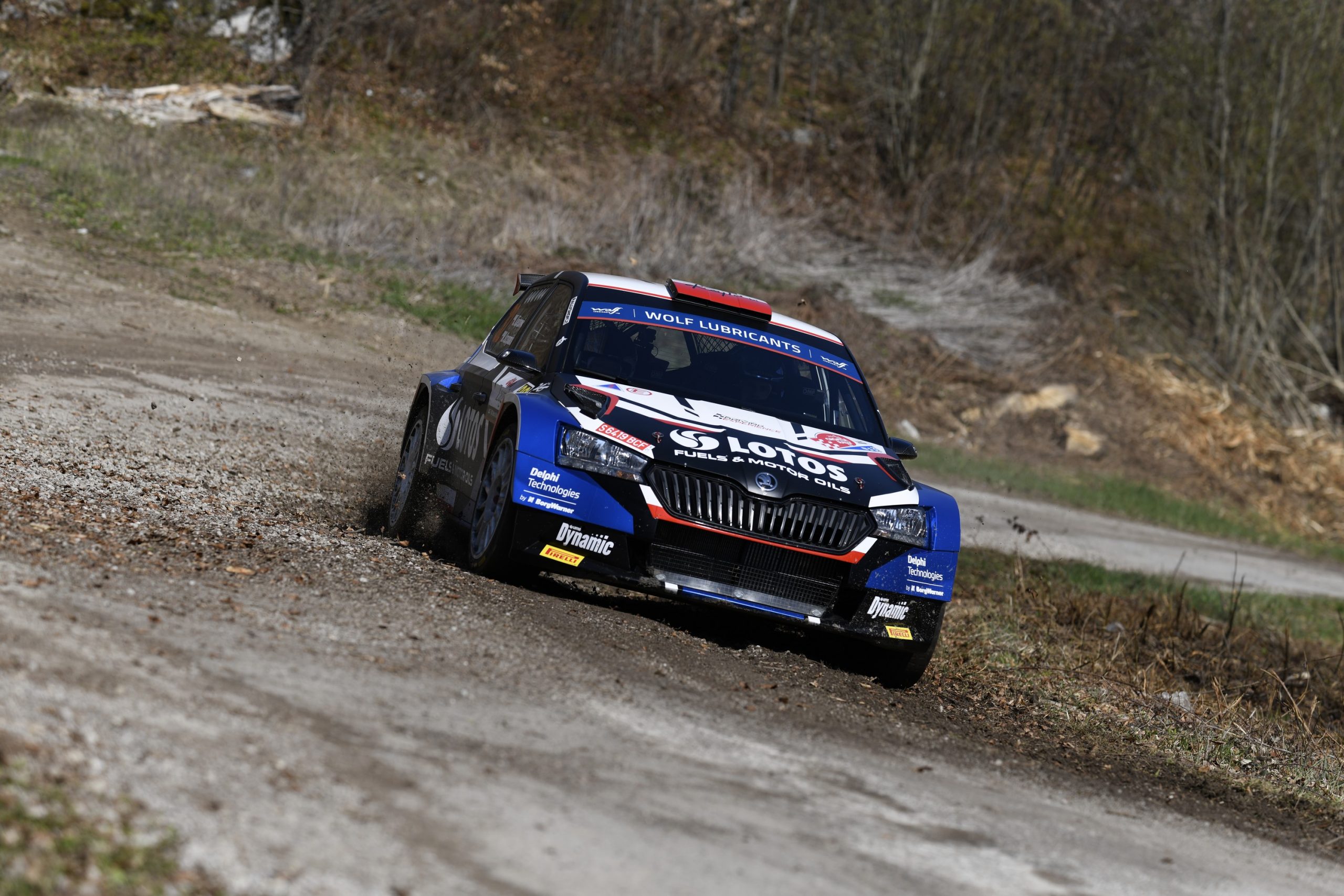 Round three of the 2021 World Rally Championship, Rally Croatia, got underway on Friday morning. This event features in the WRC calendar for the first time – and for Kajetan Kajetanowicz and Maciej Szczepaniak it also marks the beginning of this year’s campaign. The LOTOS Rally Team crew stick to their word and ramp up the pace right from the beginning, holding second position in the WRC-3 standings after four special stages!

The opening loop of Rally Croatia consisted of four special stages with total length of almost 50 kilometres. Kajetanowicz and Szczepaniak started the day with fourth-fastest time on the shortest test, adding second-fastest result – less than two seconds behind the leaders – on the following stage, the longest one today. They set top-three times on another two stages, losing just couple of seconds to the leaders. Excellent pace right from the beginning means that the Polish duo hold second position in the WRC-3 standings, with 9.5 seconds gap to the leading French crew of Rossel/Coria ahead of the afternoon loop.

– We were prepared for a very difficult rally. Now, basically with every corner we pass, it is getting more and more obvious. The stages are very dirty and although the conditions are dry, the cars ahead of us throw plenty of mud on the road. It makes it really difficult to keep a proper line through the corners. We have completed a challenging loop and we are satisfied, holding second position with a really small gap to Rallye Monte Carlo winners – and this is just the beginning of this really enjoyable competition. I think we have good reasons to remain optimistic

– sums up Kajetan Kajetanowicz, the LOTOS Rally Team driver, after the opening loop.

After service break in Zagreb the crews will start the second loop at 15:01 CET, with the same set of special stages: starting with SS5 Rude-Plešivica (6.94 kms), followed by Kostanjevac-Petruš Vrh (23.76 kms), Jaškovo-Mali Modruš Potok (10.10 kms) and Pećurkovo Brdo-Mrežnički Novaki (9.11 kms). This day ends with 45-minutes service break, back in Zagreb.