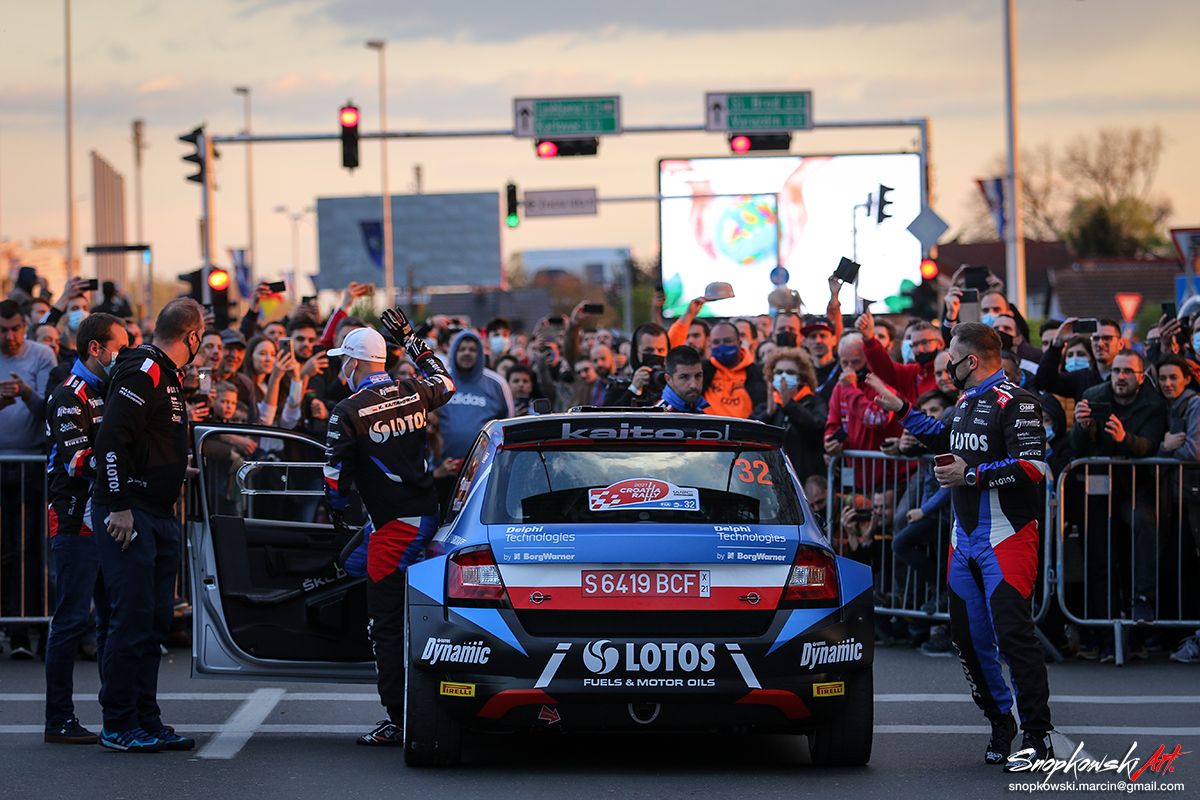 Excellent pace of Kajetanowicz: in the lead ahead of the final day of Croatia Rally!

It has been an extraordinary day for Kajetan Kajetanowicz and Maciej Szczepaniak. The Polish duo showed excellent pace in Croatia Rally, finishing all special stages in top three and winning three of them. The LOTOS Rally Team crew took the lead in the WRC-3 category and extended their lead over second-placed competitors to over 46 seconds. They finished the day with remarkable ninth-fastest time on special stage number sixteen – with only WRC cars ahead!

Kajetanowicz and Szczepaniak started their 2021 World Rally Championship campaign in Croatia. Right from the beginning they do not hide that there is only one goal: fight for the title. Their long and intensive preparations pay off: the Polish crew show great pace and not only lead in their category but also challenge the factory crews. Although this is their second outing in this car on asphalt stages, they managed to find a good set-up and perform strongly straight away. They make progress with every completed stage, proving this with ninth-fastest result in the overall standings on the final stage – just a couple of seconds behind the strongest WRC cars.

– It has been a great day for us. I am happy, especially when you consider our lack of experience with new dampers on dry surface, as we tested them mostly in wet conditions. So I gained knowledge with every kilometre and built my speed right from the beginning. I think that my pace is really good now. The rally ends tomorrow and even though we have just four special stages to go, they will require maximum concentration – especially that the final one is run as the Power Stage, with additional points for grabs. It is really tempting but the most important target for us is to finish the rally in the first position. This is our plan for tomorrow – to keep the lead taken today. The car performs very well and our team do a great job, as always, giving me their full support. This rally, which is completely new to us, runs absolutely trouble-free and I hope it stays like this right until the end