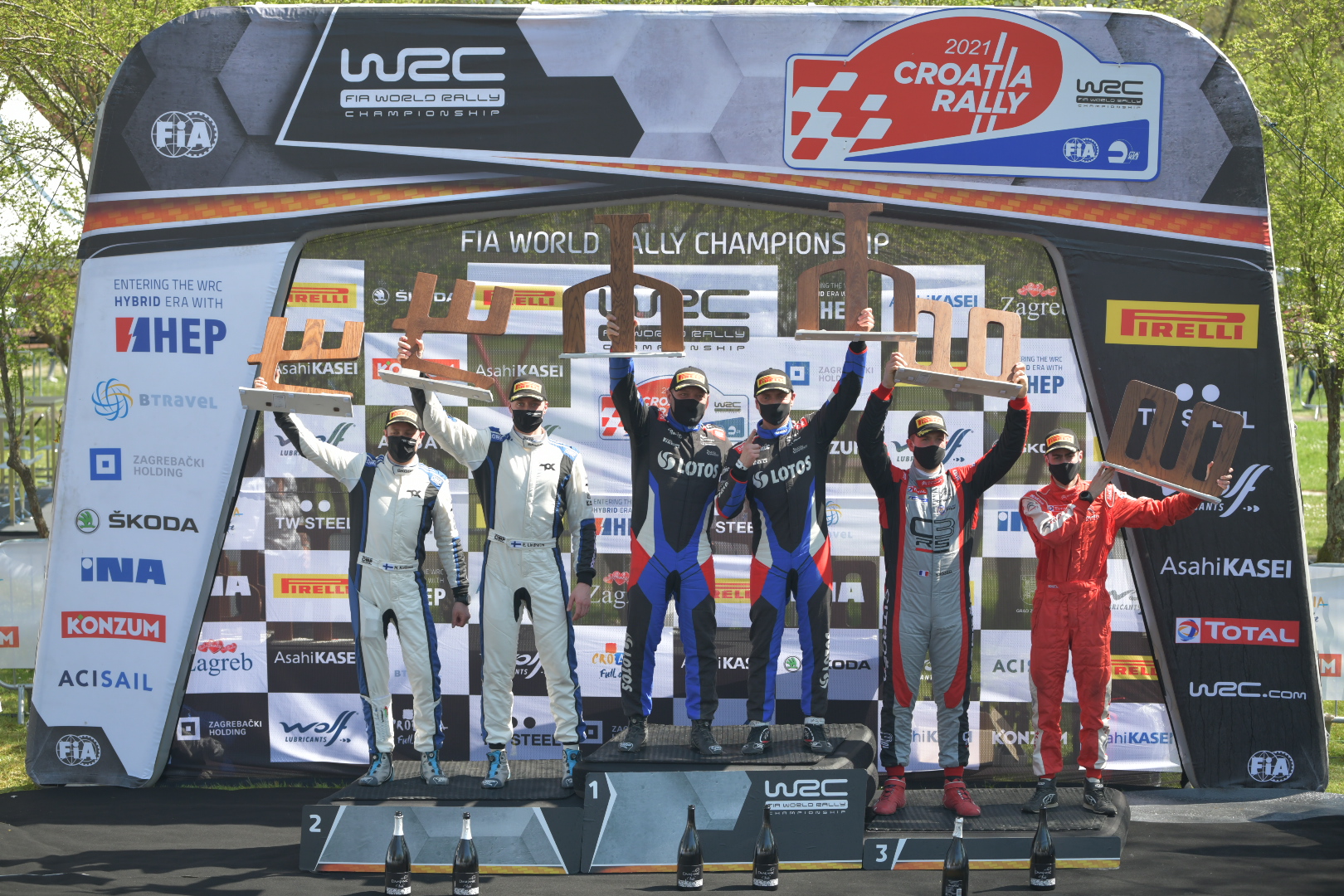 It is a perfect result in Croatia Rally for the Polish crew. Kajetan Kajetanowicz and Maciej Szczepaniak comfortably win round three of the 2021 World Rally Championship, dominating their category! They have started this year’s campaign in style, with clear goal of fighting for the top step of the podium. This is the third victory and eighth podium finish for Kajetanowicz/Szczepaniak in their WRC career. The LOTOS Rally Team crew took eleventh position in the overall classification, with only factory crews finishing ahead.

Extensive preparations ahead of this season had lasted for many months. Kajetan Kajetanowicz and Maciej Szczepaniak decided to start their 2021 campaign with Croatia Rally. This a completely new round in the WRC calendar and few competitors had known these roads before. Therefore it was important to combine raw speed with swift adaptation and learning with every kilometre passed. The Polish crew did a perfect job, winning four special stages and recording 17 top-three results. Their pace enabled them to defeat factory cars (WRC-2) on individual stages and over the course of the rally only factory crews of Citroen and Ford were faster.

After two victories in Turkey, Croatia Rally marks third WRC win for Kajetanowicz. This is also his eighth podium finish – with Corsica, Sardegna, Germany and Spain in his rally.

– It has been a fantastic weekend and a perfect start to our campaign. Basically everything went the way we wanted. We had a very good pace, our car worked very well and we managed to avoid costly mistakes. As always, we had put an enormous effort in our preparations ahead of the rally. For the past couple of weeks I was working like a machine – doing only these things which helped us to perform like this! Now it is time to reap the reward. I have a great bunch of people – LOTOS Rally Team – who have proved their class once again. We have won an extremely demanding rally, challenging the factory drivers who had advantage here, thanks to their gravel crews. On some stages we had to take bigger risks and the price for this could have been very high. Our goal was to win Croatia Rally and we fought for this right from day one. We begin this season well, enjoying the support of our fans – both here on the stages and back in Poland. We are looking forward to next rallies with smiles on our faces, full of motivation