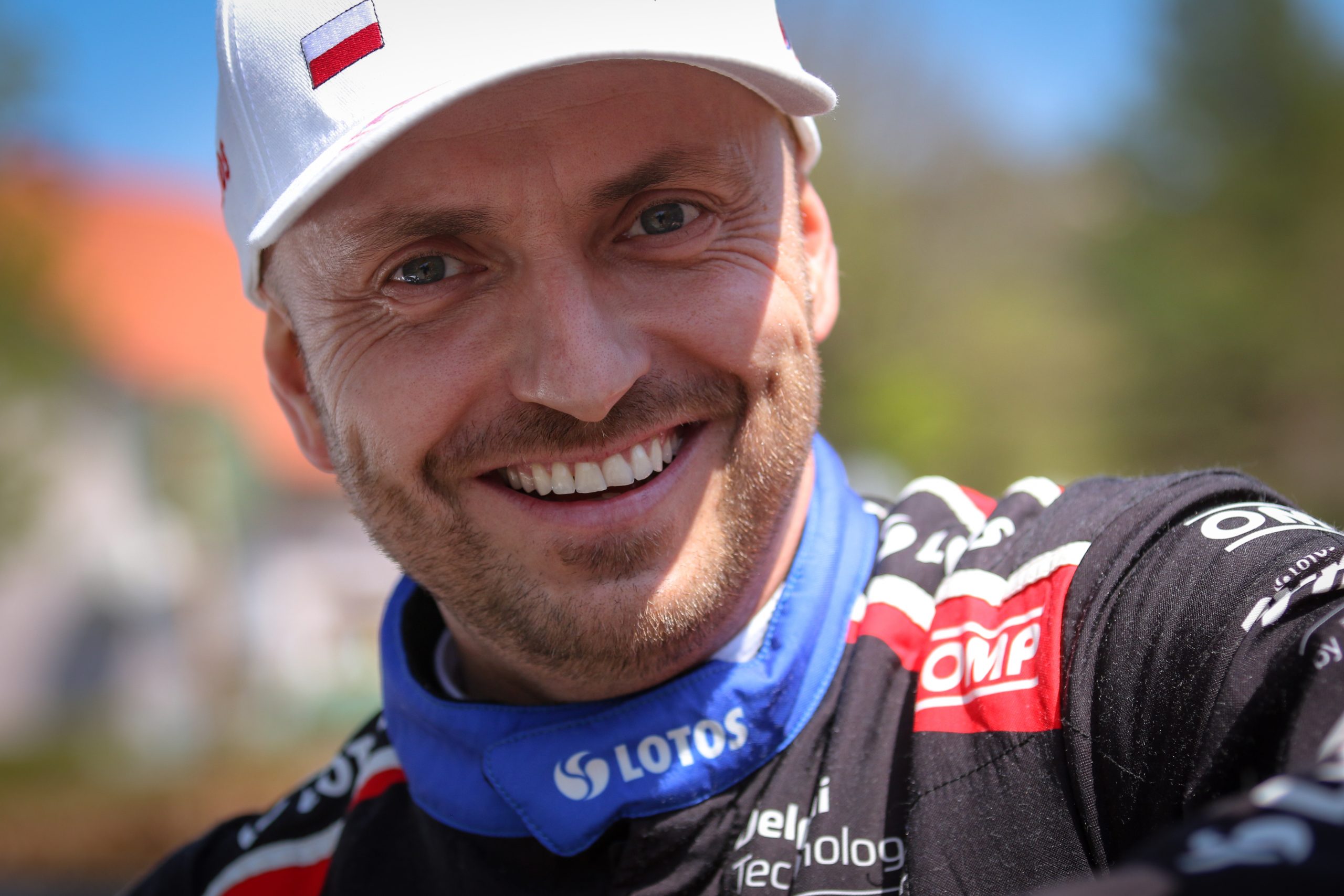 A real motorsport fiesta is coming soon! The famous Rally de Portugal – one of the World Rally Championship icons – gets underway this Thursday. For the first time in his career, the LOTOS Rally Team driver Kajetan Kajetanowicz, co-driven by Maciej Szczepaniak, competes on these gravel roads. The Polish driver, fresh after his spectacular victory in Croatia Rally, wants to take another step towards the World Championship title!

Rally de Portugal is one of the oldest and most famous rounds of the World Rally Championship calendar. The competitors battle on these fast and technical roads since 1967. This event is well-known for soft gravel surface on the stages – which are full of deep ruts and loose stones when the cars tackle them for the second pass. Fafe stage – extremely popular among motorsport fans all over the world – is another hallmark of this round. Thousands of rally enthusiasts gather here every year, creating a truly unforgettable atmosphere. This test ends with a spectacular jump where the cars fly for over 30 metres! However, you need to be very careful there because a heavy landing can result in spectacular crash and premature retirement from the rally.

The entry list for this year’s 54th running of the rally boasts over 80 crews. Kajetanowicz and Szczepaniak have no less than 24 rivals in the WRC-3 category, including many Portuguese competitors with perfect knowledge of local roads – such as Bruno Magalhães, with whom Kajto battled for the European Rally Championship title back in 2017. There are also drivers who completed the top five in Croatia, behind Kajetanowicz – Emil Lindholm from Finland, Frenchmen Yohan Rossel and Nicolas Ciamin, as well as Chris Ingram from Great Britain.

– We are already in Portugal, testing on stages with similar characteristics to the ones which await us during the rally. We check many things but the road is wet and the conditions over the weekend probably will be dry. This is my first time here. This event is very demanding for the tyres, car and crew – especially on the second loops. The World Rally Championship rounds are never easy but it is always a huge challenge for a newcomer. I want to tackle it and I will do it with a smile on my face but I don’t want to pay for my inexperience – as it is often the case with drivers who compete here for the first time. Right after Portugal we move to Sardinia, so this is a very demanding period

The engines will roar on Thursday morning, on 4-kms shakedown. The official starting ceremony takes place in the evening. Friday may play a crucial role, as there are eight demanding stages to complete, without any service break. A potential car damage on one of the tests might end any hope for a good result or even cause a retirement. Cool head and tactical approach will be very important.

Friday’s schedule consists of two runs of Lousã (12.35 kms), Góis (19.51 kms) and Arganil (18.82) stages, with a single pass of Mortágua test (18.16 kms) which returns to the schedule after 20 years. The day ends with fans-favourite Lousada stage (3.36 kms) – a spectacular superspecial on rallycross track, where two cars compete side-by-side. Overall, the crews have to cover 122.88 competitive kilometres on Friday.

There are further seven stages on Saturday: starting with Vieira do Minho (20.64 kms), followed with Cabeceiras de Basto (22.37 kms) and brutal, almost 38-kms long Amarante test – the longest one in the rally. The competitors tackle the same set of stages after midday service and finish the day with a street superspecial Porto-Foz (3.30 kms). This mixture of stages forms the longest day of the rally – wit 165.16 competitive kilometres.

The final day starts with first runs of Felgueiras (9.18 kms) and famous Fafe (11.18 kms) stages, with a single pass of Montim (8.75 kms) slotted in-between. Afterwards the crews complete second passes of Felgueiras and Fafe – with the final test run as Power Stage, with additional championship points on offer. The whole route comprises of 337.51 kilometres on demanding stages which punish every error.