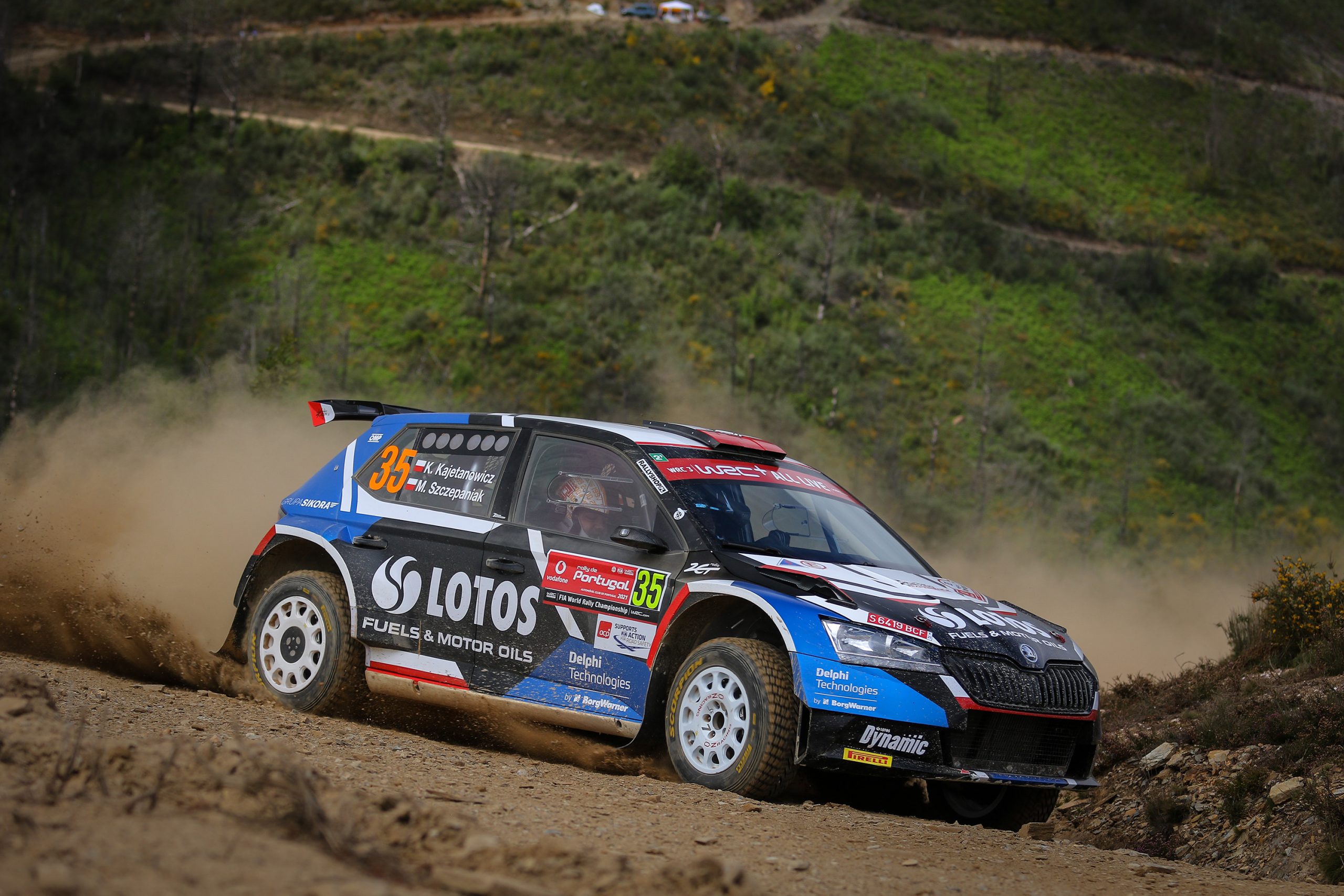 Kajetan Kajetanowicz shows impressive pace in his first outing on the Portuguese special stages. The LOTOS Rally Team driver, co-driven by Maciej Szczepaniak, holds second position in the WRC-3 standings, just 3.5 seconds behind rally leaders! He scored five top-three stage results today, with two stage wins and almost all tests finished in top five – finishing the day with the best time among all Rally2 cars on SS8, with only WRC crews ahead! The fight for victory in the largest category is set to bring plenty of excitement.

Friday stages were run in completely dry conditions, although there were threats of rain and also fog appeared in some places. There was no mid-day service between two loops – the crews had to rely on their abilities to repair and manage the cars. It was not easy, as they had to complete over 120 competitive kilometres on narrow gravel roads, with sharp stones.

Many experienced competitors encountered problems on the stages, including erstwhile rally leaders Solans and López – the Spanish crew did not finish the day. Kajetanowicz and Szczepaniak put on a great show, building their pace with every stage. They set top-three times on five tests in the afternoon, including two stage wins. After the opening leg the LOTOS Rally Team duo trails rally leaders Rossel/Coria by just 3.5 seconds.

– The first day of Rally de Portugal is already behind us. It was a good leg, we were setting really good stage times. Honestly I had not expected to drive so fast in my first outing here. It is very exciting and at the beginning of the day I had some really scary moments, as there are some traps and we come across them carrying a lot of speed. There are many jumps, grip levels change dramatically – especially on second runs of the stages, but this can happen quite often on gravel. We face another two days of competition. I am happy to hold the second position. We trail the leaders by just 3.5 seconds and this is a great result in our category, with 24 crews. Of course we still have a lot of action ahead, this a long and demanding rally, but tomorrow we will for sure continue with smiles on our faces

On Saturday the schedule consists of seven special stages: starting with Vieira do Minho (20.64 kms), followed with Cabeceiras de Basto (22.37 kms) and brutal, almost 38-kms long Amarante test – the longest one in the rally. The competitors tackle the same set of stages after mid-day service and finish the day with a street superspecial Porto-Foz (3.30 kms). This mixture of these stages forms the longest day of the rally – wit 165.16 competitive kilometres.