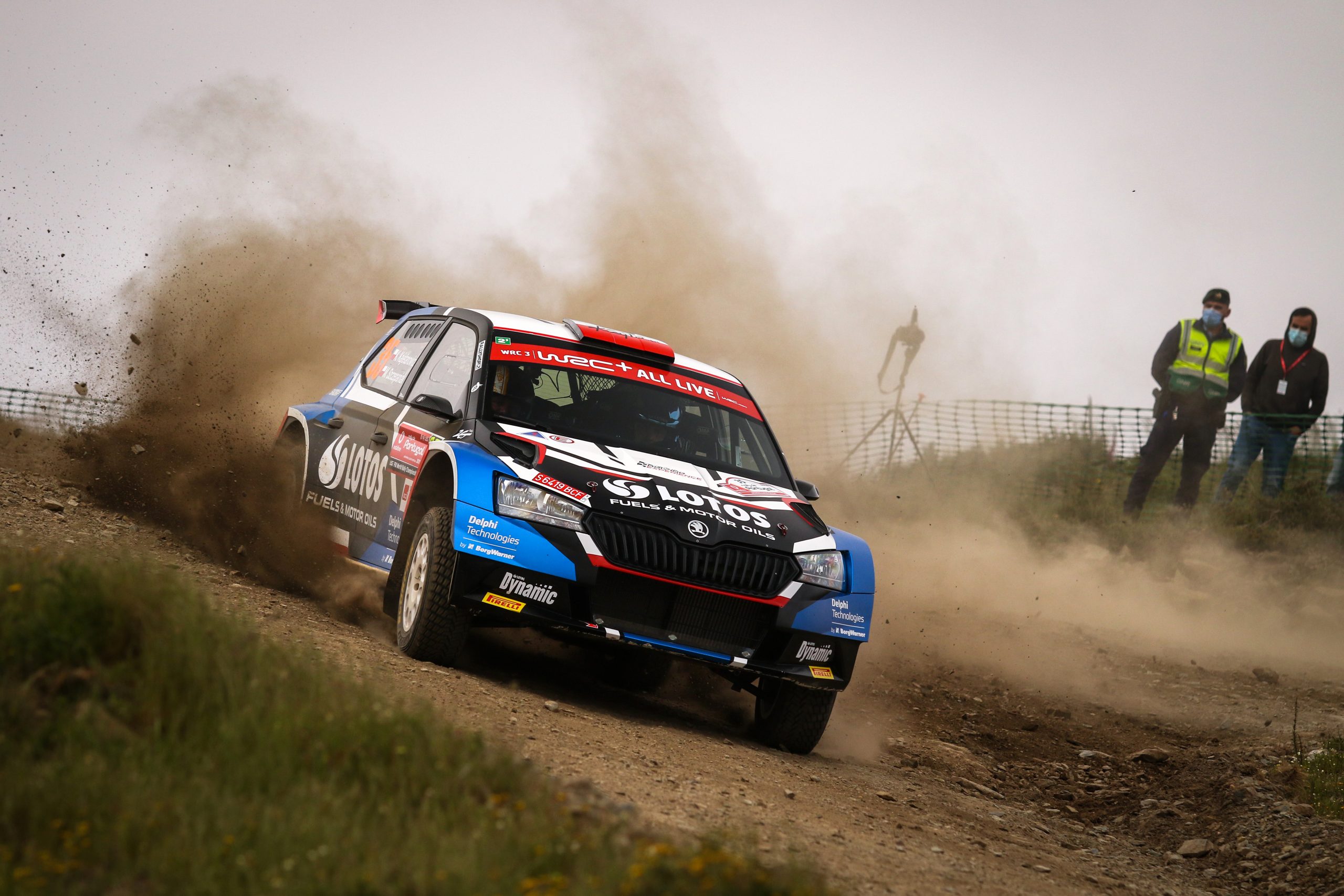 Kajetanowicz and Szczepaniak win stages and take the lead in Rally de Portugal!

Kajetan Kajetanowicz and Maciej Szczepaniak continue to impress in Rally de Portugal. The LOTOS Rally Team crew started the day with third-fastest time on SS9 and won the next two stages – including the longest, almost 38-kms Amarante test. The Polish duo took the lead in the WRC-3 category, with over 13 seconds in hand over second-placed crew.

The fight on the longest leg of Rally de Portugal goes on – there are seven stages to complete on Saturday, with combined length of over 165 kilometres. The weather is far from ideal – dark clouds circulate above the rally route and it is foggy in some places. However, huge crowd of fans cheer for their favourite competitors.

Kajetanowicz and Szczepaniak started the day with third-fastest time on the opening stage, trailing the leaders – Rossel and Coria – by 2.7 seconds. They showed brilliant pace, winning the next test with 6.7-seconds advantage over Heller and Martí. Their French rivals lost 12 seconds and the rally lead. Kajetanowicz extended his advantage by seven seconds with a brilliant drive on the longest stage of the rally.

– It was a positive and fast Saturday morning. We won two special stage, taking the lead. Our advantage might not be huge but it is always good to hold first place. As usual, we will do our best to defend our position. We need to take a good tyre choice for the second part of the day. We played around a bit in the morning, mixing our tyres – but it worked out very well. This is a long rally, now we are facing the second loop which for sure will be demanding. There will be even more ruts and obstacles on road, so some random incidents may happen. We have to remain focused and stay on the road right until the end, as this will be crucial for good result

After mid-day service the crews tackle the same three stages for the second time – Vieira do Minho (20.64 kms), Cabeceiras de Basto (22.37 kms) and Amarante (37.92 kms), before heading to evening city stage Porto-Foz (3.30 kms). This mixture of these stages forms the longest day of the rally – with 165.16 competitive kilometres.