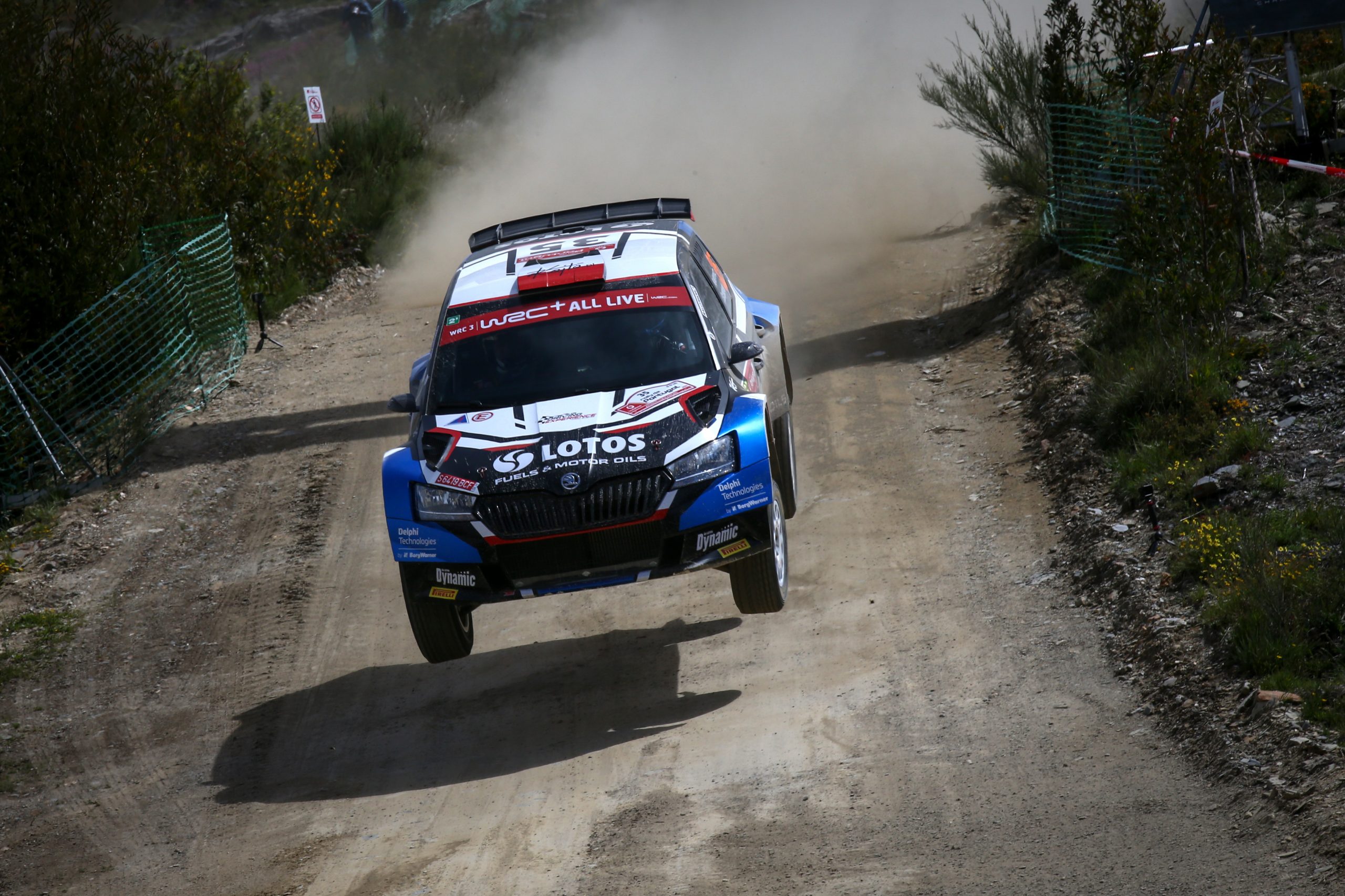 Saturday’s leg of Rally de Portugal, round four of the 2021 World Rally Championship, is completed. The Polish duo of Kajetan Kajetanowicz and Maciej Szczepaniak showed the fastest pace in the WRC-3 category, winning four special stages in their quest for victory. The LOTOS Rally Team crew trail the rally leaders by just 3 seconds ahead of the final day, which consists of five special stages with combined length of almost 50 kilometres.

After the opening loop Kajetanowicz and Szczepaniak returned to competition as WRC-3 leaders. They added another stage win right away, setting the fastest time on SS12 and followed this result with one more victory on SS13. Only a spin in the final section of the longest stage prevented them from setting another fastest time. Just three seconds separate the Polish crew from Rossel/Coria, so Kajetan and Maciej are in perfect position to fight for victory on Sunday.

– It was a very eventful day. We had good pace and led the rally but we lost this position on penultimate stage. Unfortunately we had to reverse after a spin, so we have to fight for the lead again. I am happy with our driving and I had not expected such performance in my first start here. Our car performs very well, we add more stage wins but definitely I am not satisfied, as we were leading the rally. The gap is just 3 seconds, a lot of things still can happen and as a true sportsman I will push right until the end. On Sunday we have less kilometres to cover than during one loop on Saturday. The roads have different surface and we have a legendary Fafe – everybody knows this stage, it is very difficult technically and the competition is always very tight, especially in the World Rally Championship. I feel excited ahead of this test but Rally de Portugal consists of more stages than just Fafe and we need to perform well on all of them

The final day consists of a single run of Montim (8.75 kms), two runs of Felgueiras (9.18 kms) and legendary Fafe (11.18 kms), with second pass of this stage run as Power Stage, with additional championship points for top five crews. Overall there are almost 50 competitive kilometres to complete on the final day and the rally ends around 13:00 CET.