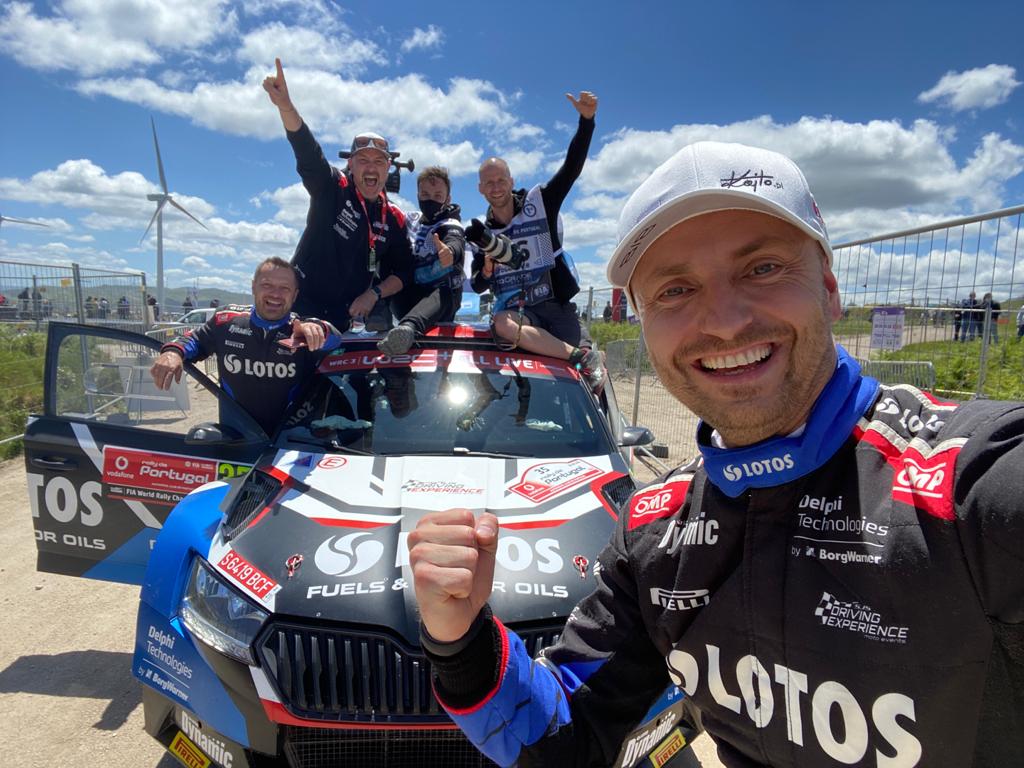 Second start this season and second victory for Kajetan Kajetanowicz in yet another career-first outing, this time in Rally de Portugal! The LOTOS Rally Team driver, co-driven by Maciej Szczepaniak, won one of the most difficult and longest rounds of the World Rally Championship in style, setting top-three times on most of the stages and winning seven of them! It is their fourth WRC victory scored together and thanks to this solid points haul they moved up into second position in the standings.

Sunday consisted of five special stages, including the legendary Fafe test – run also as Power Stage, with bonus points on offer. Kajetanowicz and Szczepaniak started the day in second position, trailing Rossel and Coria by three seconds. On the opening stage they closed the gap to just over one second and took the lead after winning the next test, with considerable advantage. Afterwards they just extended the gap to the finish.

– Winning in my first outing here tastes extremely well! We had good pace right from the beginning and to be honest I had not expected this. I approached this rally with great humility but nonetheless we were winning special stages and pushing right to the end. We made some mistakes, losing the lead yesterday – but we managed to get it back today. From the start I was repeating: just drive, stay focused and don’t think about unnecessary things. I want to thank my LOTOS Rally Team for another fantastic performance. This rally was also a great challenge for them. Of course many thanks also to my partners – their support meant that we were able to compete and win this iconic rally. I cannot forget about our fans, friends and families – I hope we brought you a lot of joy! Next week we will be in Sardegna: this is the World Rally Championship, so the pace is great, in every aspect

The results remain unofficial until the final rally classification is published.

* Best 5 results out of 7 rallies are taken into account.