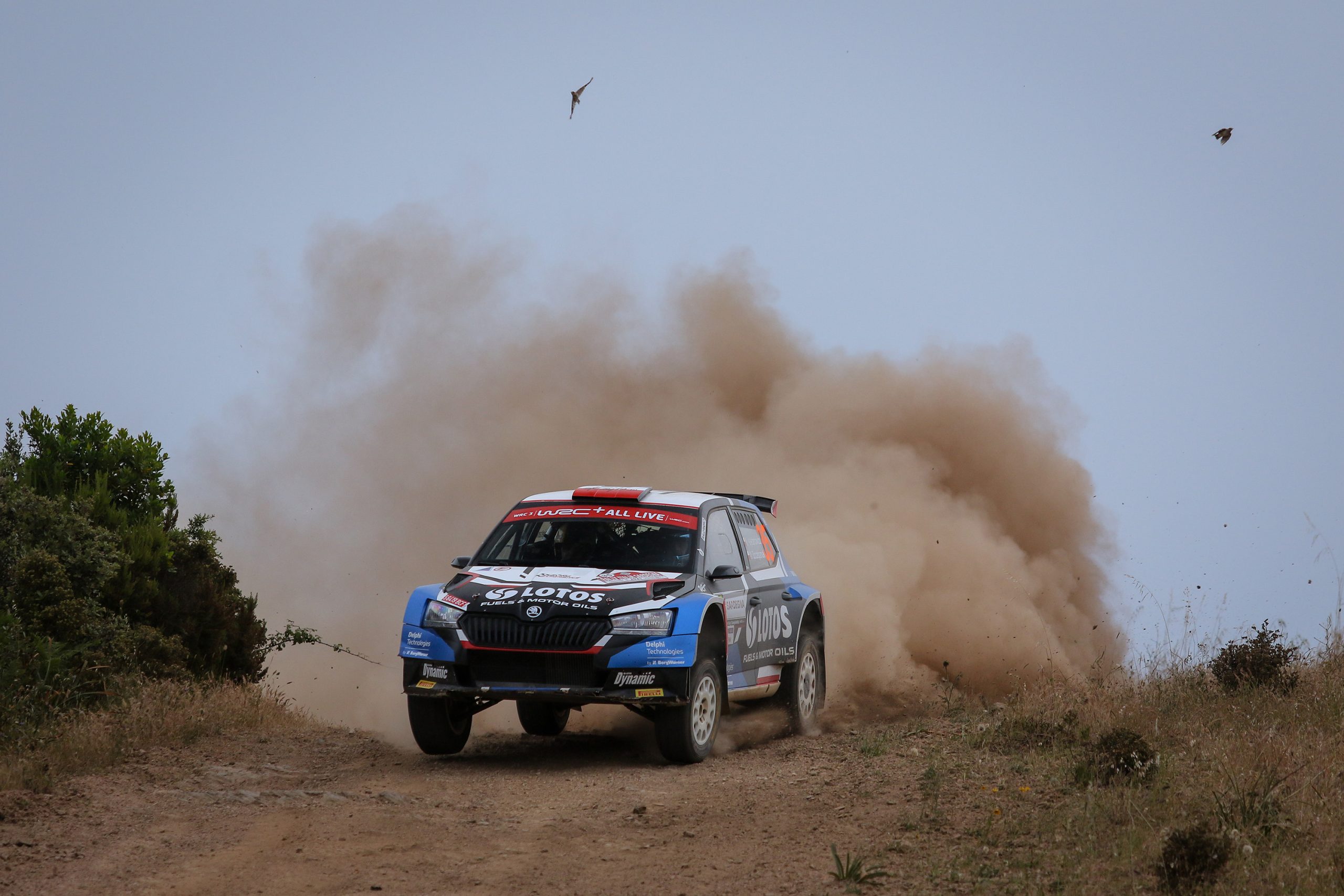 Leg two of Rally Italia Sardegna, round five of the 2021 World Rally Championship is underway. Kajetan Kajetanowicz and Maciej Szczepaniak, rally leaders until the final metres of the last stage on Friday, returned to action after being forced to retire yesterday. With additional motivation, they showed excellent pace right from the start, setting second-fastest times on all four stages and significantly closing the gap to their nearest rivals, by almost three minutes!

Although it is not easy to maintain focus in such moments, Kajetanowicz proves his masterclass yet again. With very good pace, he is able to fight even with the factory crews on the stages. Rallies are very unpredictable and everything could change when there is still more than half of the rally to go. The LOTOS Rally Team crew hold a points-paying top ten position in the WRC-3 standings, looking forward to gain more places in the afternoon.

– It’s a character-building experience. Our driving is quite good but we’d prefer to lead the rally, like we did yesterday. This sport teaches us not to give up in difficult circumstances, to draw conclusions and to push further. Today we compete on stages which we already know from past seasons, but the configuration is slightly different. We are not fully upbeat, as that yesterday’s incident casts a long shadow, but still there are positive emotions inside the car. We take the day as it is, so there is a smile on my face. We are already past the halfway point of the rally, high temperatures are quite challenging. A lot of things could still happen and this is why we are not going to take it easy