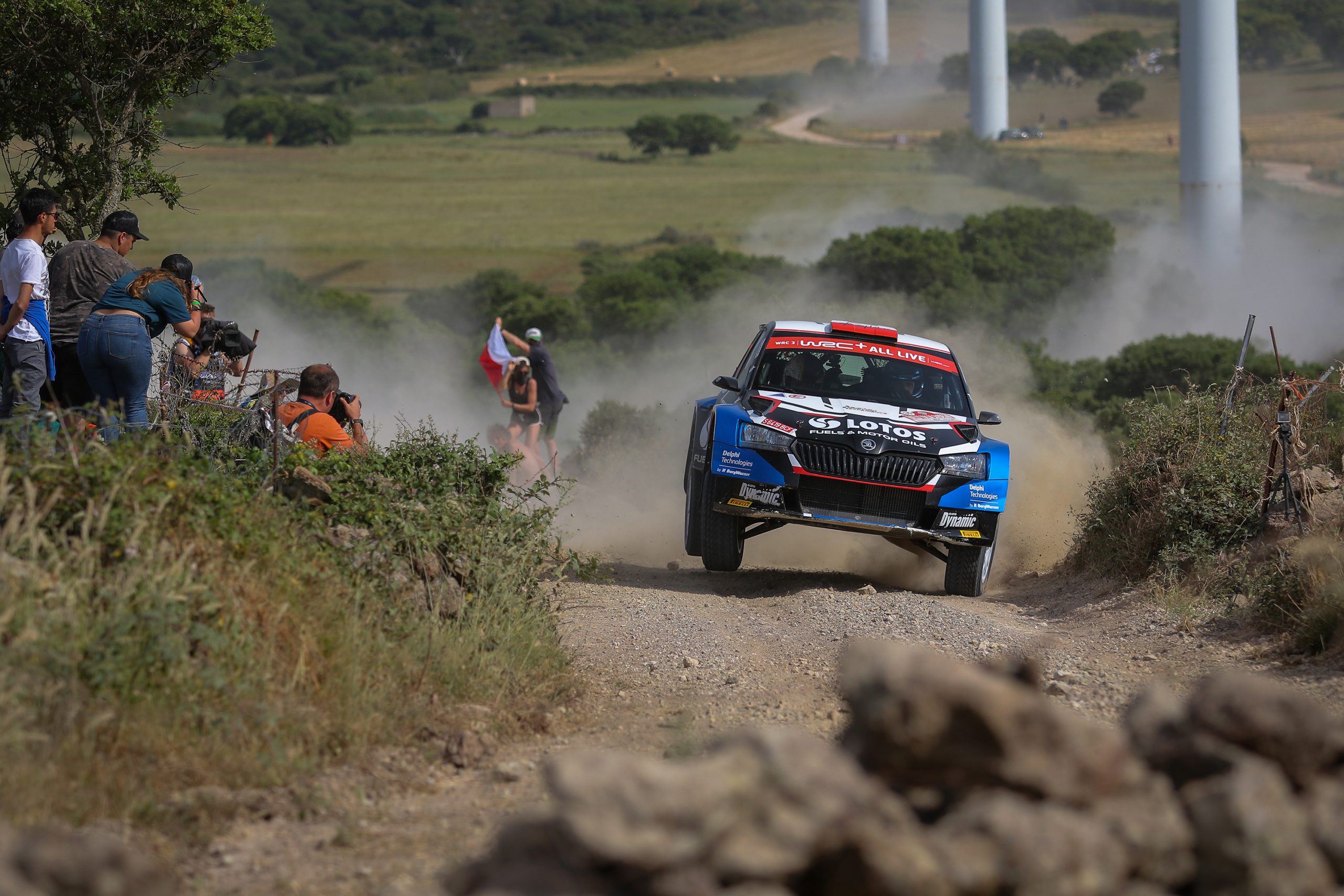 Kajetan Kajetanowicz and Maciej Szczepaniak with second-fastest time on the Power Stage Aglientu-Santa Teresa – the final test of Rally Italia Sardegna, with bonus points on offer! The Polish crew scored more valuable points in the 2021 World Rally Championship standings. The LOTOS Rally Team crew again showed excellent pace in Sardegna and despite their retirement on Friday, they finished the rally in points-paying eighth position, setting impressive stage times along the way.

Right from the beginning of the rally everything went according to plan for Kajetanowicz and Szczepaniak. They recorded top-three times on seven special stages, including two wins. Locked in fierce battle for another fastest time on the final test on Friday, unfortunately they slid off the road less than two kilometres before the finish line. The car was undamaged but they were not able to continue – there were no fans around to help the crew with pushing their Škoda back on the road.

They returned to action on Saturday. On seven stages they set six top-three times and won one test, recording an excellent seventh-fastest time in the overall classification. The LOTOS Rally Team crew set the pace among WRC-3 contenders throughout the day, proving their excellent form shown by the Poles right from the start of the 2021 season.

The final leg took place on Sunday. On the opening stage Kajetanowicz and Szczepaniak moved up into ninth position. They showed impressive pace on the following SS18 Aglientu-Santa Teresa 1 (7.79 kms): topping the WRC-3 category, defeating all factory WRC-2 crews and setting an excellent sixth-fastest time overall. Only top WRC cars finished ahead: Neuville, Evans, Ogier, Rovanperä and Tänak! On the final stage, with bonus points on offer, they set second-fastest time in the WRC-3 standings

– I have to admit that I felt a lot of dissatisfaction after Friday. We were leading the rally and unfortunately we had to accept the loss of some positions. However, looking objectively at the situation, there were quite a lot positives for us this weekend. We have completed another rally with excellent pace and real chance for victory. Our goal remains the same – to win the world championship – and we are not going to stop here. Thanks to all LOTOS Rally Team for putting their hearts into this rally. Competition at this level requires maximum commitment from everybody. The support of my family, fans and partners is just priceless – thanks to you I can push flat out to the finish line, with full focus, even in difficult moments. As always, our preparations ahead of the next championship round accelerated after crossing the finish line of the las stage today. I wish plenty of positive emotions in the next rallies to all fans, and the same level of motivation to my team!