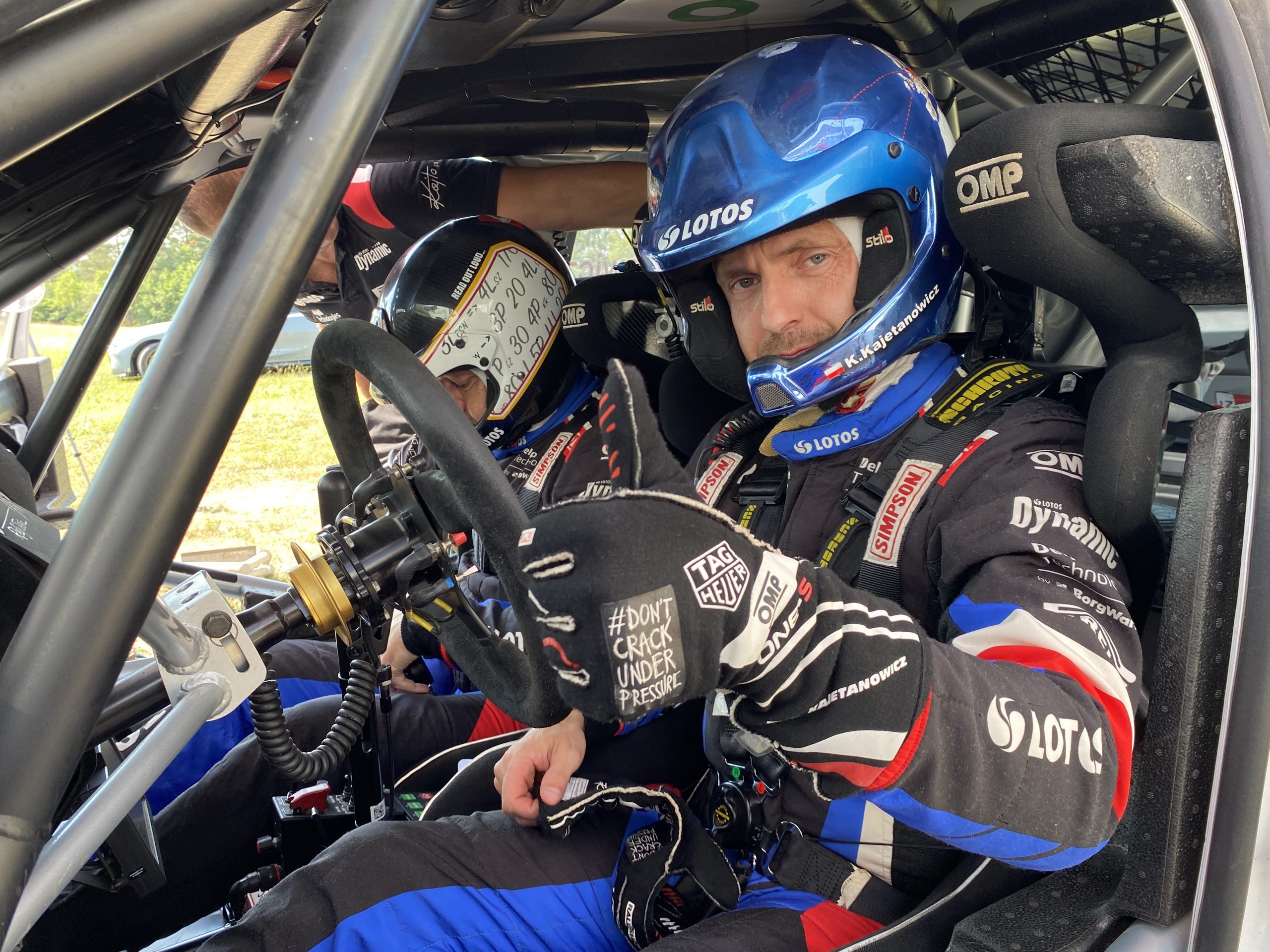 Kajetan Kajetanowicz ahead of Rally Estonia: we have unfinished business here

The LOTOS Rally Team enter one of the fastest and craziest rallies in the World Rally Championship calendar! Round seven of the WRC season – Rally Estonia, famous for high speeds and long jumps – starts on 15 July. Kajetan Kajetanowicz and Maciej Szczepaniak will compete in idyllic scenery of forests, small villages and lakes. However, rally cars speeding through this landscape with almost 200 kph on the clock will for sure provide plenty of excitement!

So far the 2021 WRC season works out in fantastic way for Kajetanowicz and Szczepaniak. The only Polish crew which compete in the world championship on regular basis won two of three events in which they took part: Croatia Rally and Rally de Portugal. They encountered some bad luck in their fight for victory in Rally Italia Sardegna, but they scored some important points anyway.

„Everybody who wants to win this rally is a bit crazy” – said Kajto after one of Rally Estonia stages in 2015, when he competed here for the first time. He proved that he is brave enough to push the pedal to the metal, recording two runner-up positions in 2015 and 2016. Vital points scored in Estonia helped him to wrap up his European Rally Championship titles.

Kajto returned to Estonia last year, when this rally became a World Rally Championship counter. His pace impressed both fans from all over the world and his biggest rivals, including factory crews competing in the WRC-2 category. However, a bit of luck was missing in his quest for success, so for sure he has some unfinished business here.

Judging by the entry list, top level of competition should be expected: with almost 50 crews, including 14 in the WRC-3 category – with local drivers such as Egon Kaur or very fast Finnish competitors, like Emil Lindholm. Spanish driver Pepe López will also fight for victory and some additional spice will be provided by double European Rally Champion, Alexey Lukyanuk. Kajetanowicz fought plenty of exciting battles with him on ERC stages and now they will compete for victory in a WRC round.

– Rally Estonia is a completely different event, even to other gravel rounds of the World Rally Championship. It is really unique due to high speeds, long jumps and characteristics of the surface. On top of that the organisers decided to create some artificial jumps. For sure we will have great fun and pleasure in the car, but at the same time you have to keep maximum focus and stay cautious ahead of every corner. We started our preparation on the stages where we tested last year. I chose those roads on purpose, as in 2020 we found a good feeling in terms of car setup there. As usual, I am highly motivated ahead of the fight. I try to enjoy my driving but the most exciting part is to compete among the best. I hope that our pace here will be satisfying for me, because if we manage to achieve that, our fans will be happy as well

Saturday is the longest day of the rally, with 132.86 competitive kilometres. The opening loop consists of Peipsiääre (23.56 kms), Mustvee (12.39 kms), Raanista (22.76 kms) and Vastsemõisa (6.72 kms) stages. The second loop will finish with another run of 2-kms Tartu test. On the final day the crews face three stages, run in two loops: Neeruti (7.80 kms), Elva (11.72 kms) and Tartu vald (7.47 kms) – also run as points-paying Power Stage. Rally fans from all over the world are looking forward to 319.38 kilometres of top quality rally excitement.