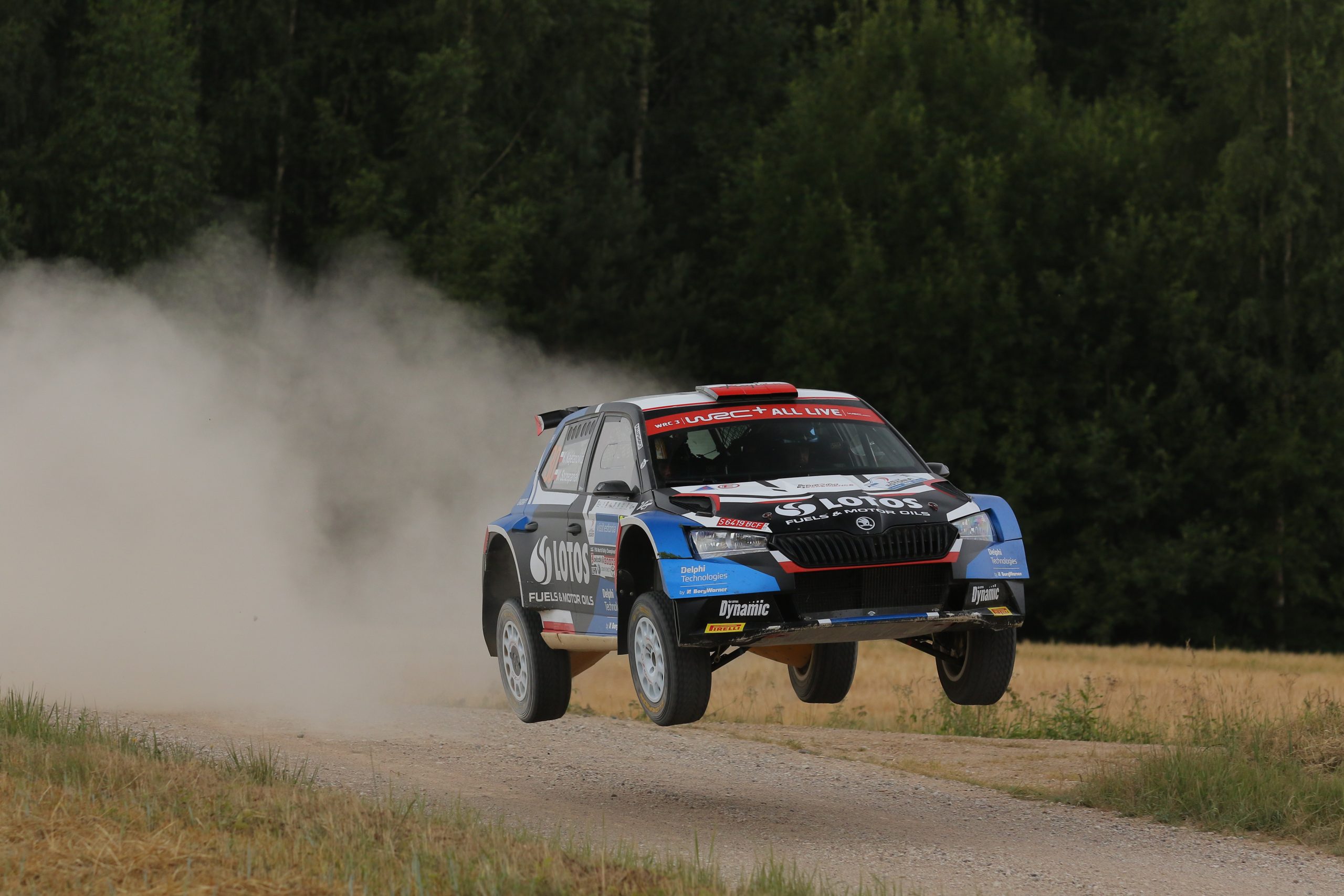 Rally Estonia 2021: Kajetanowicz and Szczepaniak among the frontrunners

The opening leg of Rally Estonia, round seven of the 2021 World Rally Championship, is underway. Top competitors from all over the world arrived in the gravel land of high speed, taking part in extremely spectacular event which appears in the WRC calendar for the second time. Kajetan Kajetanowicz and Maciej Szczepaniak show great pace right from the beginning, scoring four top-three WRC-3 times on five opening stages, defeating also factory crews competing in the WRC-2 category. They set an excellent ninth-fastest time in the overall standings on SS4 (Kanepi 1)!

The competition among WRC-3 contenders is very tight. The LOTOS Rally Team crew maintain good and consistent pace, fighting for fractions of seconds with Finnish duo, Lindholm and Hämäläinen. Just 0.7 seconds separate the Poles from regaining second position, behind leading Russian crew of Lukyanuk and Fedorov.

– We have completed the opening loop of Rally Estonia. As always, the gaps among the frontrunners are slim. We enjoy our driving, trying to have as much fun as possible in this competition. There are plenty of crests and jumps which are different compared to last year. It seems they are steeper or we approach them at higher speed because our jumps are much longer. This is why we need to stay cautious and sometimes it is wise to slow down. Some crews had to retire from the rally after heavy landings. For sure this rally is still very difficult and the second loop is set to be even more demanding. We could expect some rain, so we will have to revise our car set-up and of course to continue pushing!