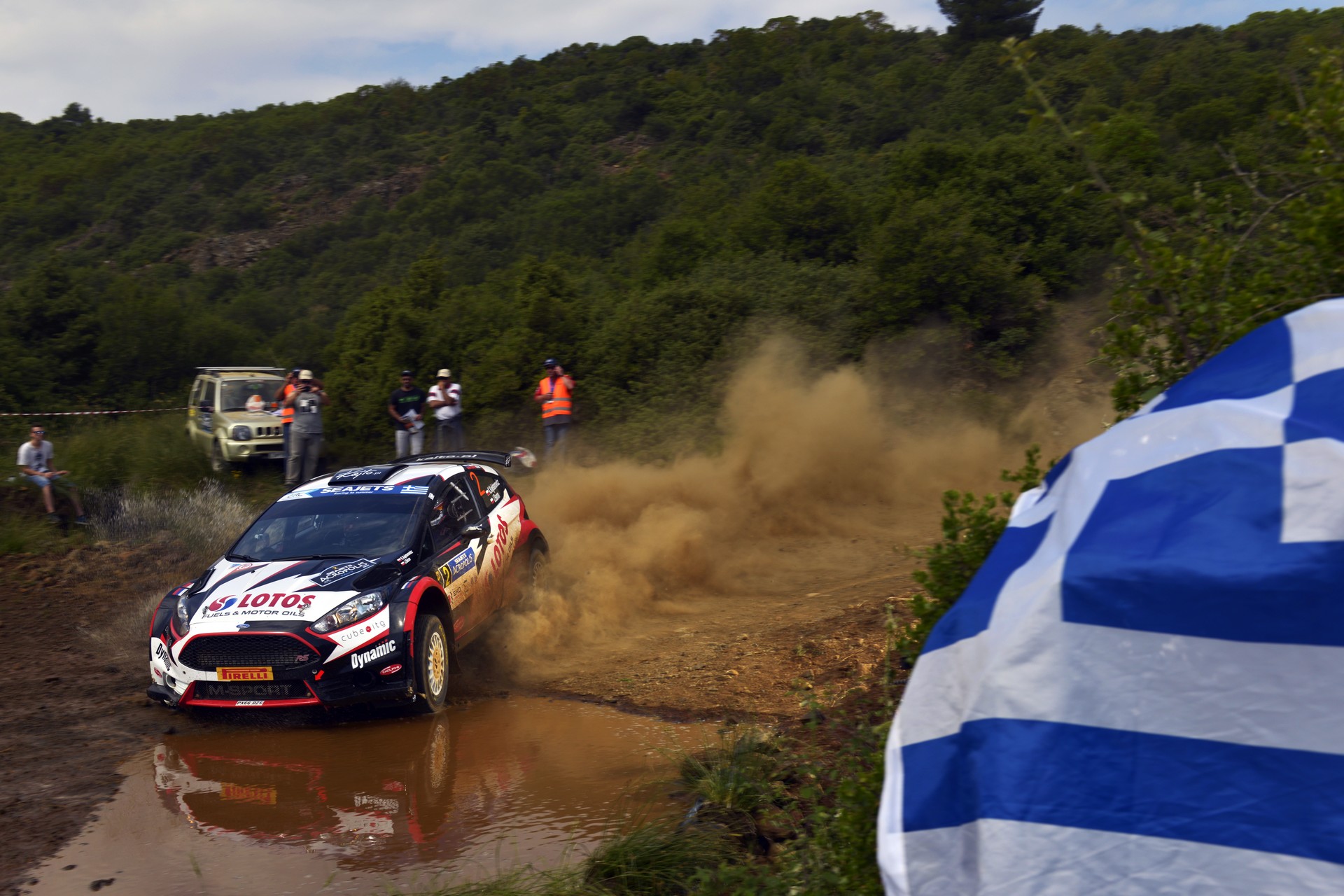 Kajetanowicz tackles the iconic Rally of Gods for the fifth time in his career!

Kajetan Kajetanowicz and Maciej Szczepaniak face another legendary event in their quest for the World Rally Championship title! The Acropolis Rally of Greece – one of the oldest and most prestigious rallies – returns to the WRC calendar after long break. When it was run as a European Rally Championship round, Kajetanowicz scored three podium finishes here, including two outright wins. The long list of winners features plenty of famous names, such as Walter Röhrl, Ari Vatanen, Juha Kankkunen, Carlos Sainz or Sébastien Loeb. The LOTOS Rally Team started their adventure with Acropolis Rally seven years ago.

In 2014 Kajetanowicz contested his first full European Rally Championship campaign. After two opening rounds – Jänner Rallye and Rally Liepāja – Kajto competed for the first time in the “Rally of Gods”. The event format was another novelty for him, with the opening day contested on very slippery and tricky asphalt, before moving on to demanding gravel roads on day two. Despite plenty of new challenges, his performance was outstanding: Kajetanowicz fought for top positions right from the word go. It is even more impressive today, as his rivals – the likes of Craig Breen, Esapekka Lappi or Bryan Bouffier – are now famous for their World Rally Championship outings. Kajto displayed amazing maturity and speed in his debut, finishing the rally in third position! He followed the footsteps of Sobiesław Zasada and Jerzy Dobrzański, who also scored great results in this event. At the finish line Kajetanowicz was happy to admit that this was a dream-come-true result for him. Third position in 60th edition of Acropolis Rally combined with runner-up spot in Cyprus brought him the first FIA ERC Gravel Master title.

Kajetanowicz and Baran returned to Greece the following year, having already scored one victory, four runner-up spots and one third position. With this excellent run, Kajto grabbed his first FIA ERC Ice Master  title, winning also FIA ERC Gravel Master classification for the second time in a row. He was just sixteen points away from his first ever European Rally Championship title. The conditions during Acropolis Rally in 2015 were extreme. The crews tackled muddy roads, so the competition was tougher than ever. However, Kajto confirmed his supremacy and won Acropolis Rally as the first Polish driver in history! With this success he wrapped up his European Rally Championship title and the LOTOS Rally Team topped the teams’ standings.

The Greek rally gods turned their back on Kajetanowicz in 2016 – starting as a clear favourite for the win, he left the road on the opening stage, losing almost 15 minutes and dropping to 34th and last position. His chances for second consecutive victory in Greece were gone. However, Kajto never gives up and he came back fighting, setting the fastest time on the following test and adding further seven stage wins. Kajetanowicz and Baran did not lose their motivation, making up 26 position with their crazy chase – they finished the event in 8th position, with victory on the second leg of the rally and additional points scored for this feat. Kajetanowicz defended his championship lead, stretching his streak of rallies finished in points-paying position to eleven.

In 2017, four years ago, Kajetanowicz competed in Acropolis Rally for the previous time. It was one of the most spectacular wins of the Polish driver in his final European Rally Championship season – when he grabbed his third consecutive title. The LOTOS Rally Team crew finished nine of twelve special stages in top three, winning seven tests in impressive style. Kajetanowicz defeated his closest challenger by one minute, 58 seconds and seven tenths!

– I was very pleased to hear the news about the return of Acropolis Rally to the World Rally Championship calendar. I have many nice memories and each of them had massive influence on me as a rally driver. In 2015 we won in Greece and sealed my first European Rally Championship title. Two years later we were fastest yet again but perhaps ironically the most memorable moment for me was that lesson of humility, taken in 2016. This rally can give you a lot but at the same time it can take away a lot. If we show the same level of determination, together with the whole team, then I suppose that our fans can stay calm

The 65th running of Acropolis Rally takes place on 9-12 September. The LOTOS Rally Team crew compete against seventeen rivals in the WRC-3 category.