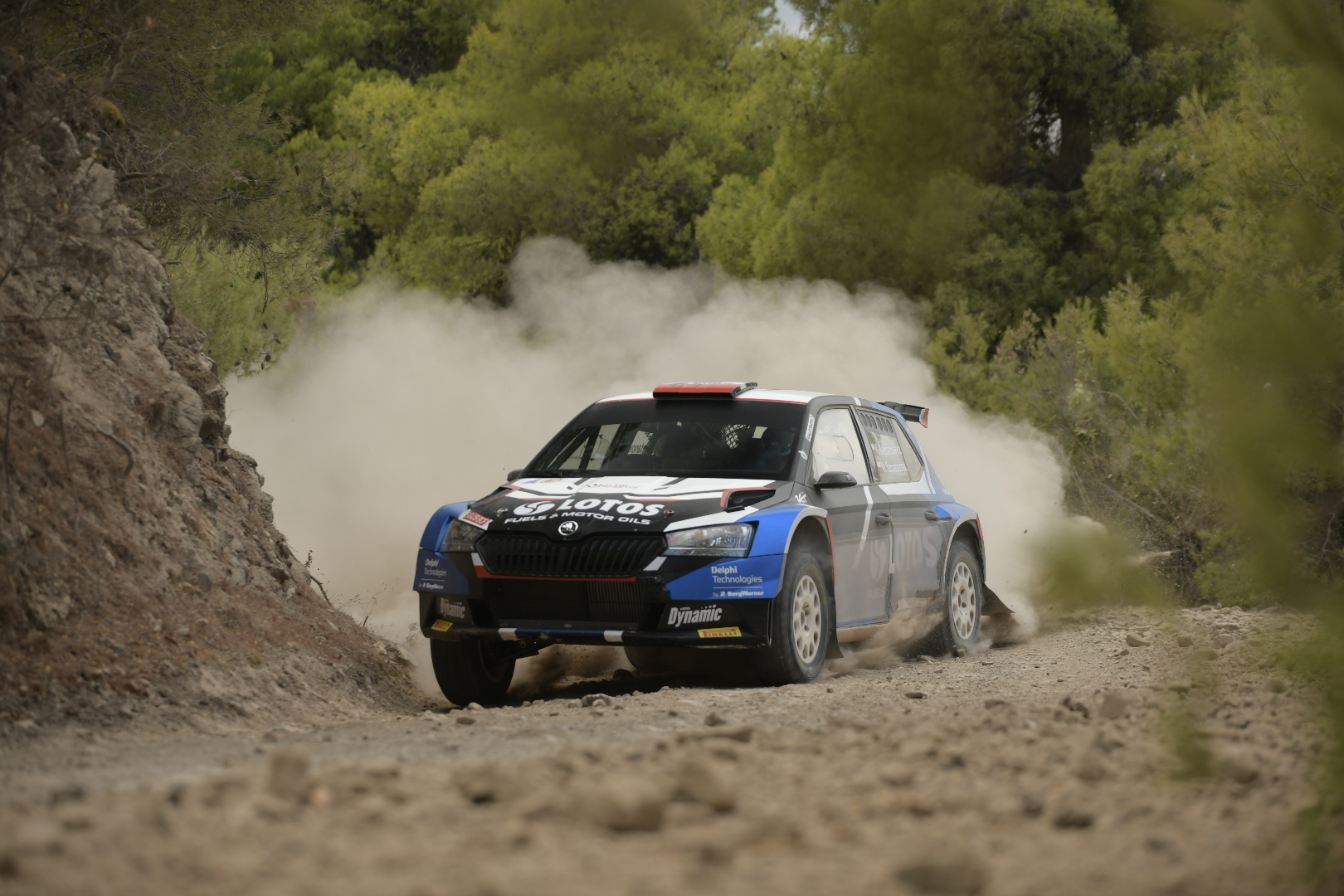 LOTOS Rally Team enter the final phase of the season

Rally excitement with the LOTOS Rally Team crew of Kajetan Kajetanowicz and Maciej Szczepaniak is back. The second-placed duo in the WRC-3 standings tackle the 65th edition of Acropolis Rally – known also as the “Rally of Gods”. Kajetanowicz competes here for the fifth time in his career. He has three podium finishes under his belt, with two outright wins in his European Rally Championship successful title campaigns. What can he achieve this year, with Acropolis Rally returning to the World Rally Championship calendar? We will get the answers on 9-12 September.

Kajetanowicz enjoys a successful 2021 season. The Polish driver started his campaign with two victories, on tarmac in Rally Croatia and on gravel in Rally de Portugal. After scoring more points in Rally Italia Sardegna, Kajto finished an extremely fast Rally Estonia in runner-up position. Currently he holds second position in the championship standings but the leader Yohan Rossel has contested five rounds compared to four completed by Kajetanowicz.

Acropolis Rally returns to the World Rally Championship calendar after eight years, being one of the oldest WRC rounds – the first edition took place in 1953. This rally is extremely popular among the fans. Three special stages, scheduled also for this year’s competition – Aghii Theodori, Bauxites and Tarzan – have earned their spots on the list of top ten iconic WRC stages. They are famous for twisty layout, high temperatures and huge stones which can cause damage to cars and tyres, especially on the second runs of the stages. A fair number of punctures is quite possible.

The WRC-3 field, including Kajetanowicz and Szczepaniak, is the largest one on Acropolis Rally entry list, with 17 crews – six of them from Greece. Among the rally favourites there are Finnish crew of Emil Lindholm and Reeta Hämäläinen or Chris Ingram and Ross Whittock from Great Britain. However, rally fans are excited to watch another round of duel between Kajetan Kajetanowicz and Yohan Rossel. These two drivers battle for the championship laurels. They competed head to head in Sardegna, where Rossel and Coria came out on top, and in Croatia and Portugal – with victories for Kajetanowicz and Szczepaniak. Who will win in Greece? This is one of the hottest questions ahead of the rally.

– Each rally is important, especially towards the end of the season, when all cards are on table. We achieved quite a lot this year but we still need to push and score more points than our main rival. This is our goal. I competed in Acropolis Rally several times, when we were fighting in the European Rally Championship. We won twice so I know the taste of victory here but this time it is a different story. We have to start with a clean sheet and just do our job. Concentration will be the key although it will not be easy to maintain in these conditions. I have been looking forward to competing here for several weeks. You cannot predict everything in rallies but I believe we have done everything to leave as little as possible up to chance

The 65th running of Acropolis Rally starts on Thursday, 9 September. After shakedown runs the crews will begin the battle on a city stage (0.98 kms), which starts at 17:08 CET. On Friday there are five special stages to complete: two runs of Aghii Theodori (17.54 kms) and single runs of Loutraki (19.40 kms), Thiva (23.27 kms) and Elatia (11.65 kms). The biggest challenge on Friday is lack of service zone. The crews will have to cope with any potential problems without outside assistance.

The rally showdown takes place on Sunday. This day starts with 23.37-kms Tarzan stage, followed by the longest test of the whole rally – 33.20-kms Pyrgos stage. Bonus points will be scored on shortened version of Tarzan (12.68 kms), run as Power Stage. The route of all Acropolis Rally stages is 292.16 kilometres long.