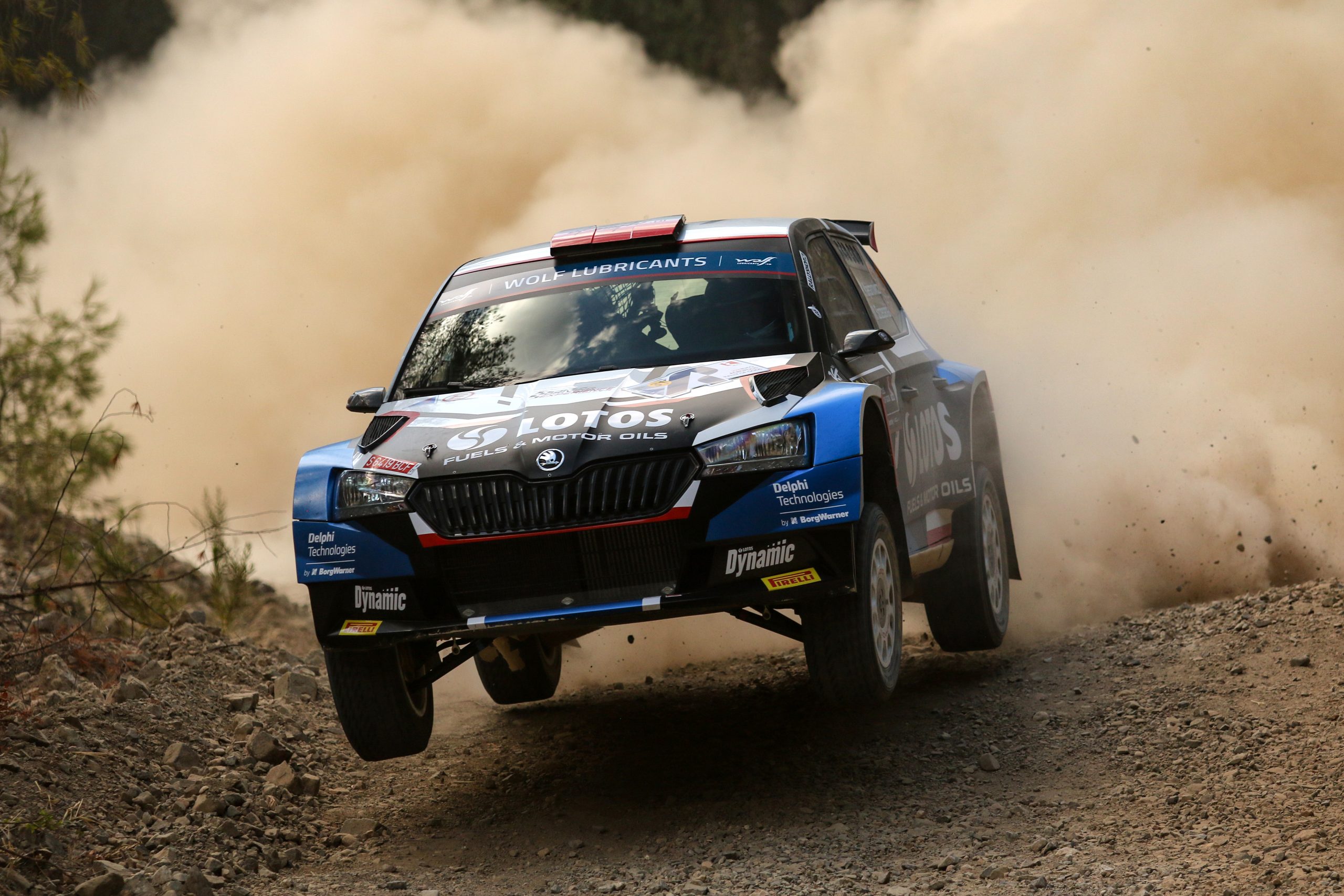 The best rally crews of the world compete in Acropolis Rally, round nine of the 2021 World Rally Championship. Kajetan Kajetanowicz and Maciej Szczepaniak maintain very good pace, grabbing their second stage win in the WRC-3 category on Friday morning and adding a top-three time on another test. The LOTOS Rally Team crew fight for the lead, with just over six seconds behind the top spot. Crucially, the Polish duo is ahead of their title rivals, who currently lead the championship standings.

Kajetan Kajetanowicz and Maciej Szczepaniak started their day with third-fastest time on SS2 Aghii Theodori 1 (17.54 kms) and won the following stage, SS3 Loutraki (19.40 kms). After three special stages they hold third position, just 0.3 seconds behind second-placed crew of Lindholm/Hämäläinen and 6.5 seconds behind the rally leaders, Ingram and Whittock. After two stages they entered a special zone, where they checked their car and changed the tyres. The Friday’s leg is run without a proper service break and the crews have to complete the day without any support of the mechanics.

– At the moment we can say that this rally is going very well for us. We won two out of three stages but we cannot take it easy. After a short break to change the tyres, which suffer a lot here, we are heading for another three tests. The weather has improved after the recce but one of the stages ahead could still be damp, so we have to take a difficult decision regarding the tyre choice. Right tactics and strategy are crucial, we are doing our best to make correct choices and so far we are doing pretty good job