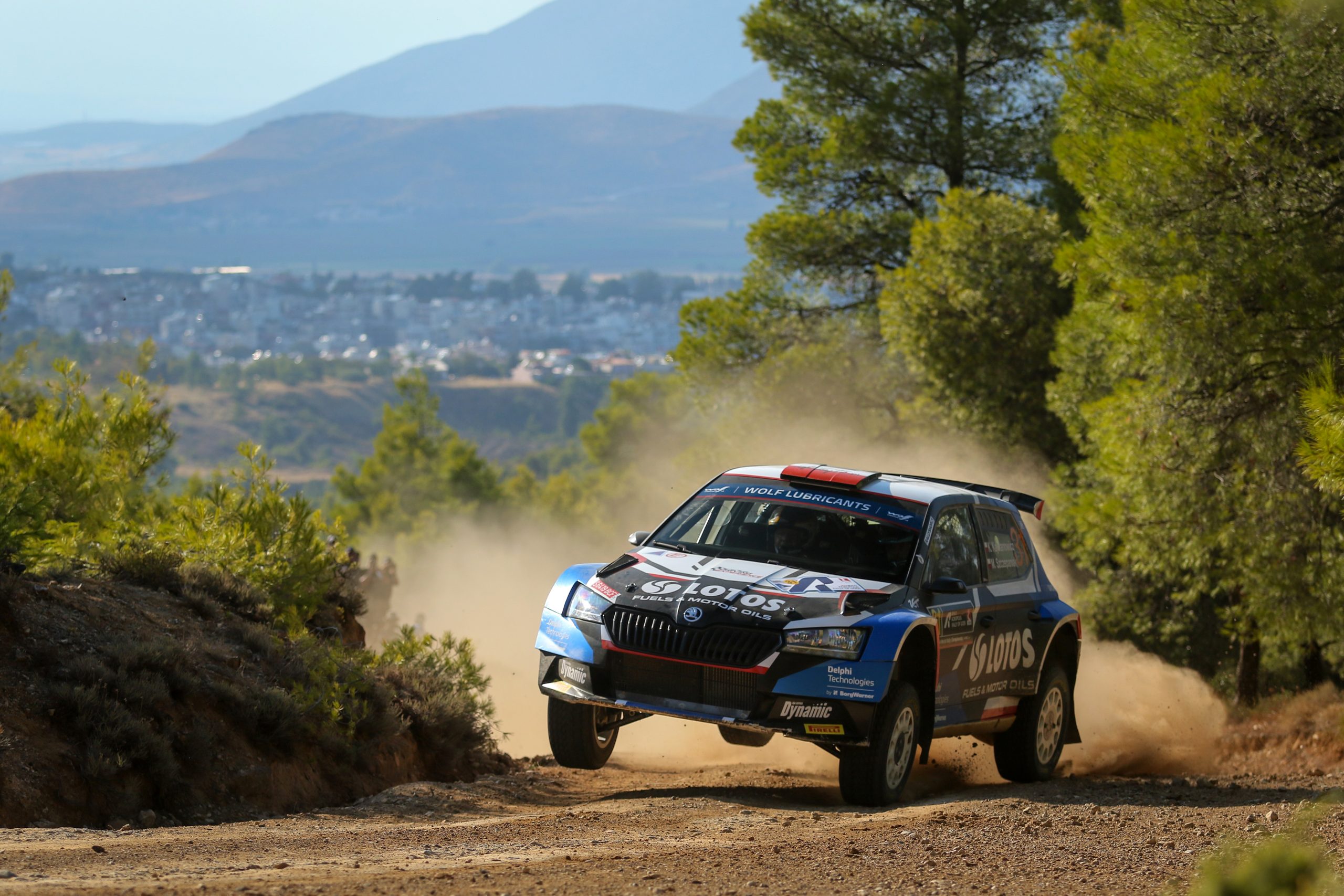 Excellent performance of Kajetan Kajetanowicz and Maciej Szczepaniak in Acropolis Rally. The Polish crew won two special stages, finishing another two tests in second, third and fourth position. Thanks to good and consistent pace the LOTOS Rally Team duo moved up into second position in the WRC-3 standings, holding an impressive tenth position in the overall classification! Saturday is the longest day of the rally, with over 130 kilometres of special stages.

On Friday the crews could not enjoy the luxury of a service break between the loops and the only chance to take a proper care of the cars came in the evening. In the meantime the competitors had to complete almost 90 kilometres of special stage without any outside assistance. On the second loop Kajetanowicz and Szczepaniak moved into second position, closing the gap to the rally leaders. They are in a good position to attack on Saturday – they trail the leaders by just 10 seconds. Crucially, their main rivals – Rossel and Coria – were slower than the Polish crew on four of the five stages today and they are classified in fourth position.

– A proper competition in Acropolis Rally has just begun. We are in second position in our class and the gaps among the frontrunners are small, so this is going to be interesting right until the end. We fight for fractions of seconds and honestly I did not expect such tiny margins in this rally – and this is just the beginning. It was a long day but tomorrow it will be even longer. I am tired but happy at the same time. I enjoy my driving a lot because I have been waiting so long for this. Tomorrow we will do our best, just as we did it today