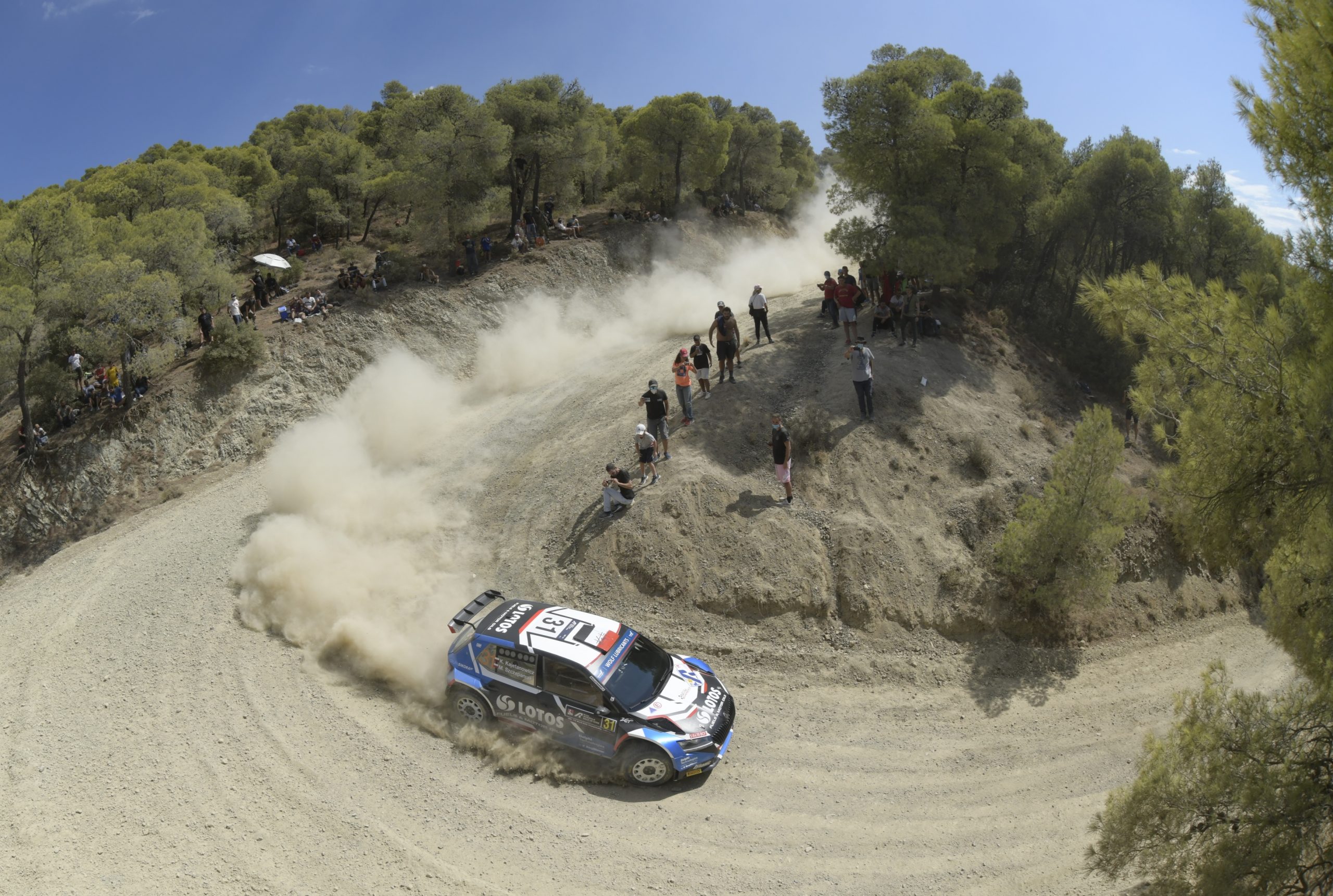 Acropolis Rally 2021: Kajetanowicz gains another position, finishing the day with a stage win

Kajetan Kajetanowicz and Maciej Szczepaniak moved up the order in Acropolis Rally classification on the second loop of Saturday’s leg. The Polish crew recorded fourth-fastest time on SS11 Pavliani 2 (24.25 kms) and set a brilliant pace on SS12 Eleftherohori 2 (18.14 kms), winning this stage in the WRC-3 category. They defeated current rally leaders by over 10 seconds and regained second position in the rally classification. There are three more stages to go on Sunday, including the longest test of the whole event – 33-kms long Pyrgos stage.

The crews have completed the longest day of Acropolis Rally, contested in good weather conditions – although there were some damp places, with mud on the road. The competition in the WRC-3 category is very tight, with excellent pace among the top crews – often faster than factory WRC-2 cars. Kajetanowicz and Szczepaniak finished the day in great style, winning the final stage with huge advantage.

– We have completed another day of fierce competition in Acropolis Rally. Some stages were not lucky for us and you could argue that particularly one of them was a real weak point. We lost some time there, possibly it cost us the lead in the rally after today’s leg. However, on all other stages we performed really well, even defeating the factory crews. I am happy because for us it is important to show good pace. We have only three stages on Sunday but this will be a long day and all gaps might close – either to our rivals in front or to the crews further down the order. Still a lot can happen and we need to stay completely focused

The rally showdown takes place on Sunday. This day starts with 23.37-kms Tarzan stage, followed by the longest test of the whole rally – 33.20-kms Pyrgos stage. Bonus points will be scored on shortened version of Tarzan (12.68 kms), run as Power Stage. The complete route of Acropolis Rally is over 292 kilometres long and the competition ends at around 13:00 CET.