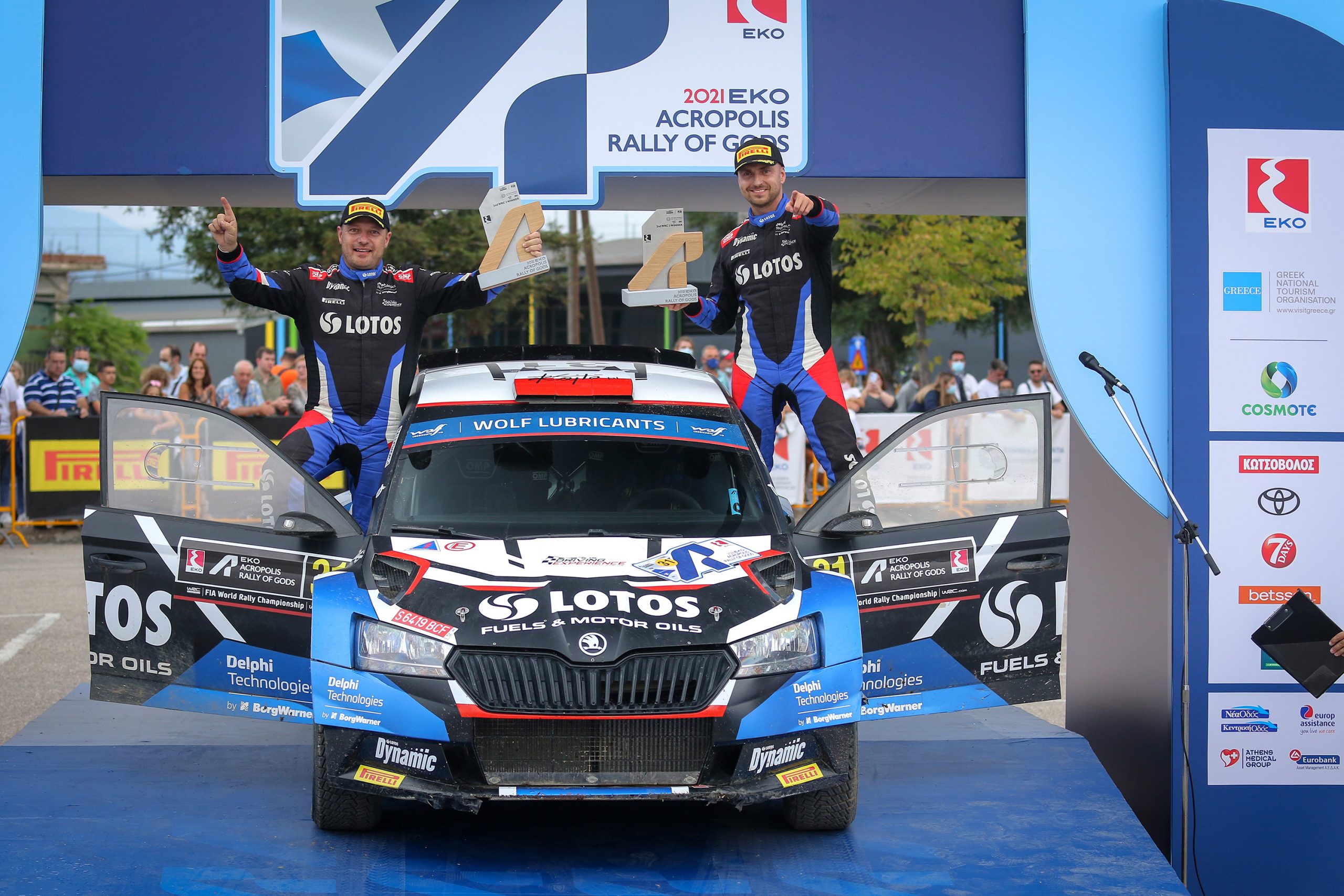 Six stage wins and top-three times on eleven special stages – Kajetan Kajetanowicz and Maciej Szczepaniak demonstrated excellent pace in Acropolis Rally, wrapping up second place in the WRC-3 standings. This is their fourth podium finish in five outings in the 2021 championship: apart from Greece, they won in Croatia and Portugal, adding another runners-up spot in Estonia. Moreover, the LOTOS Rally Team crew scored additional five points for winning the Power Stage Tarzan!

Acropolis Rally returned to the World Rally Championship calendar after eight year’s break. In the meantime it formed a part of the European Rally Championship schedule and Kajetanowicz wrapped up two wins in this event. His second place, scored this year, means that he has four podium finishes in Greece under his belt. The Pole, co-driven by Maciej Szczepaniak, has shown great speed right from the beginning – proving his pace with excellent stage times. On some tests he defeated factory crews and was classified just behind the WRC cars

– I love the Acropolis Rally, it has always been good for me and this was also the case this year. We scored another podium finish, in second position, adding maximum points score for the Power Stage. Our team, as always, did the best possible job in order to win the rally, to leave Greece with fantastic memories. However, this time it was not enough. I am happy with our achievements, we can be proud of another stage wins and of our pace which enabled us to defeat the factory crews. We are pleased with our fourth podium this season but I promise you that we will not give up in our fight for the 2021 World Rally Championship title. I love this sport also because it is unpredictable and this brought us plenty of excitement over the last few days. We feel strong and our preparations ahead of the next rally now gather even more pace. Thank you for your support. I always want to do my best for our partners and supporters. In particular, I want to thank my family – they know very well that this fight can cost a lot. I love you!